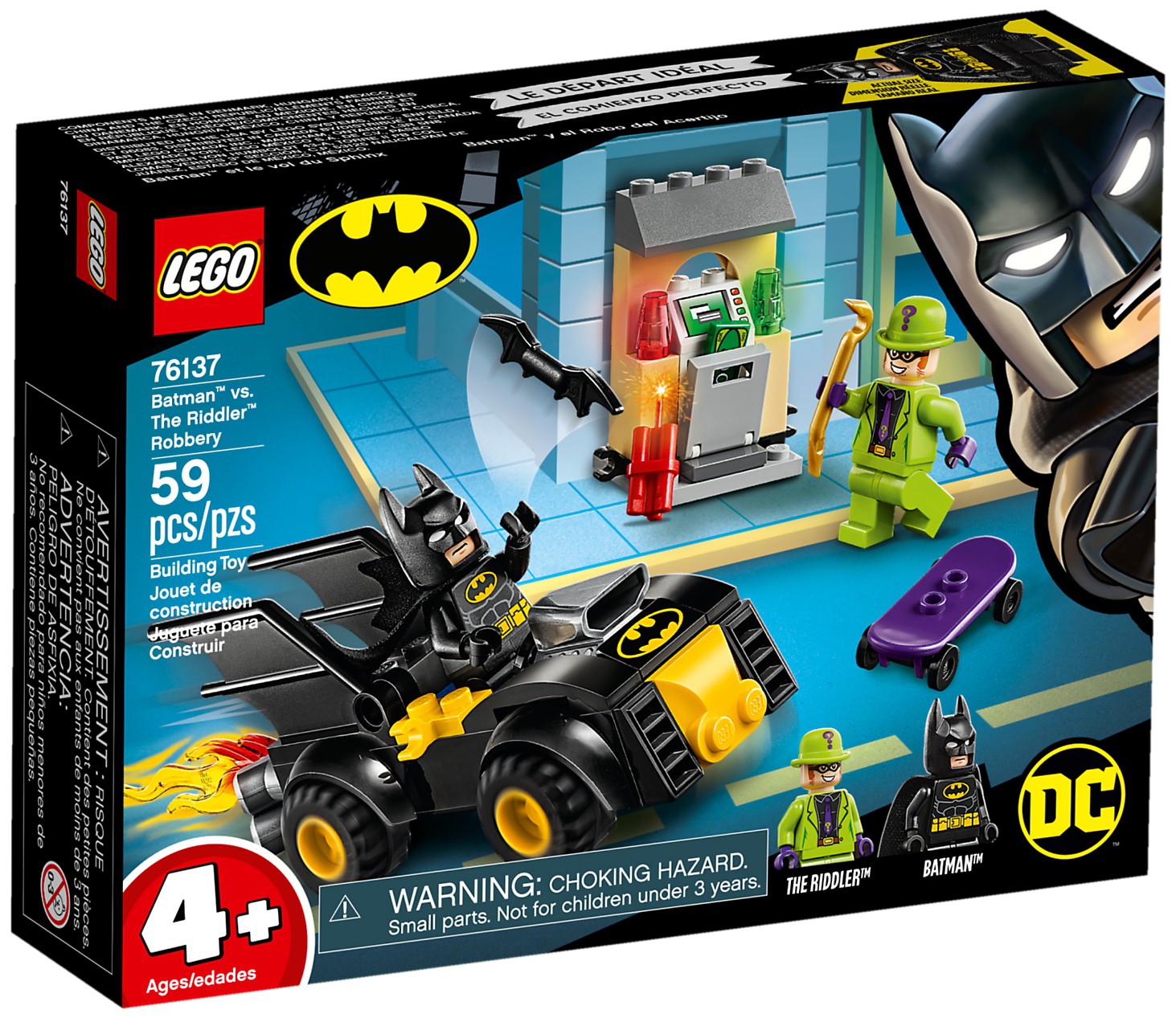 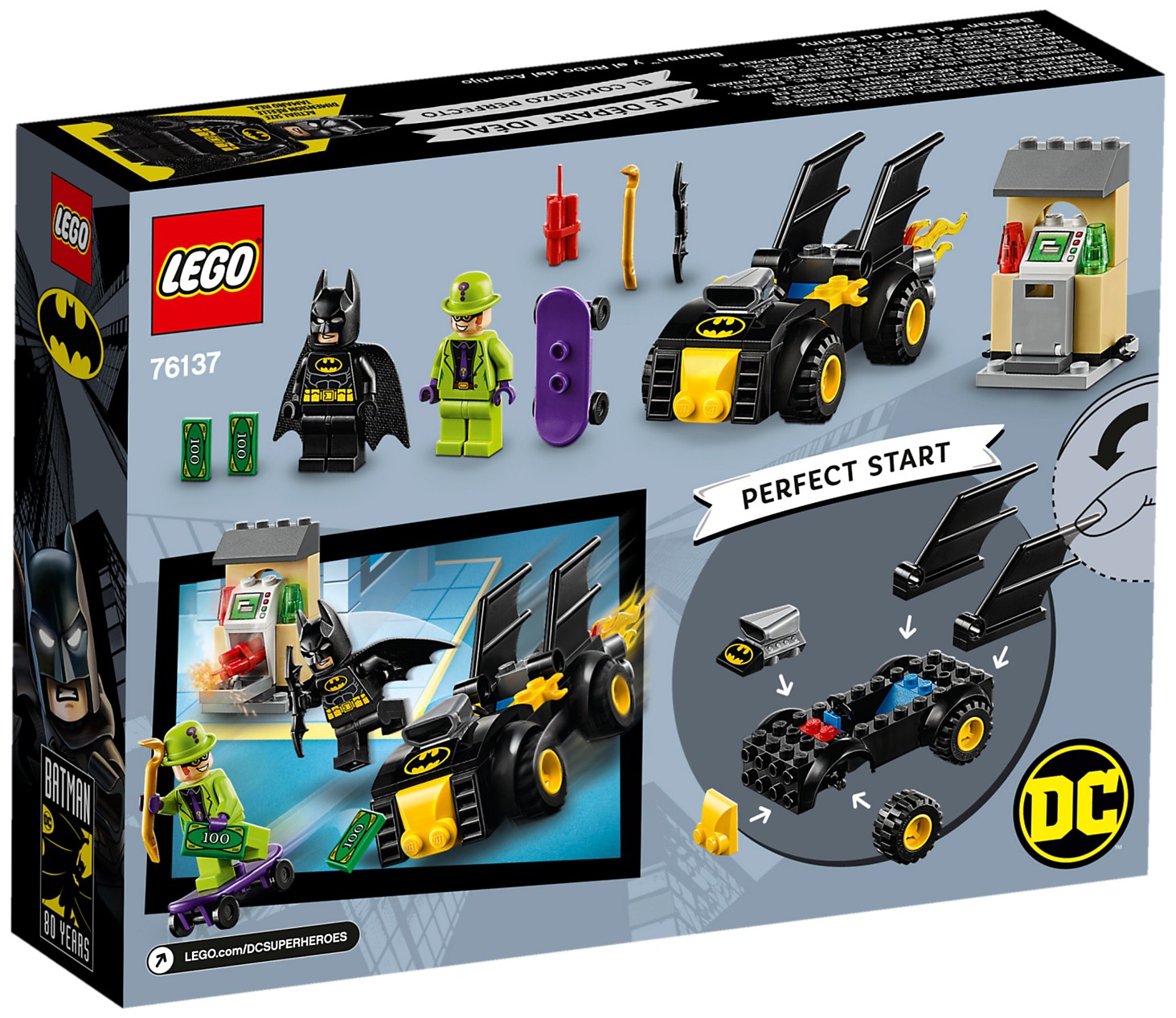 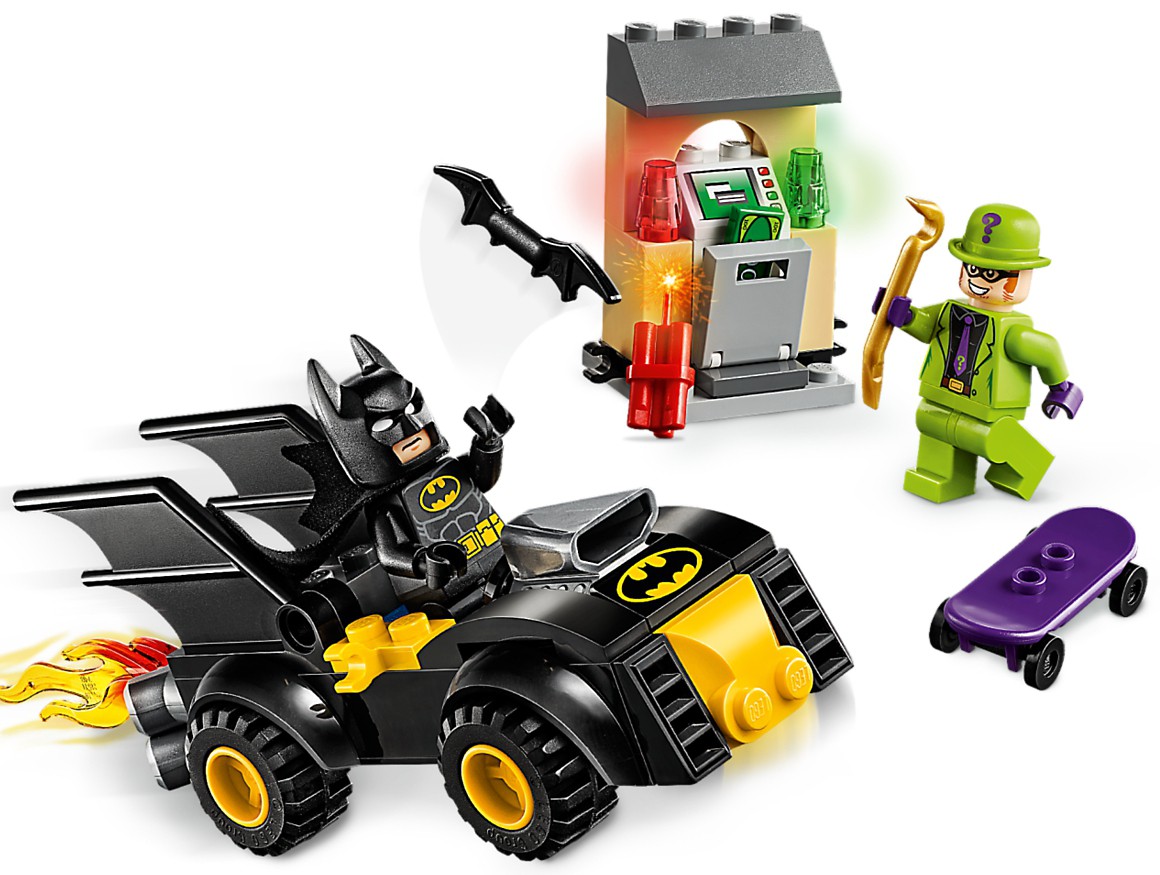 Fun-packed Batmobile™ toy playset for young kids aged 4 and over!

Give preschoolers and youngsters a fun introduction to super-hero adventures with this LEGO® DC Batman™ 76137 Batman vs. The Riddler™ Robbery toy playset. This easy-to-build LEGO 4+ safe learning set features a Batmobile™ toy car with a special Starter Brick chassis that lets even first-time builders experience the pride of constructing buildings, vehicles and more, all on their own. The included simple guide to build and play will also help young builders understand the purpose of the building instructions and expand their imagination and confidence. This super-hero toy playset also includes a buildable ATM cash machine with an attachment point for dynamite. An ideal super-hero gift for Batman fans, children will love role-playing their own stories with 2 minifigures plus weapons and accessories including The Riddler’s buildable skateboard.

LEGO DC building sets include famous DC characters as well as showcasing the classic curves of the famous Batmobile car. Explore the exciting world of the DC Universe heroes and villains. You and your child will love recreating the world of action and adventure with LEGO DC Building sets.