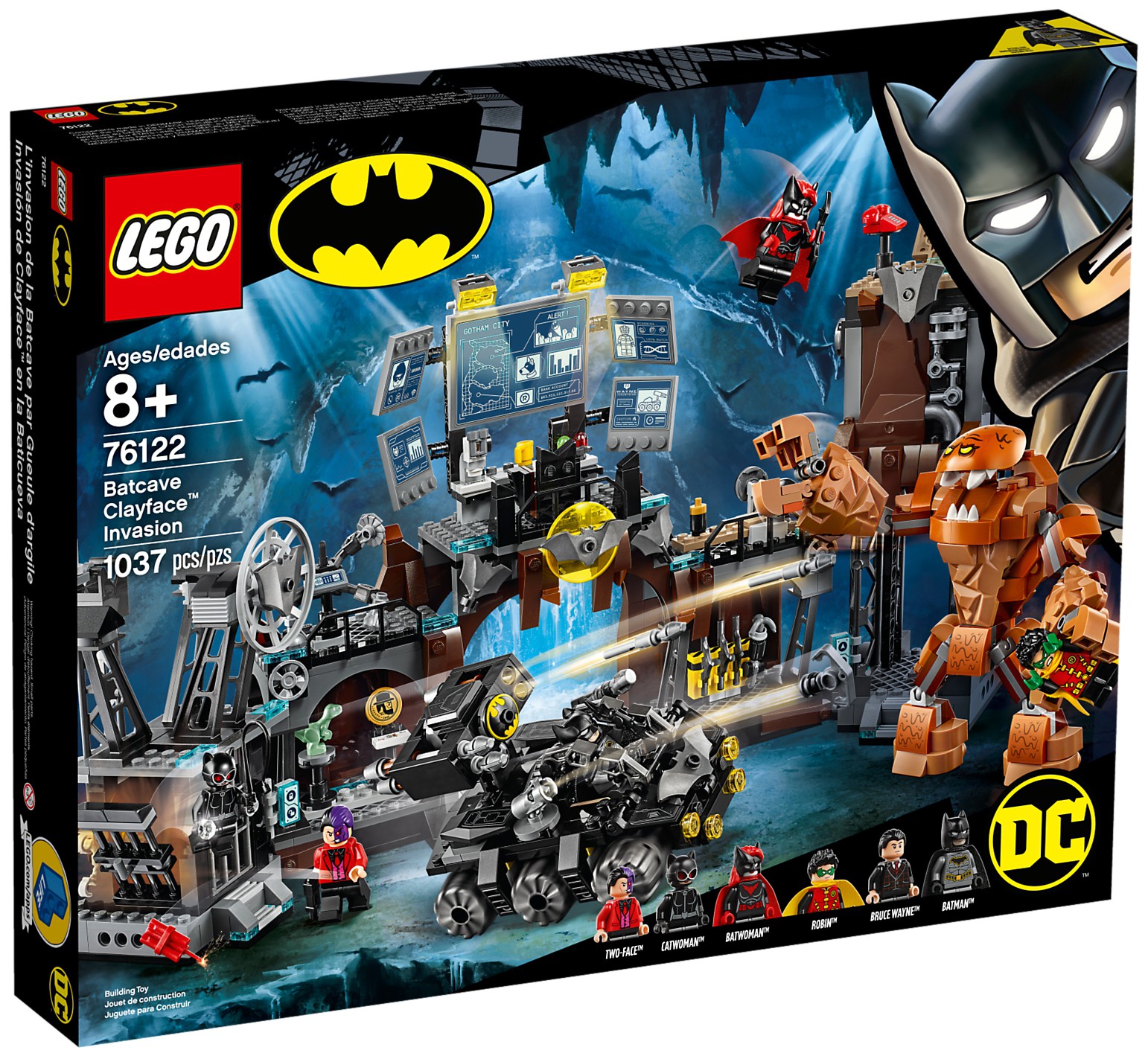 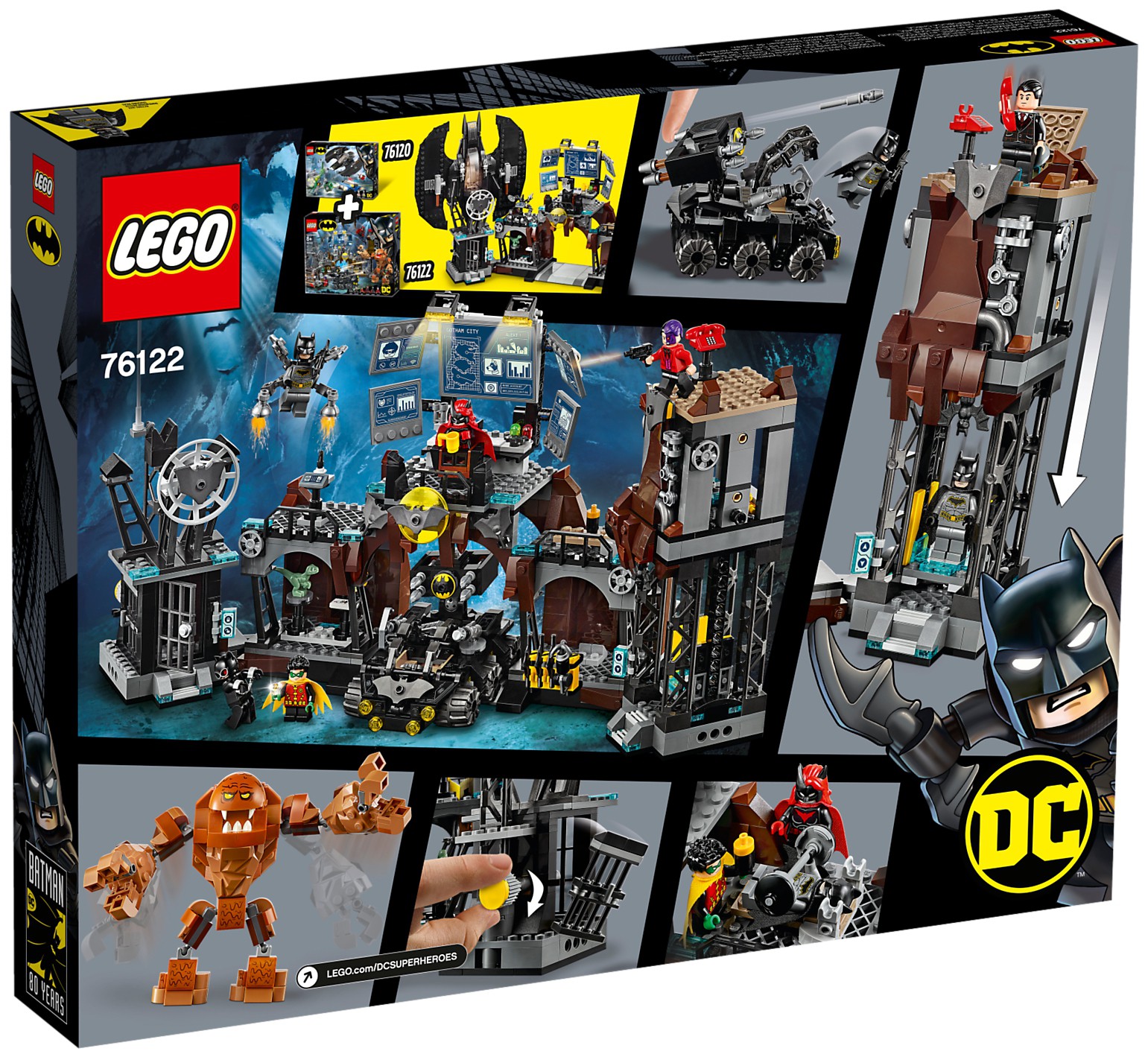 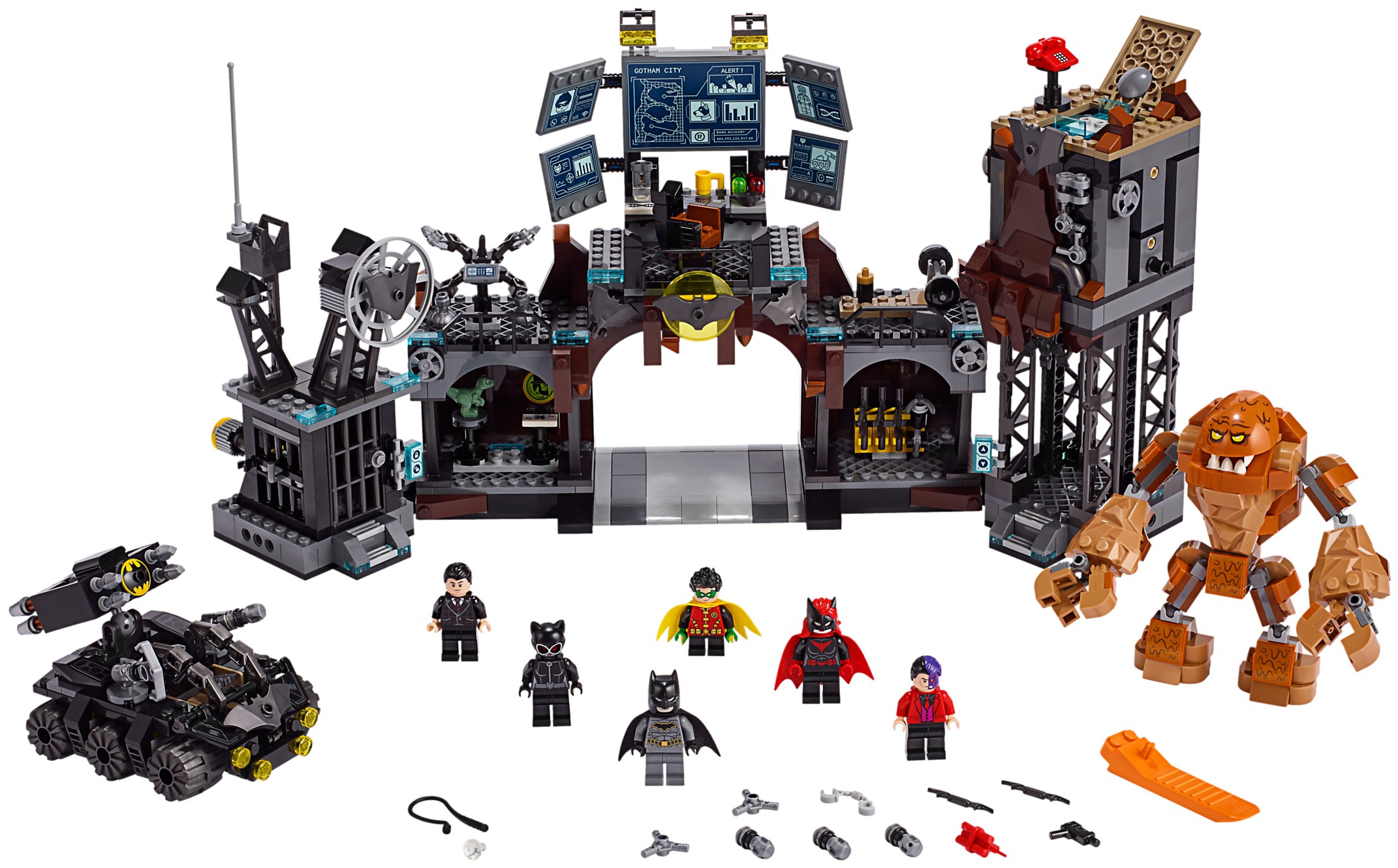 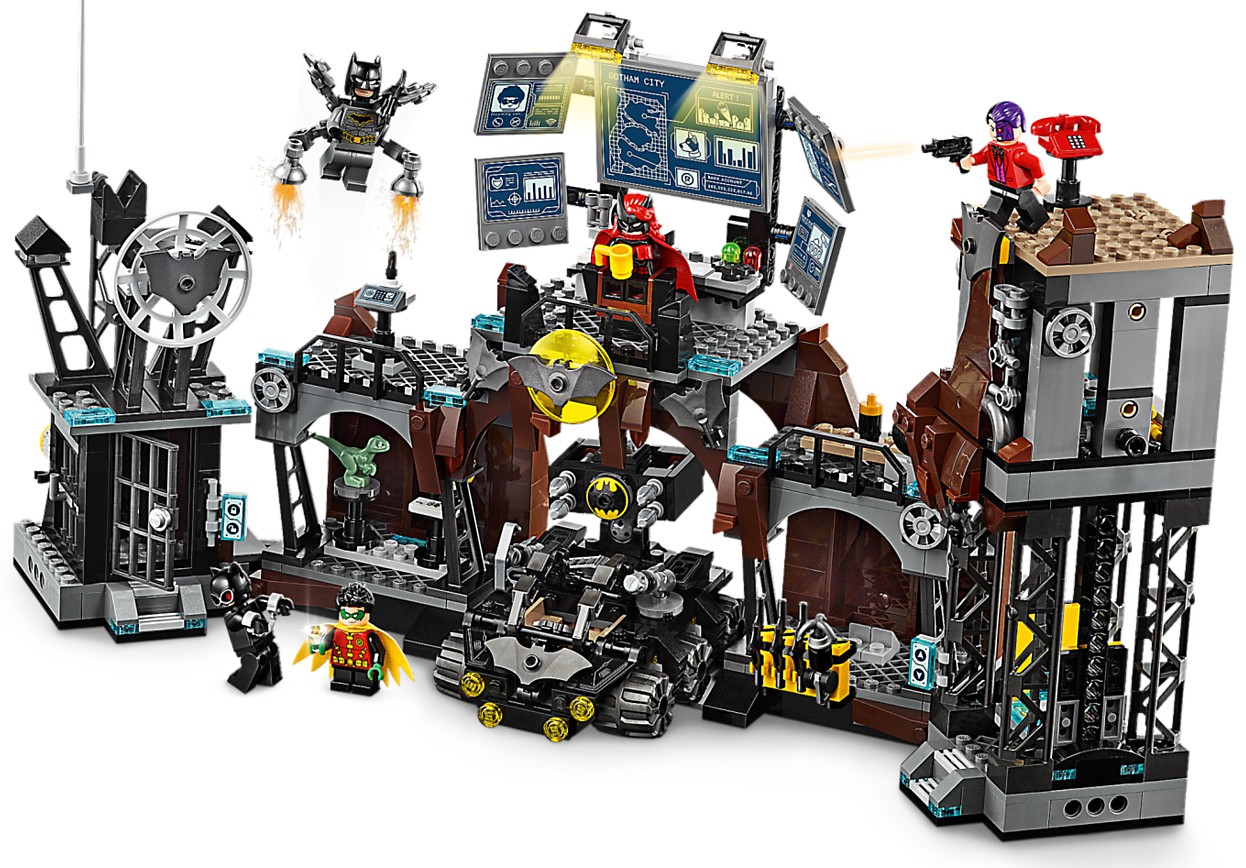 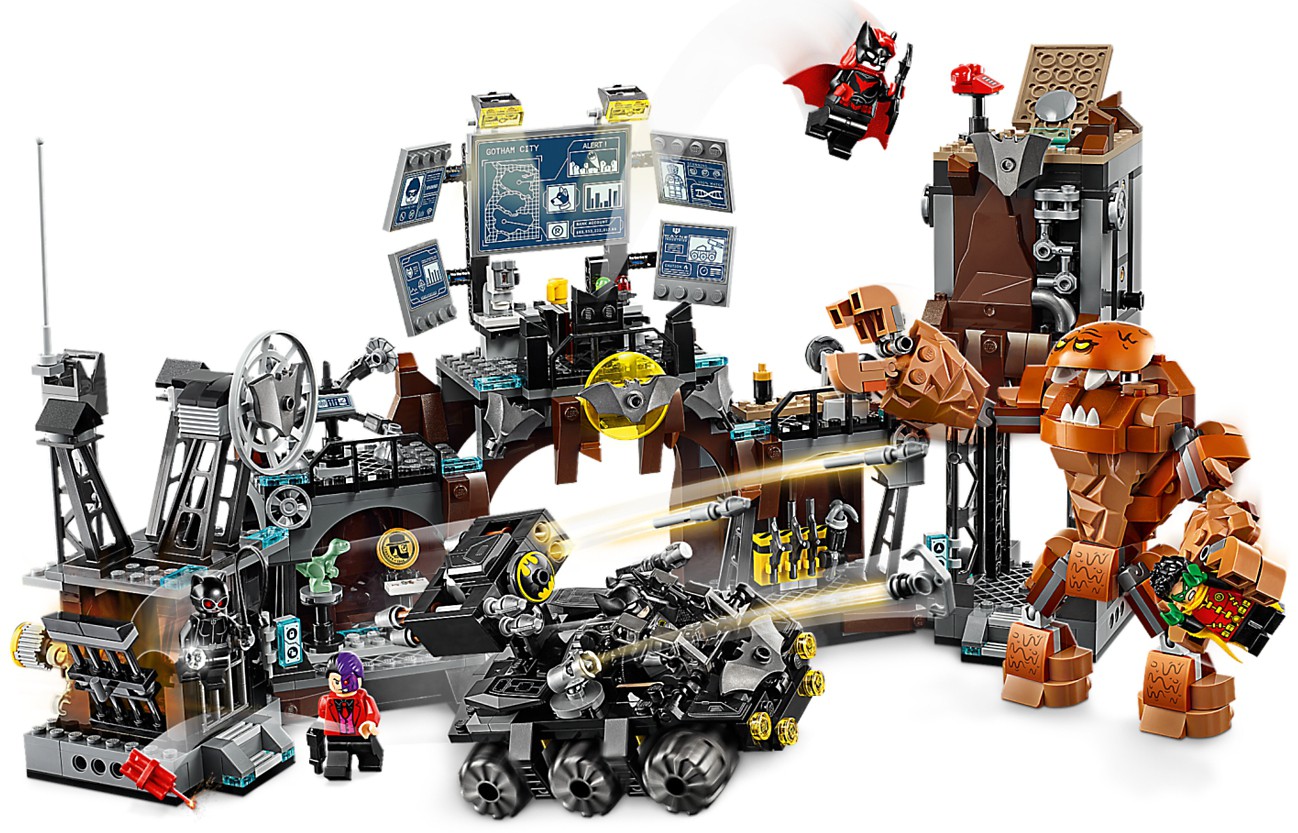 Inspire kids to create their own thrilling stories with this 1,037-piece LEGO® DC Batman™ 76122 Batcave Clayface™ Invasion construction toy. The Batcave is packed with play-starting features and functions including a Batcomputer zone, detachable transformation tower with a function to ‘transform’ Bruce Wayne™ into Batman and a detachable jail building with an explode function to play out a prison break. This super-hero toy playset also includes the Bat-Tank™ with a rotating turret with 4 flick missiles, plus a stud shooter and hook shooter, each of which can be detached and used as minifigure weapons. Children can also get creative by using the included Action Pack elements and Bat Family Pack elements to customize builds, minifigures and weapons. And with 6 minifigures and a posable, big build Clayface, this cool kids’ toy makes a great super-hero gift for Batman fans.