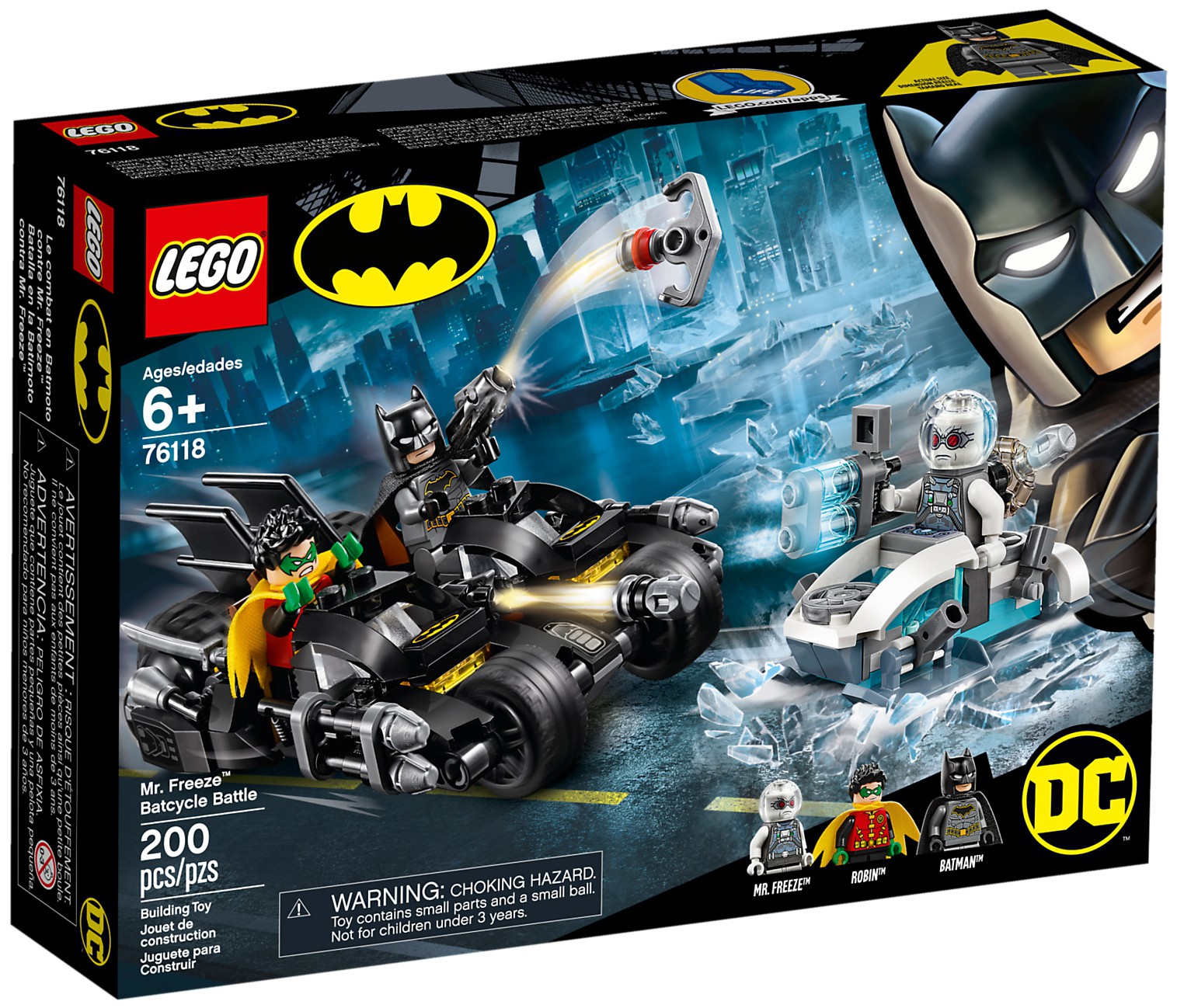 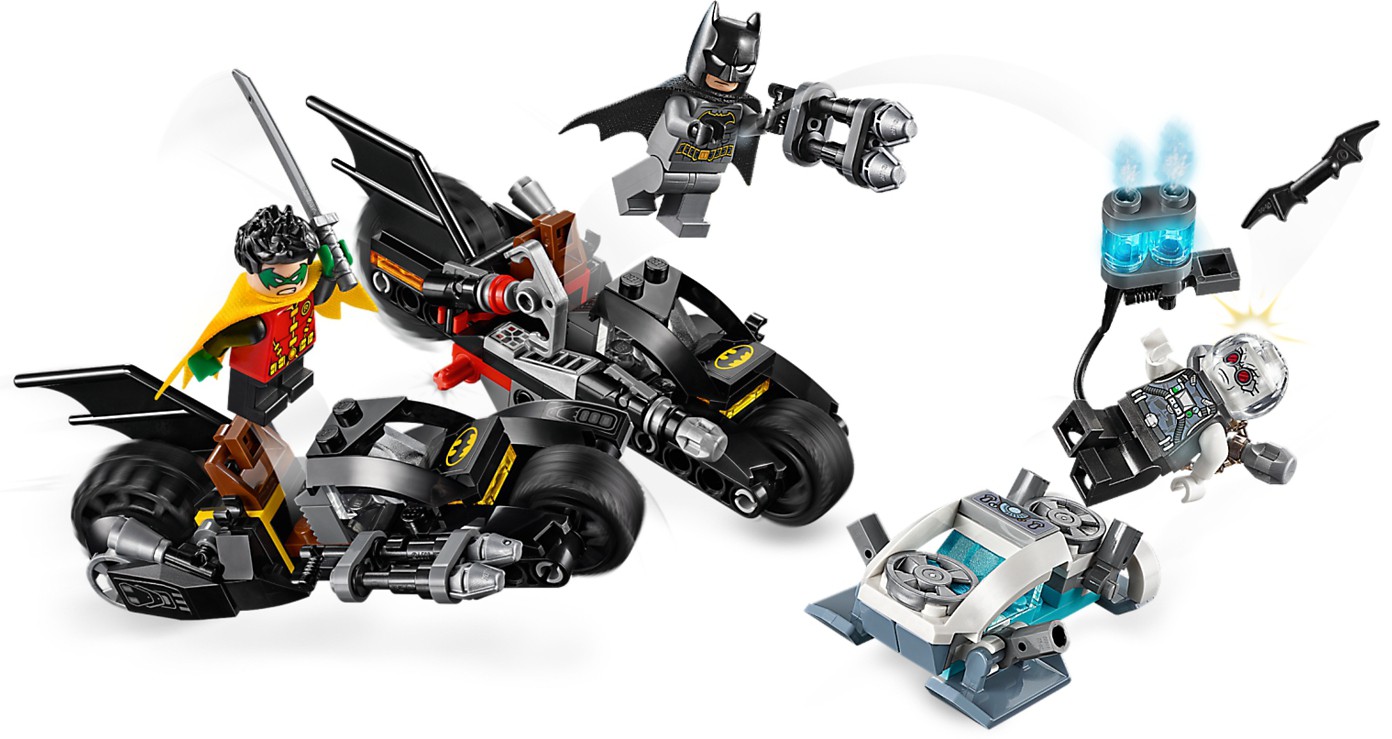 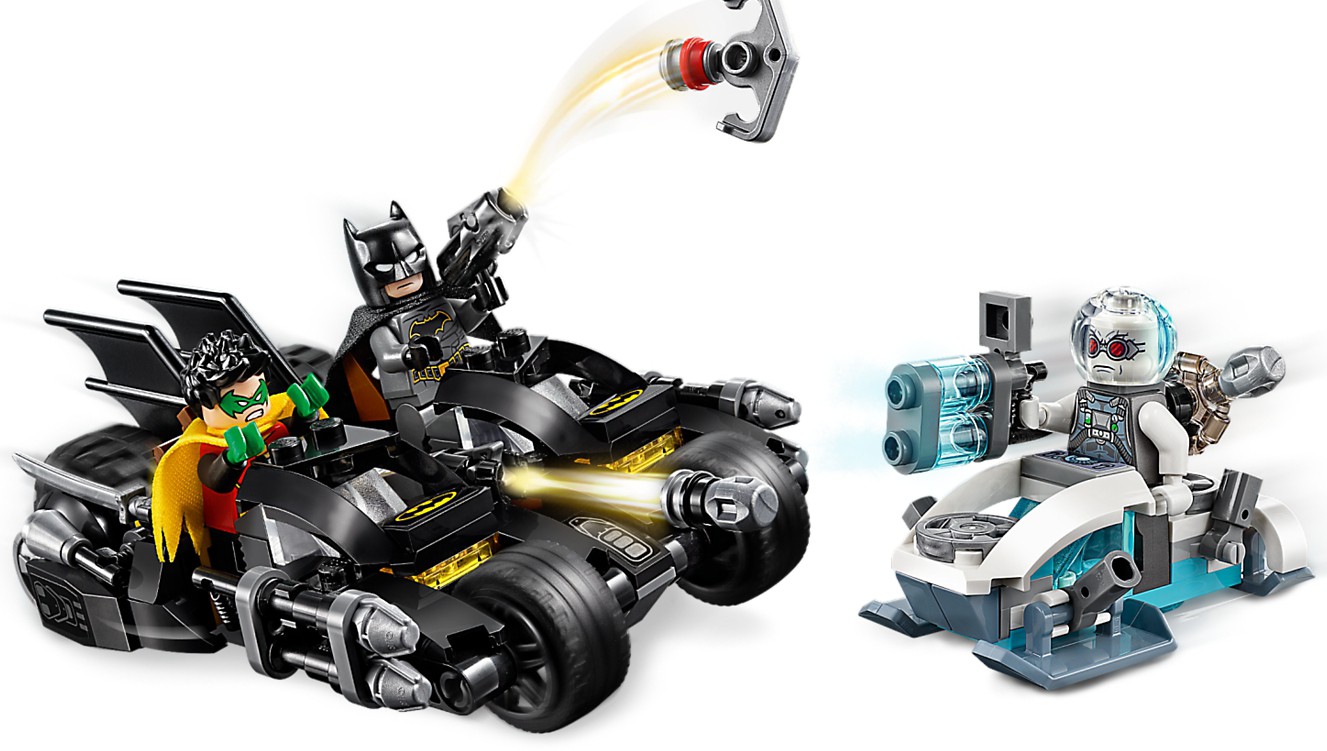 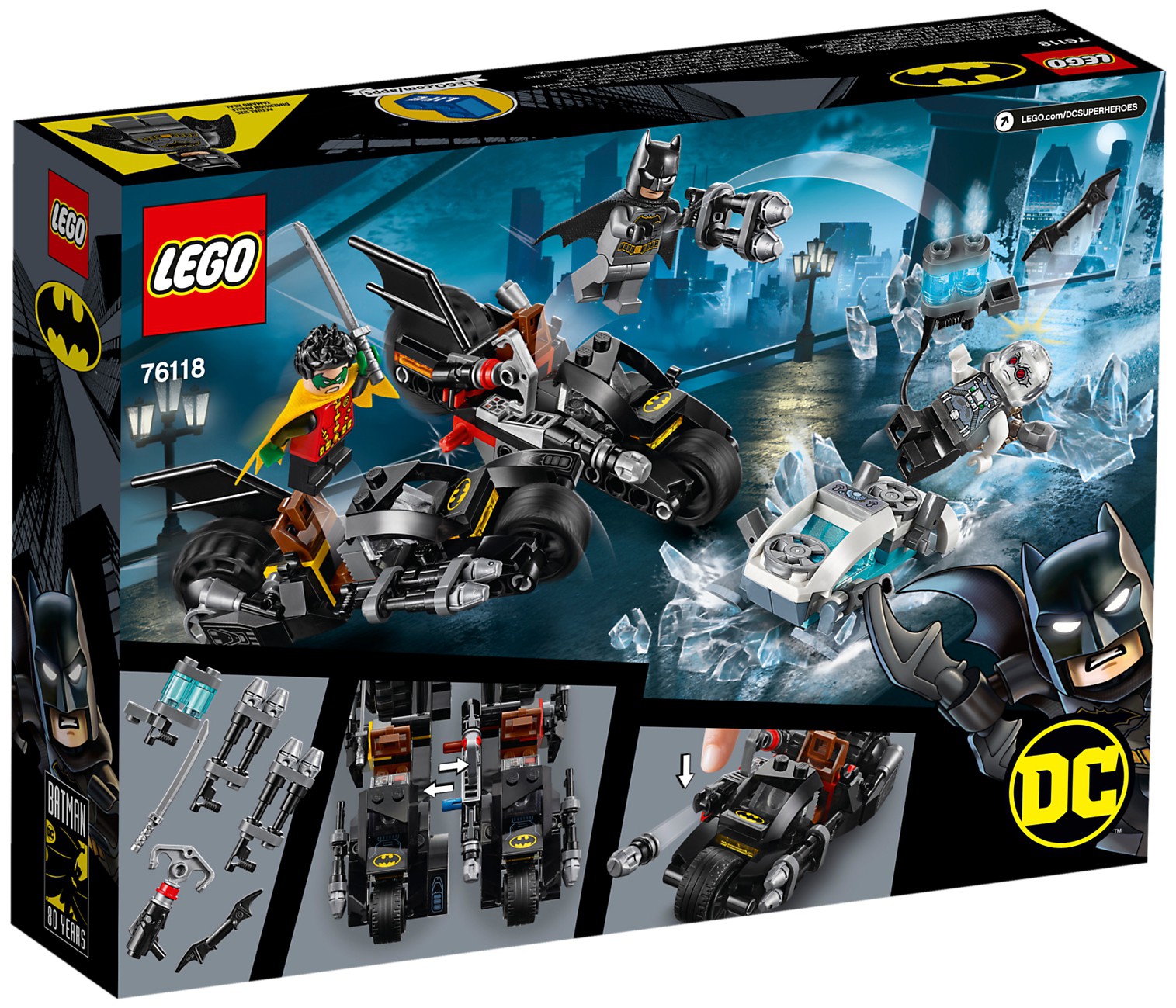 Children can create their own thrilling adventures as Batman™ and Robin™ and bid to save GOTHAM CITY™ from Mr. Freeze™ in LEGO® DC Batman 76118 Mr. Freeze Batcycle Battle. Great for solo or social play, this super-hero toy playset features the Batcycle with a dual minifigure cockpit, stud shooter and detachable weapons, and kids will love the split function to divide the vehicle into 2 separate bikes. Mr. Freeze’s snow scooter and backpack with attached freeze gun add to the super heroes vs. Super-Villain battle fun. This LEGO Batman toy includes 3 LEGO minifigures with weapons, plus 10 assorted Action Pack elements to customize builds, minifigures and weapons. Give any LEGO builder an amazing building experience with Instructions PLUS, available in the LEGO Life app for smartphones and tablets. The easy-to-use, intuitive building instructions let them zoom, rotate and visualize their creation using the special ghost mode as they go. Instructions PLUS is also great for younger builders, guiding them through the building process for a greater sense of independence and achievement.

LEGO DC building sets include famous DC characters as well as showcasing the classic curves of the famous Batmobile car. Explore the exciting world of the DC Universe heroes and villains. You and your child will love recreating the world of action and adventure with LEGO DC Building sets.