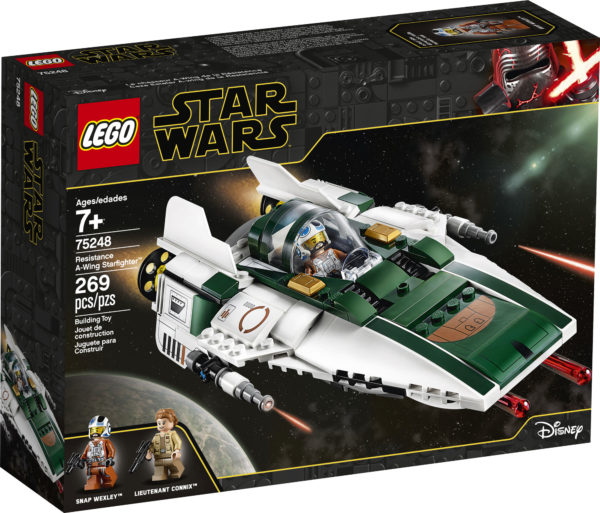 Thanks for sending such a beautifully wrapped present for my nephew - together with a card that said 3. Great service - I definitely recommend it!

Add an iconic A-wing to any Star Wars™ collection

Fly into Star Wars: The Rise of Skywalker action with the awesome Resistance A-Wing Starfighter! It’s got cool details, like spring-loaded shooters and an opening cockpit to sit Snap Wexley at the controls. You also get Lieutenant Connix, so whether you’re planning an attack against the evil First Order or just flying over the surface of a distant planet, this cool LEGO® playset is so much fun!

Let the LEGO® builder or Star Wars™ fan in your life enjoy this brick-built 75248 Resistance A-Wing Starfighter playset. Featuring an opening cockpit with space for the included Snap Wexley Star Wars character, retractable landing gear, non-firing wingtip cannons and 2 integrated spring-loaded shooters, this detailed starship from the Star Wars: The Rise of Skywalker movie will inspire young minds and makes a great collectible for any fan. The set also includes a Lieutenant Connix minifigure for even more fun space adventures.