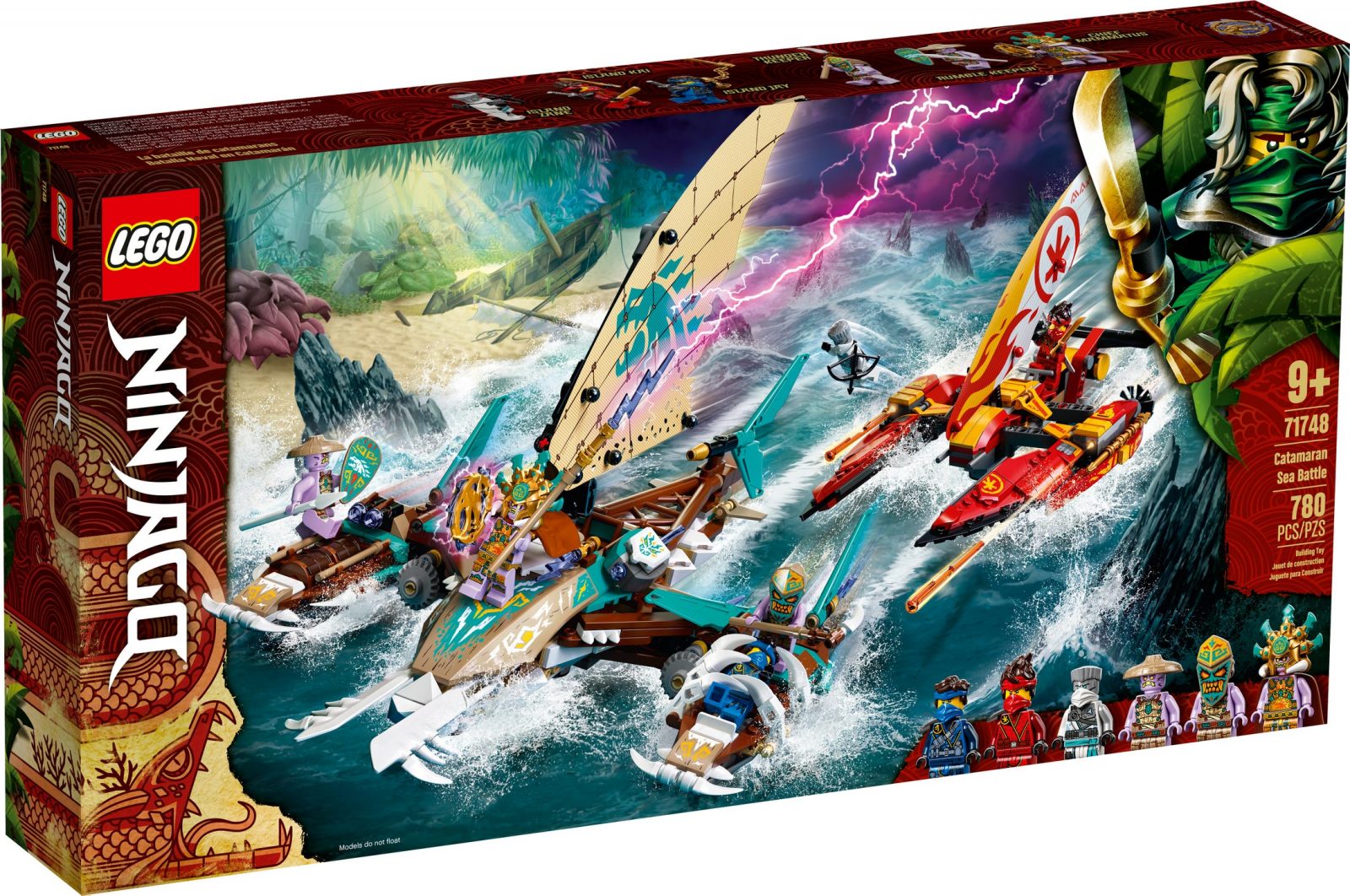 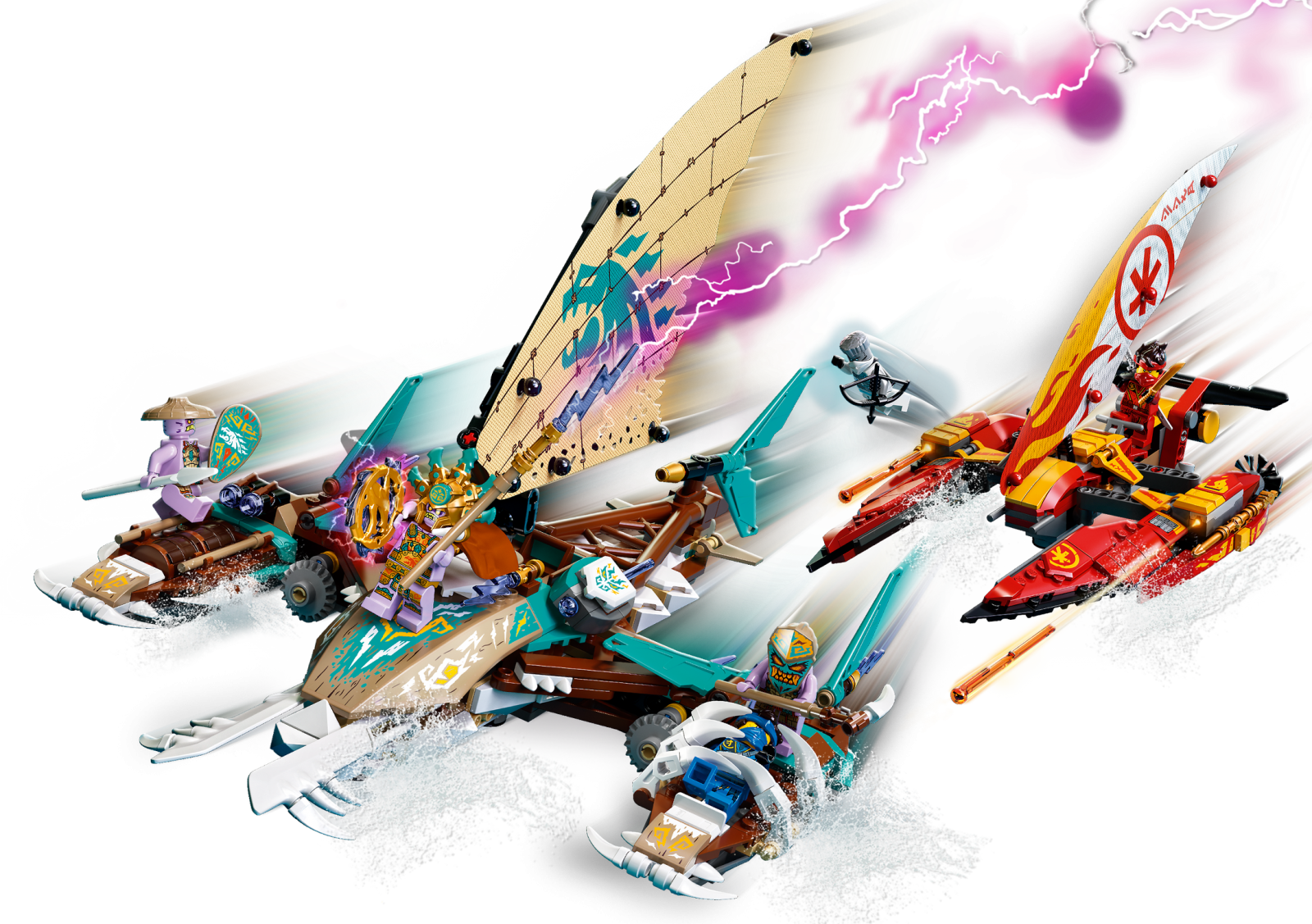 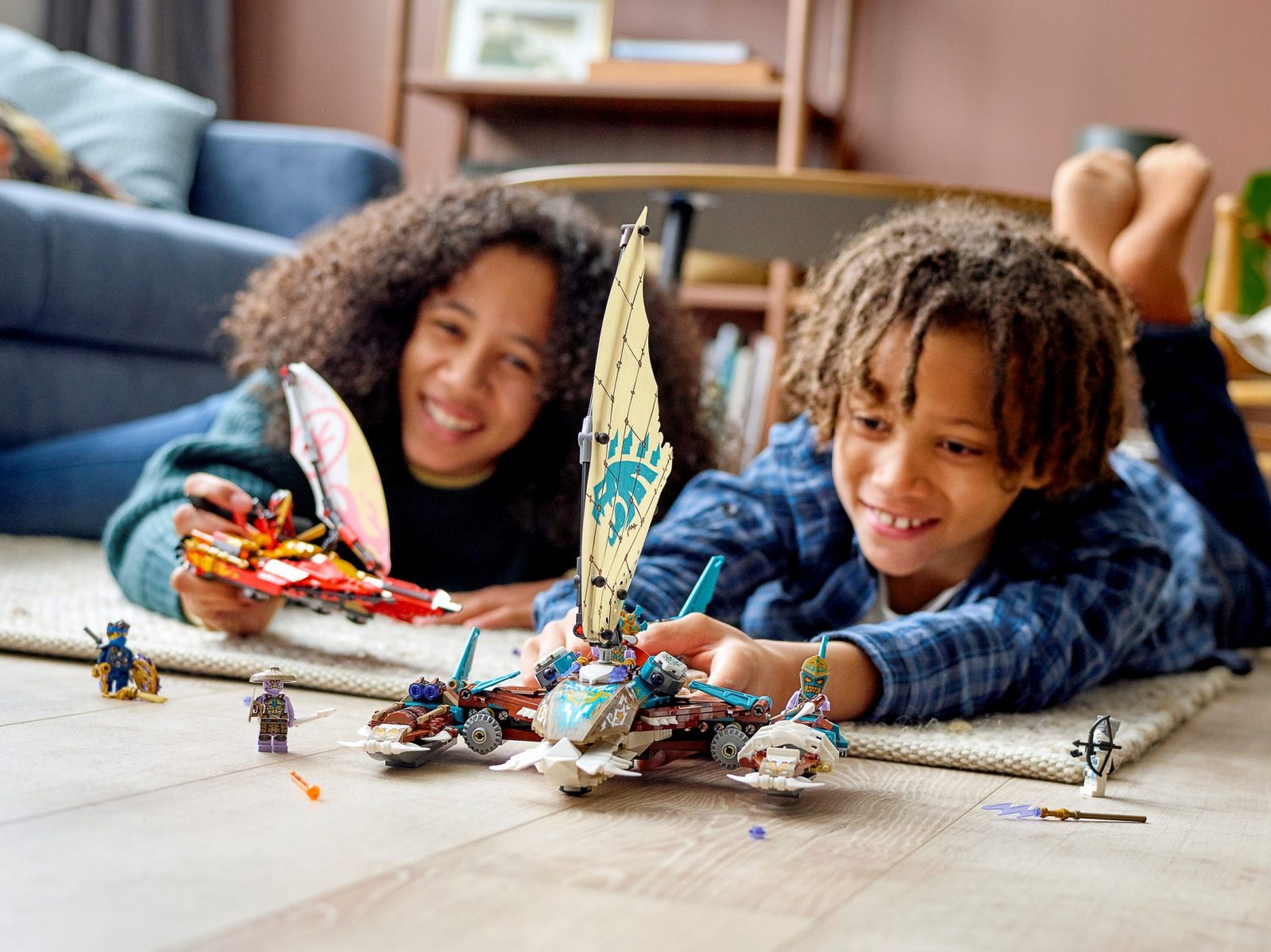 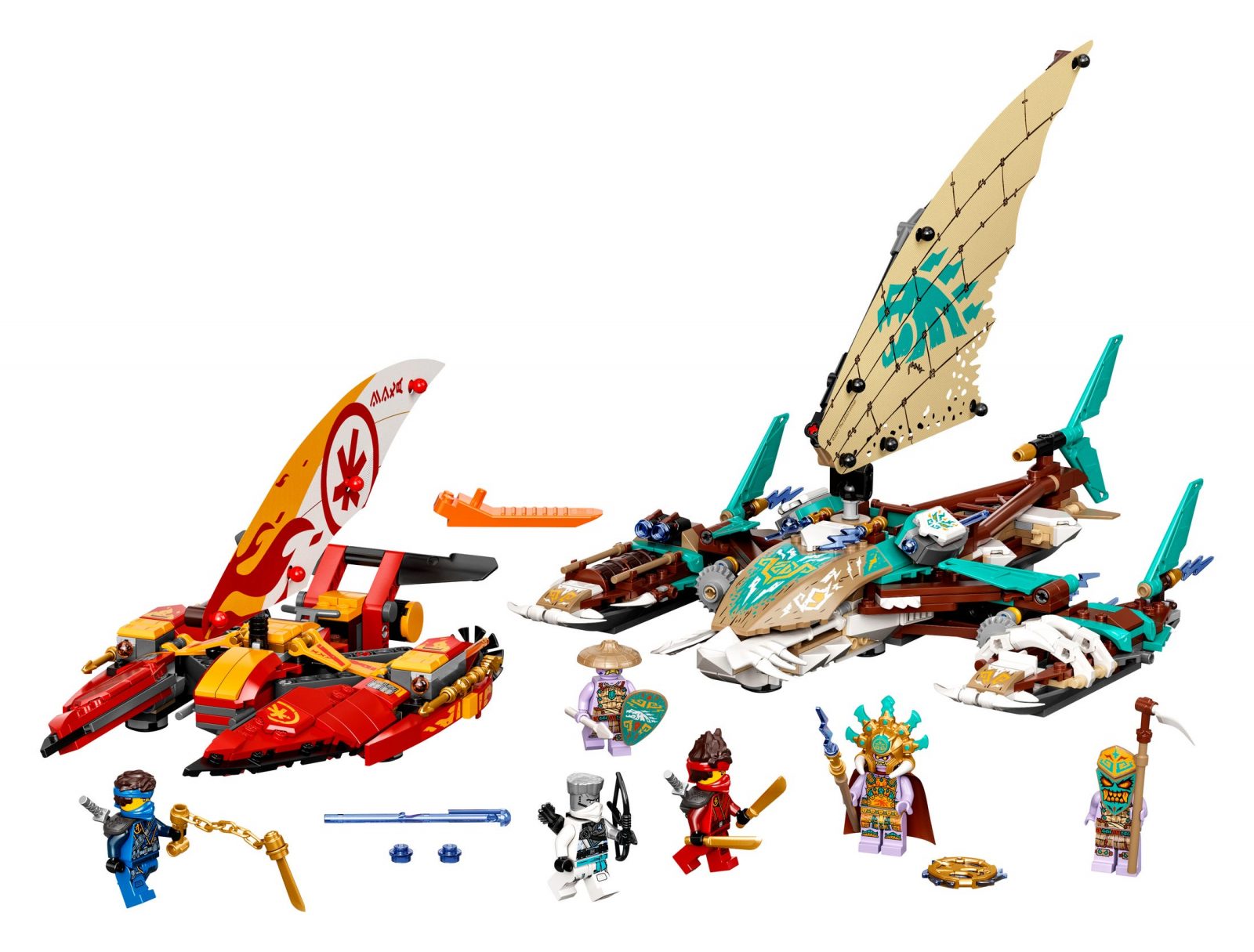 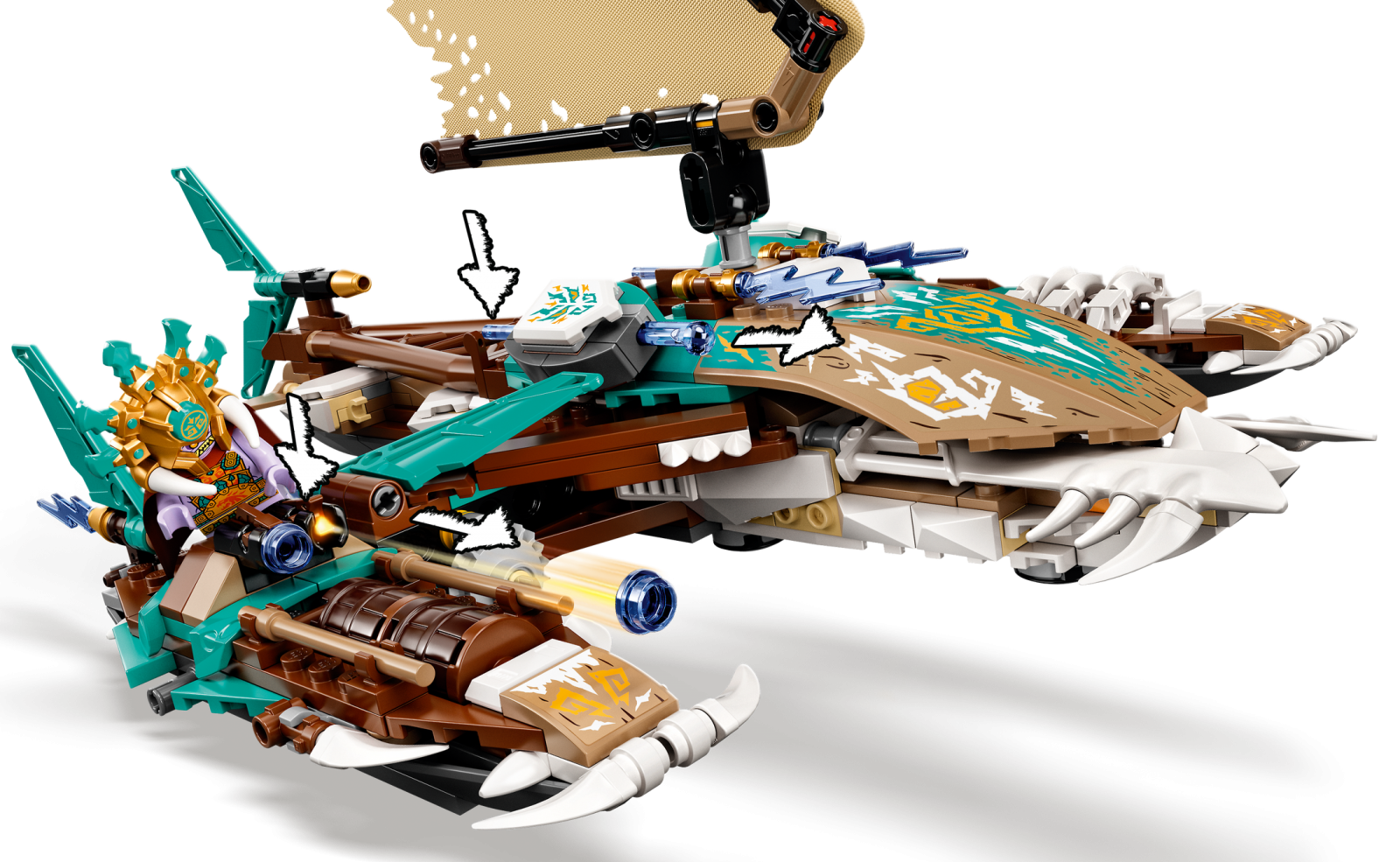 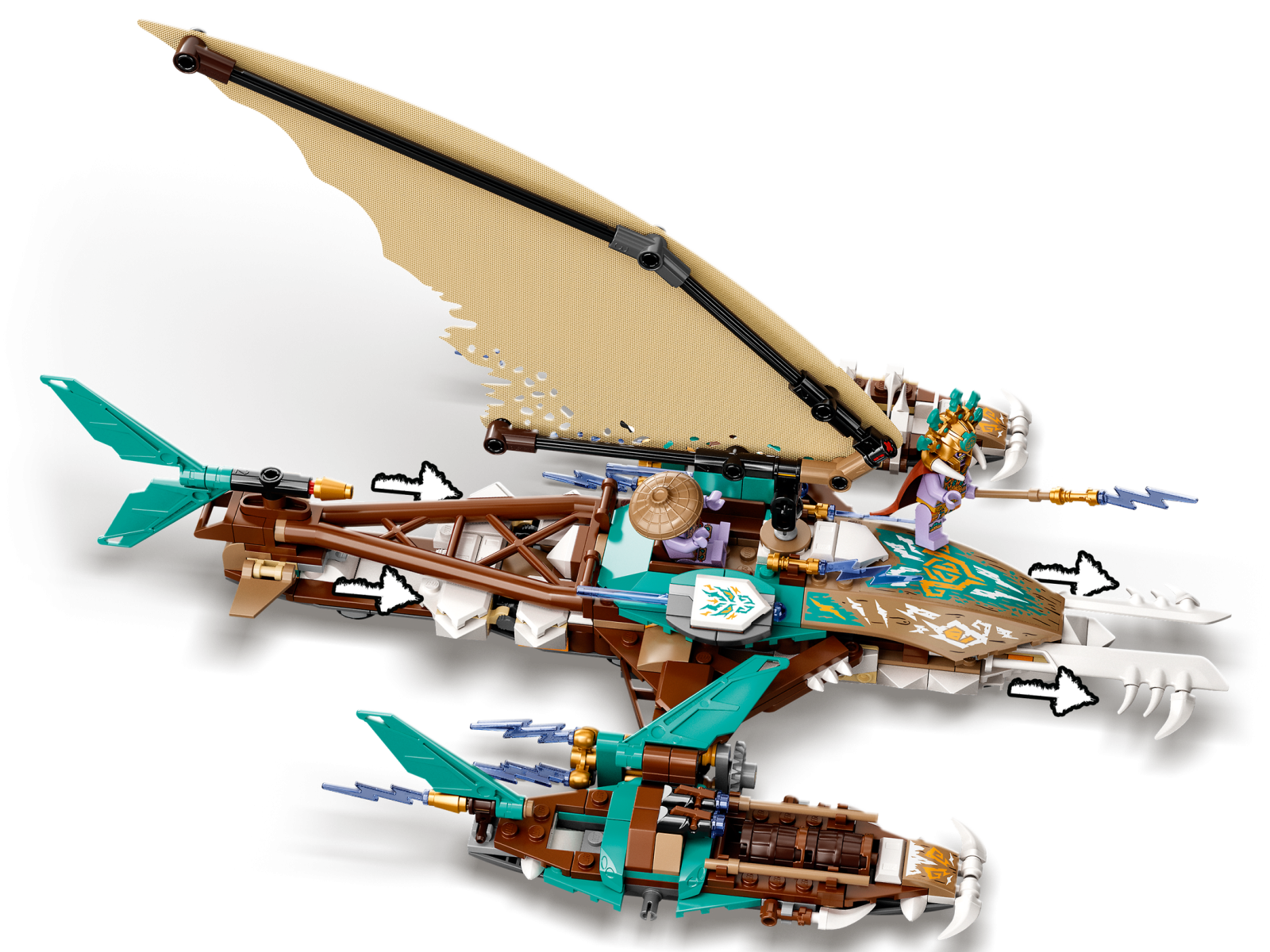 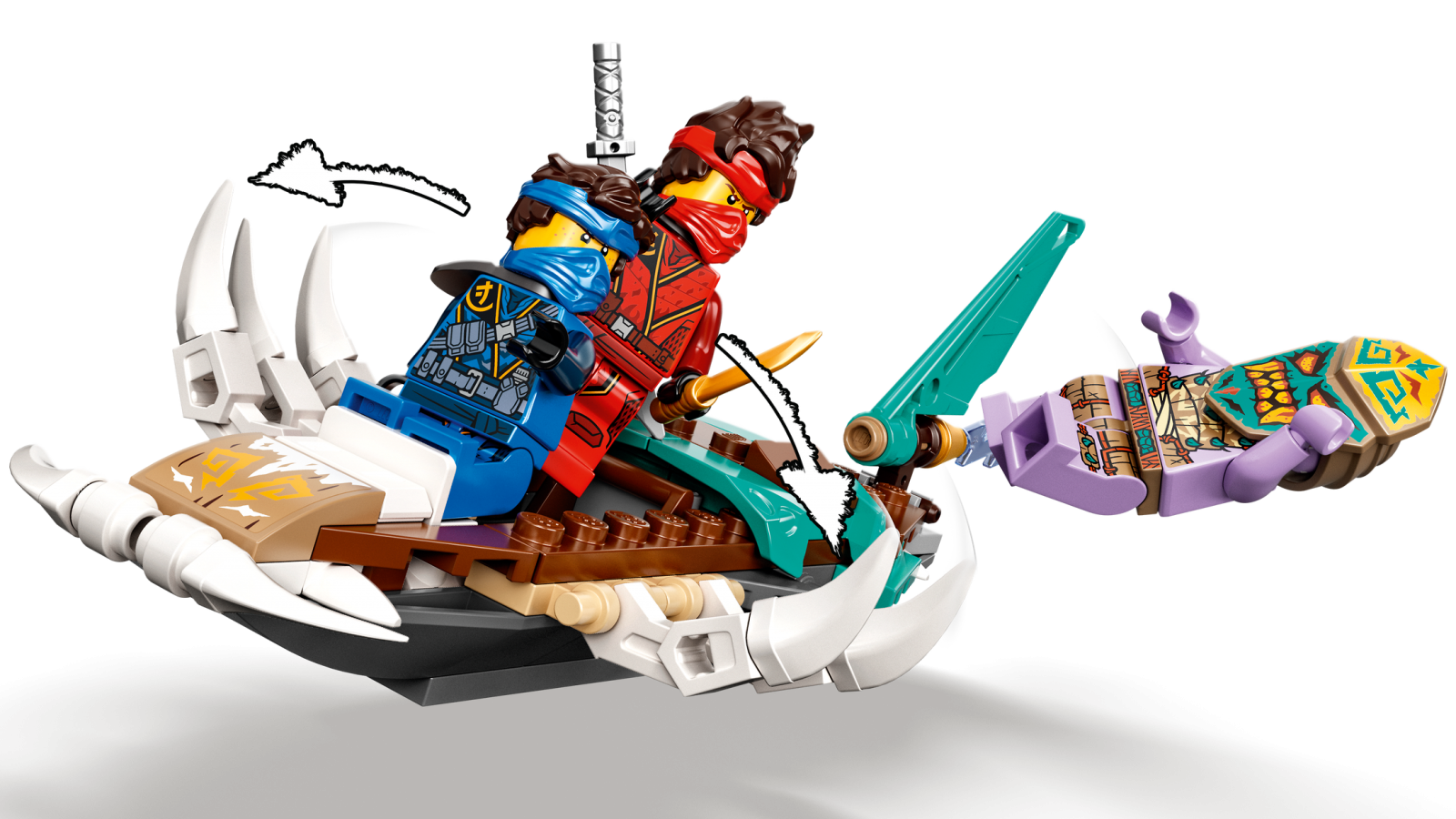 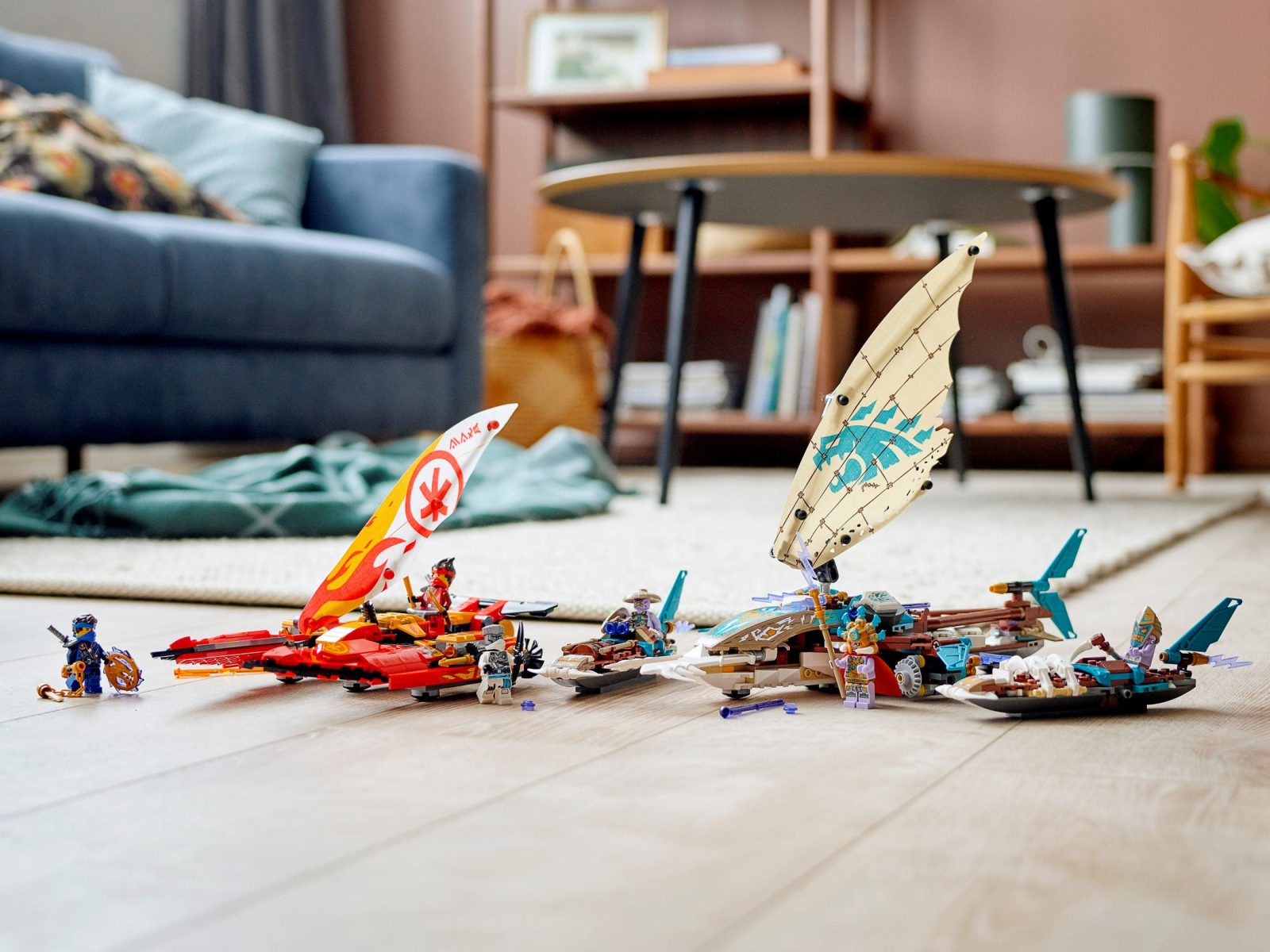 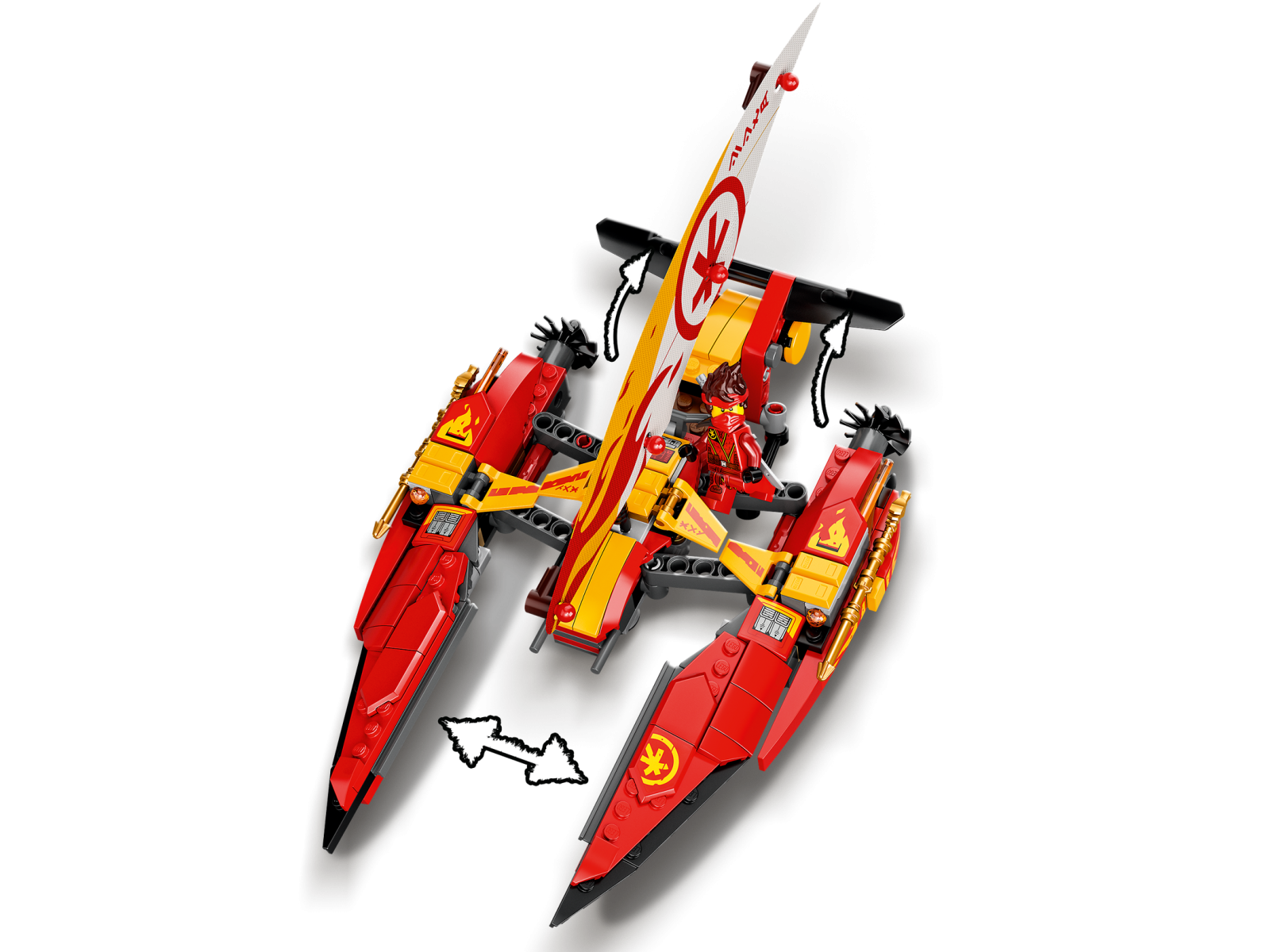 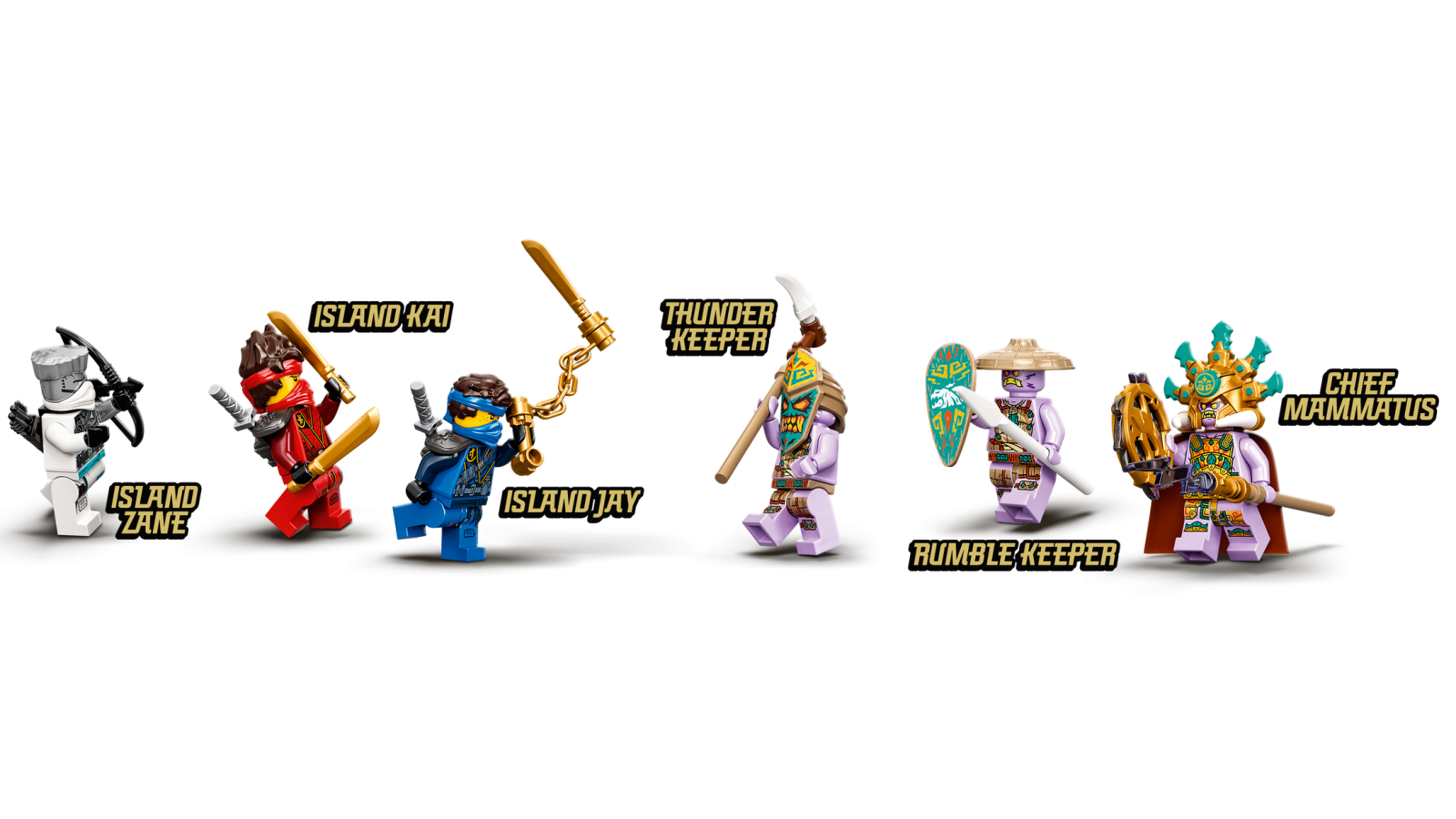 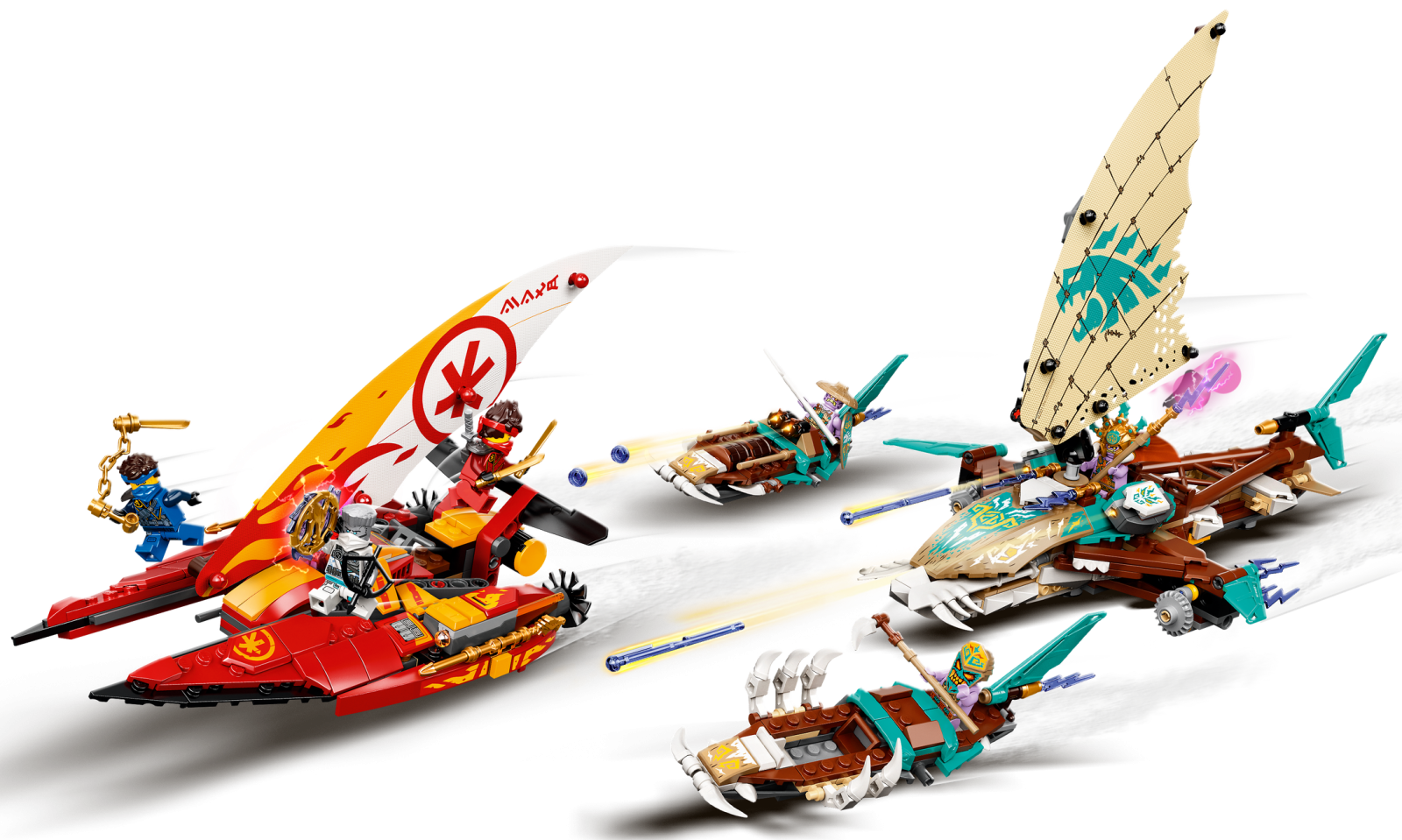 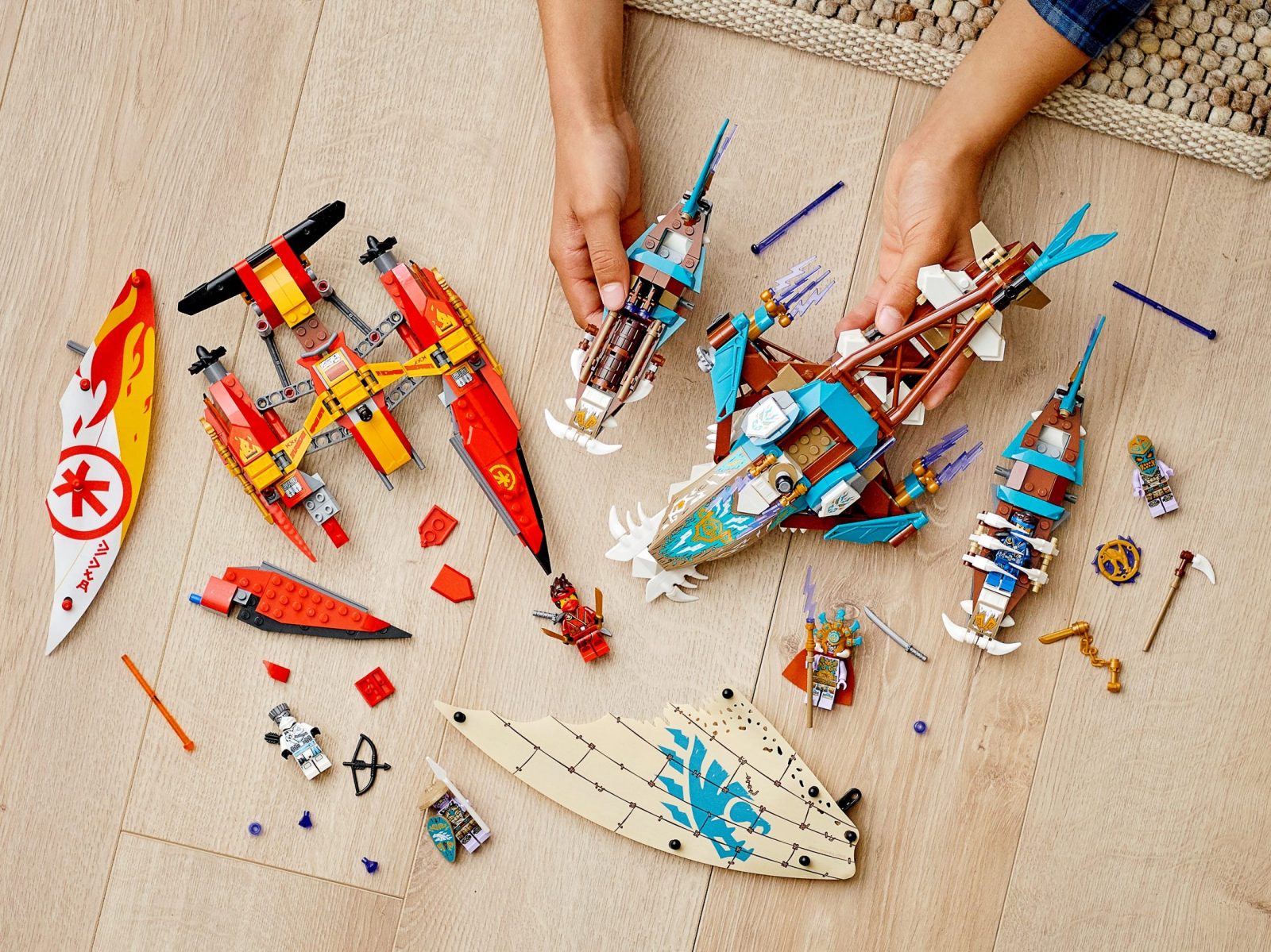 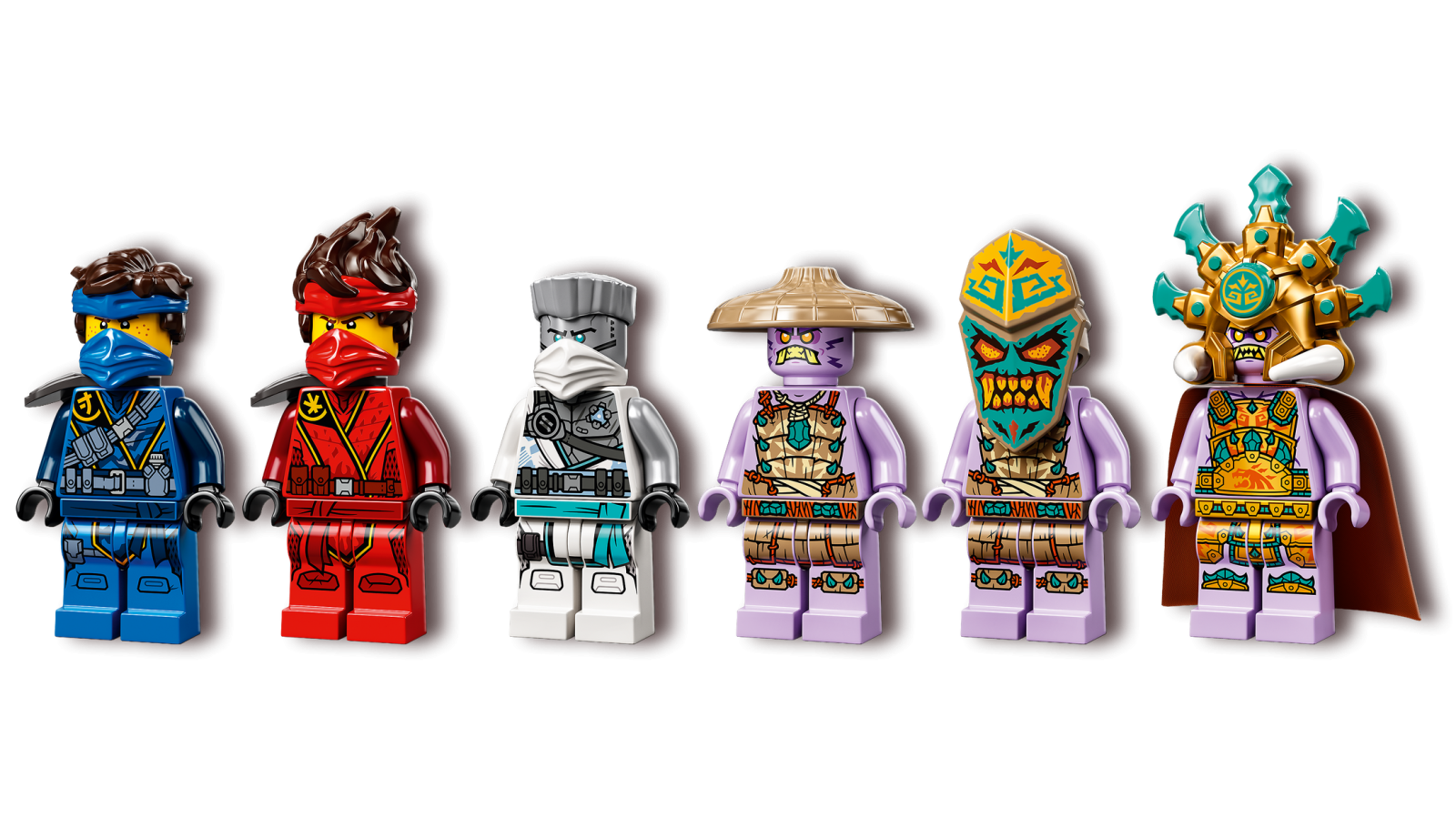 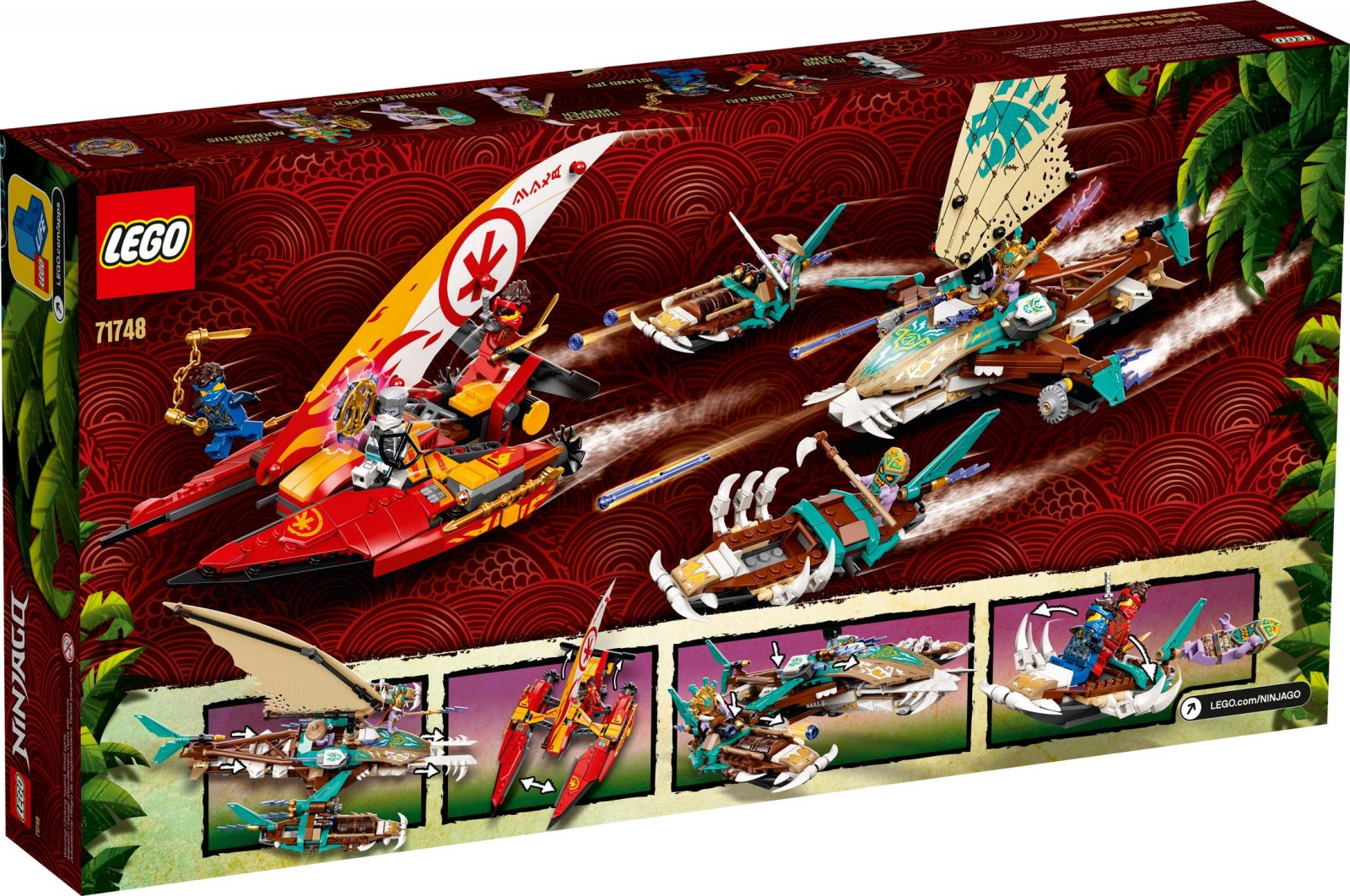 Exciting high-sea adventures await ninja fans with this unique and super-cool LEGO NINJAGO Catamaran Sea Battle (71748) playset. One of the 2 included catamarans splits in to 3 separate boat toys, one of which features a mini prison, so kids have all they need to enjoy hours of imaginative play.

Premium NINJAGO playset
This ninja toy comes with 6 minifigures: Island Jay, Island Kai and Island Zane and their enemies Chief Mammatus, Thunder Keeper and Rumble Keeper, all of whom are armed with an array of spears, swords and shields to enhance the battle action for kids.

Best gifts for creative play
NINJAGO toys open up a world of exciting adventures. Little builders will love putting together these cool toys before teaming up with their ninja heroes to learn crucial life skills as they battle a cast of evil villains with an amazing collection of dragons, mechs and temples.