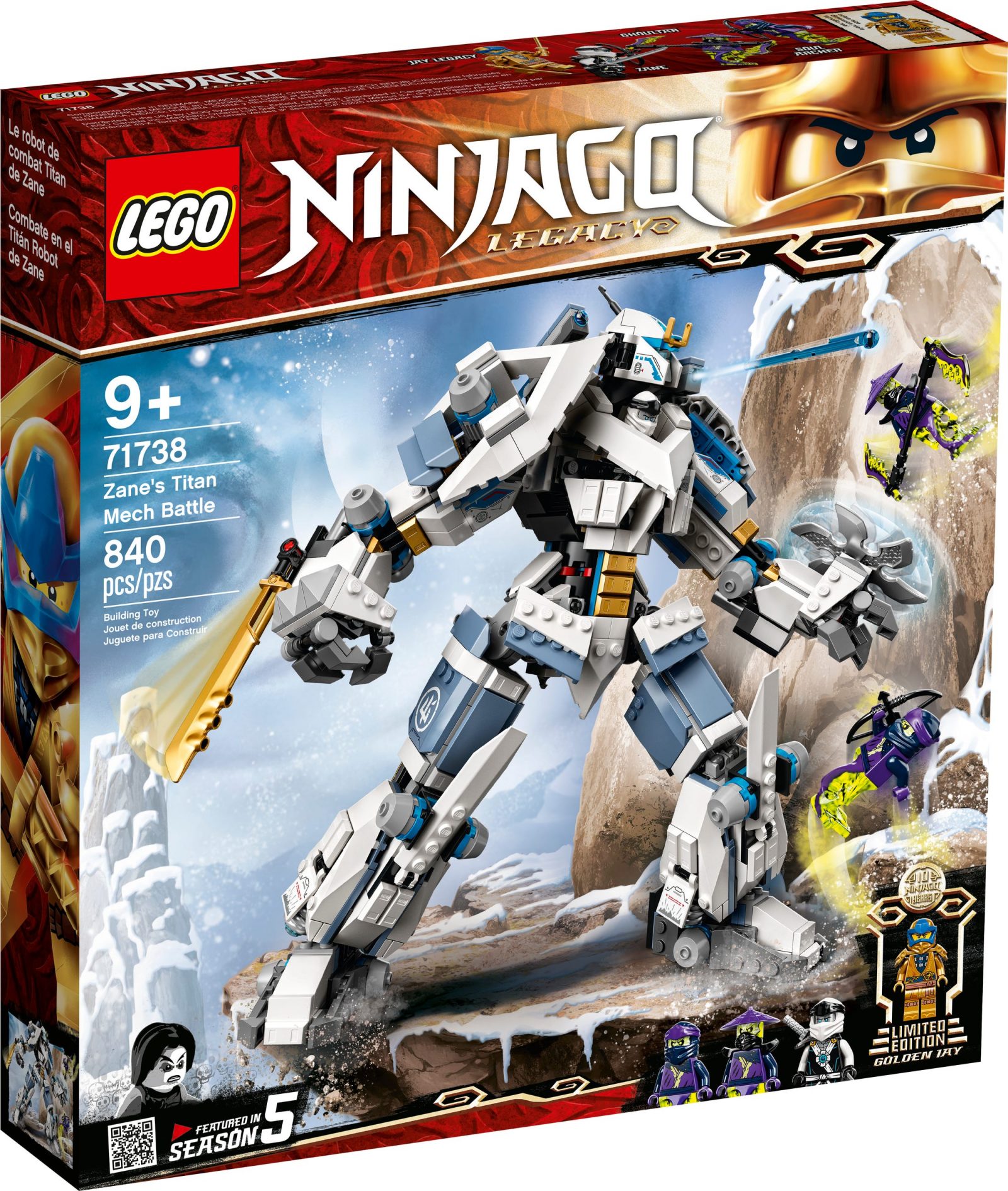 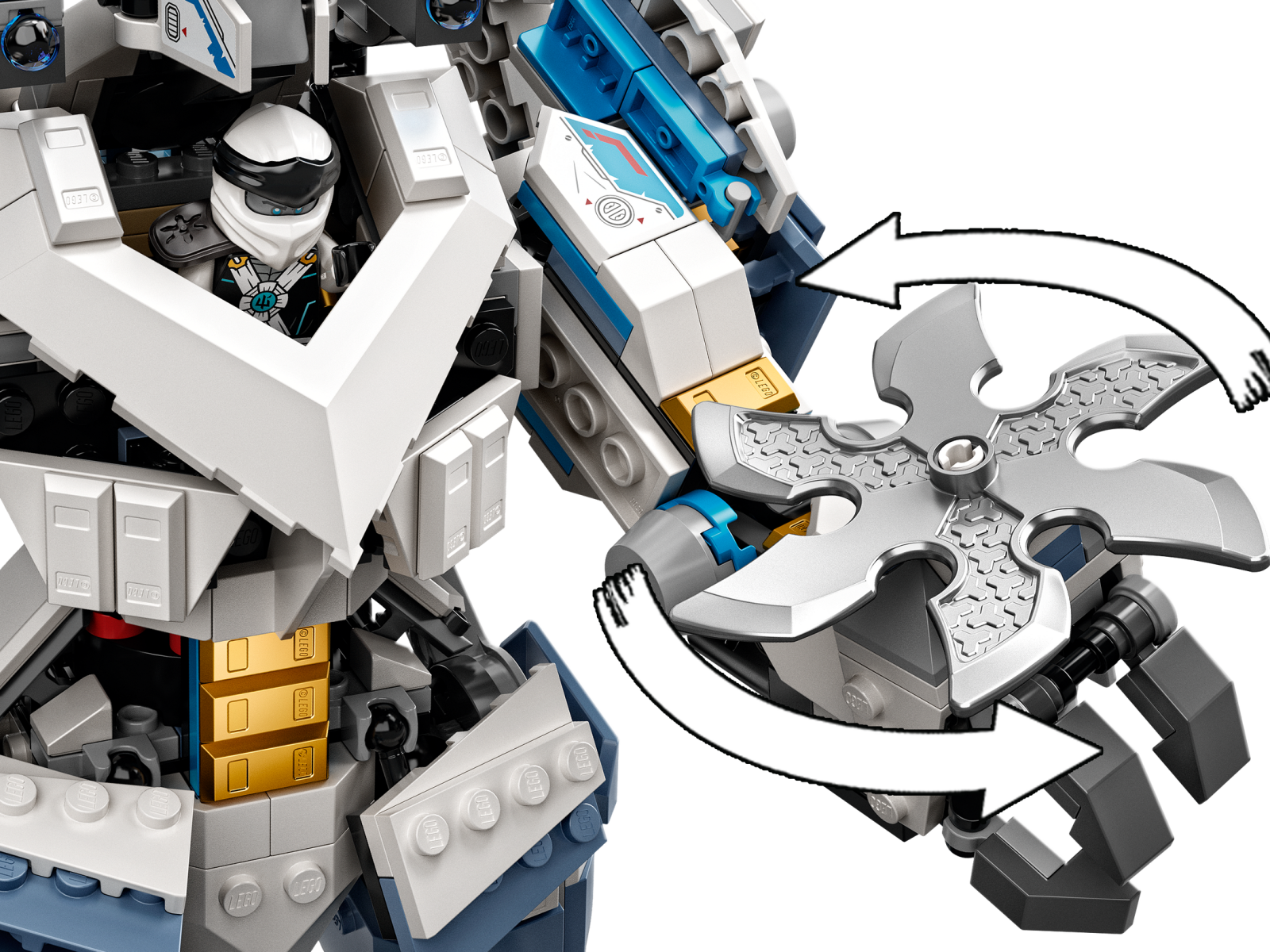 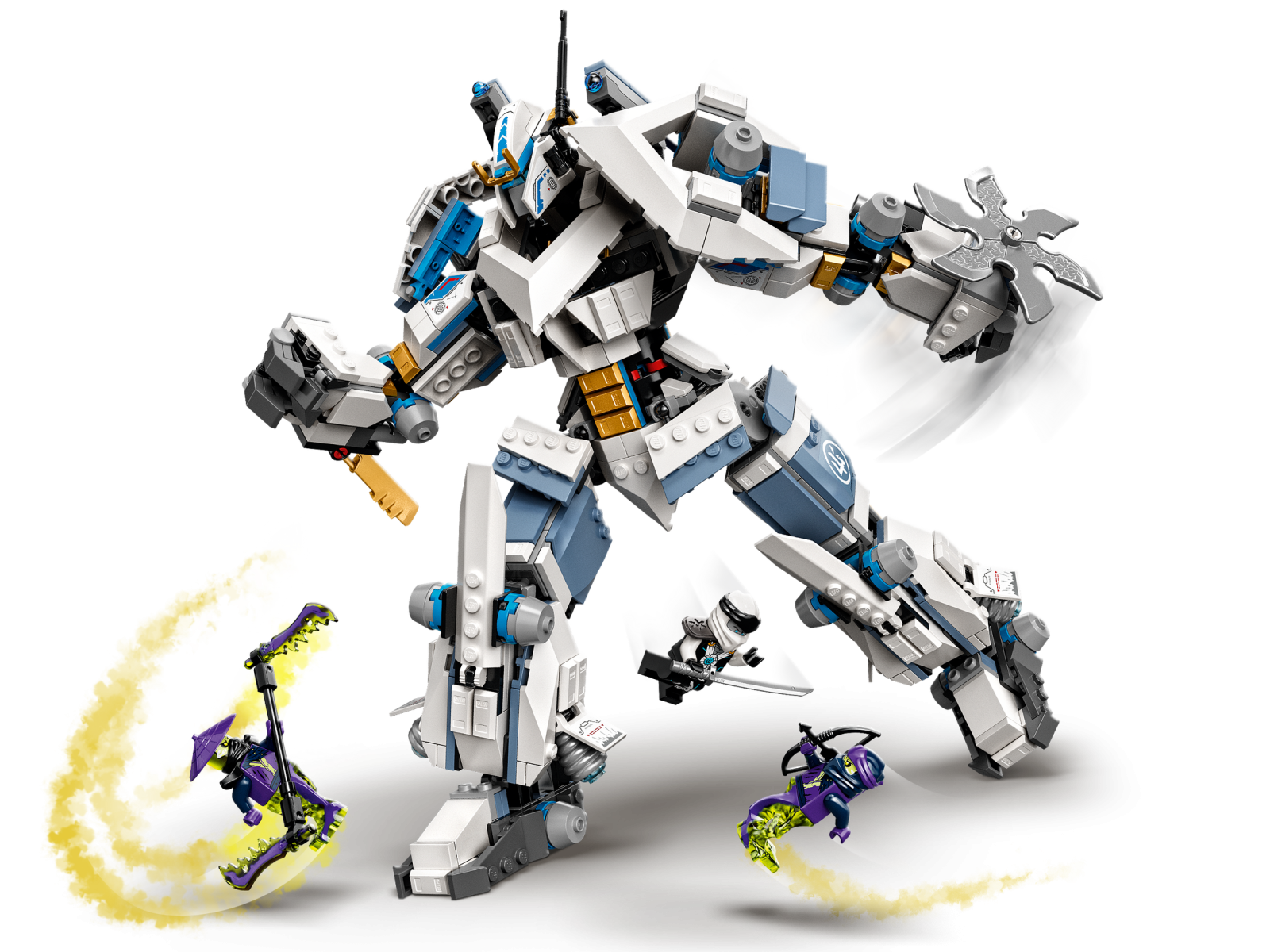 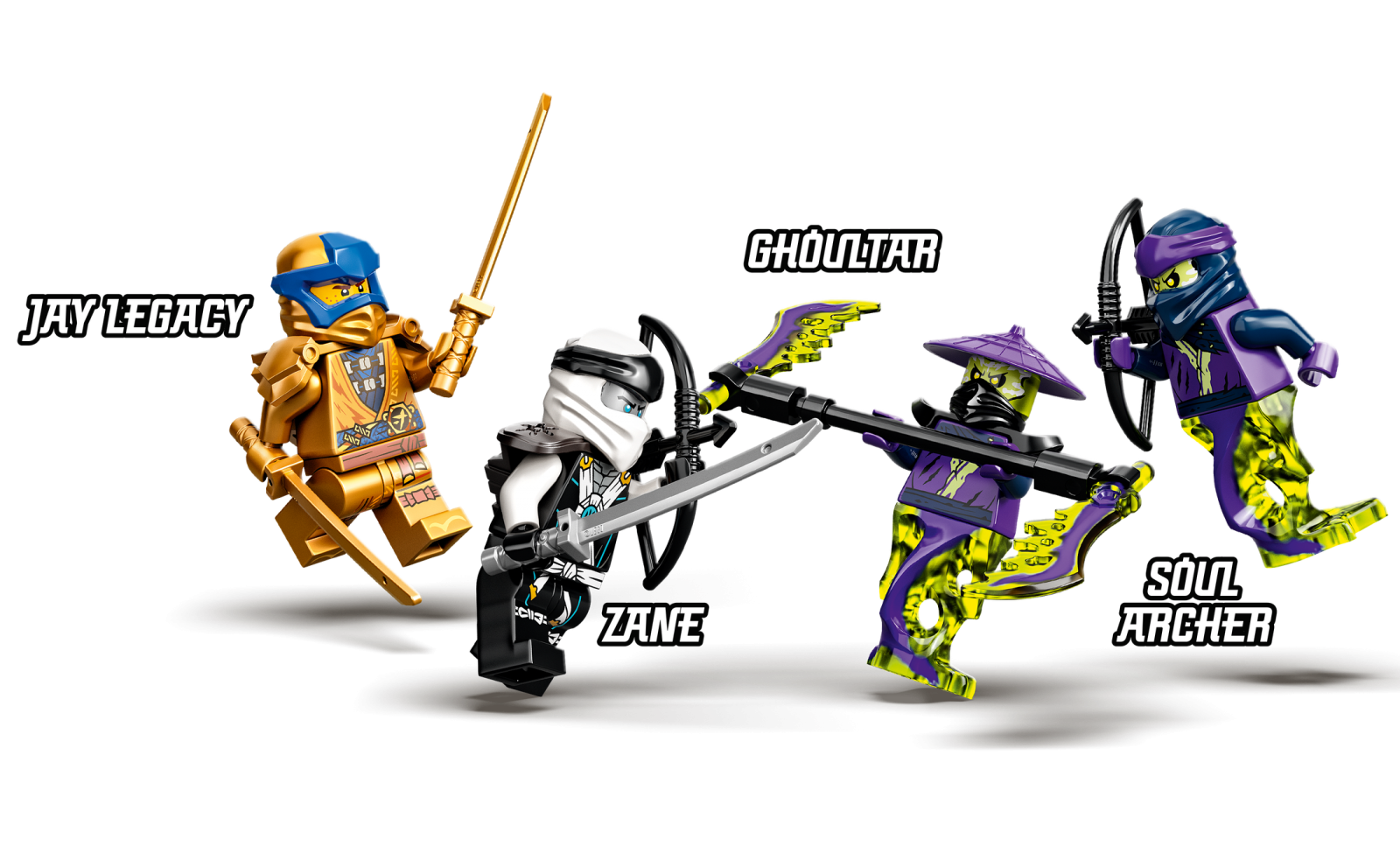 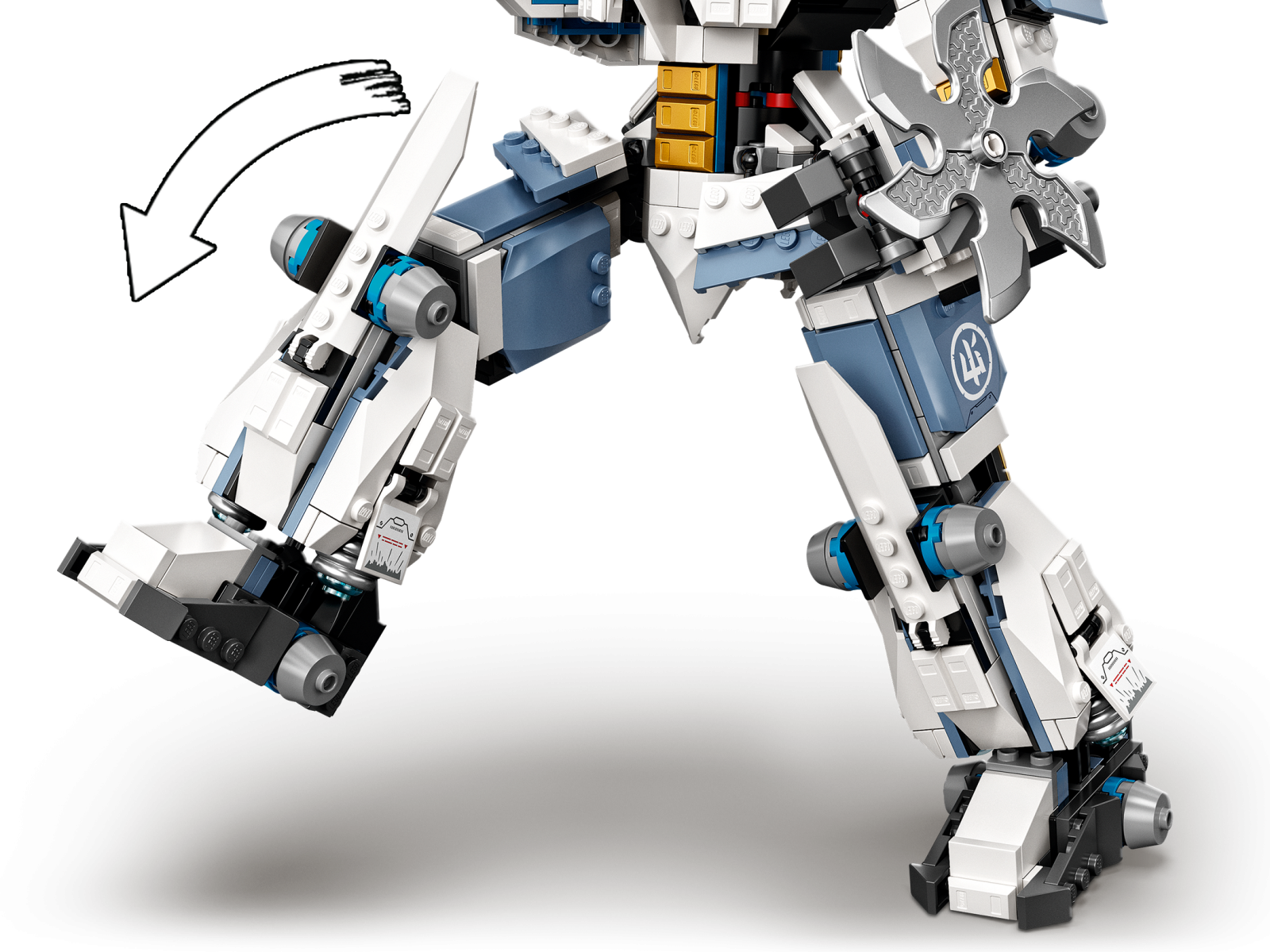 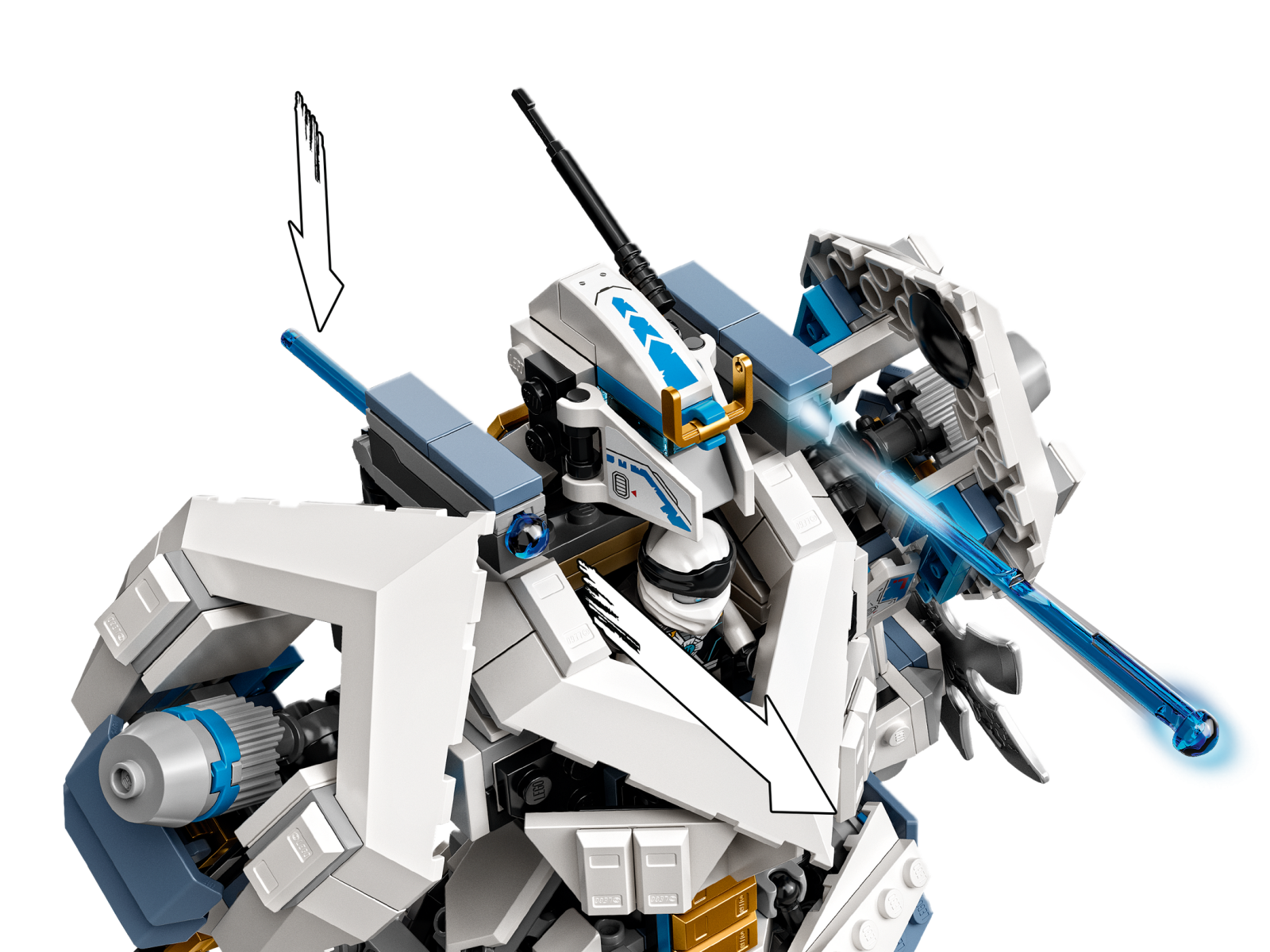 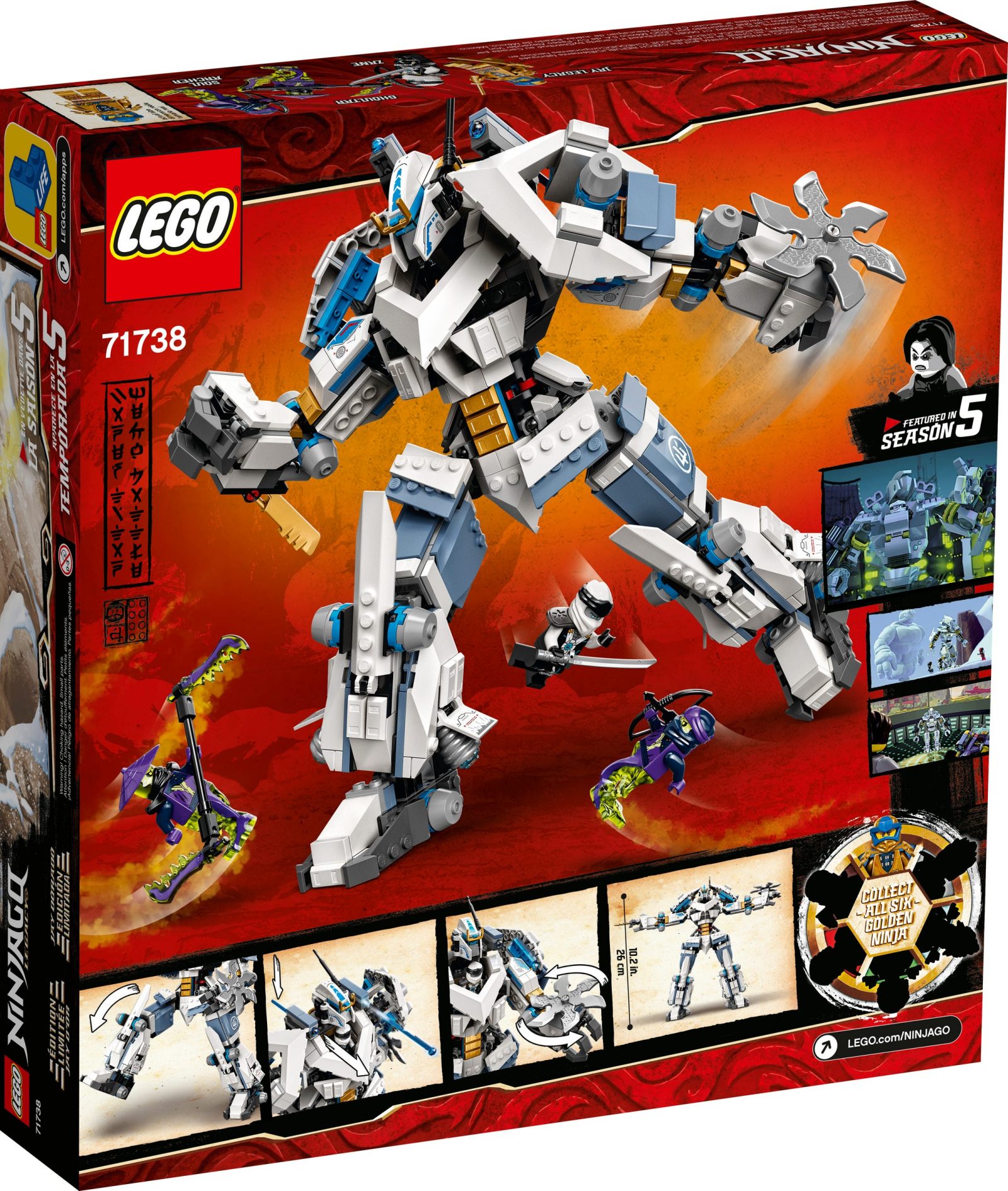 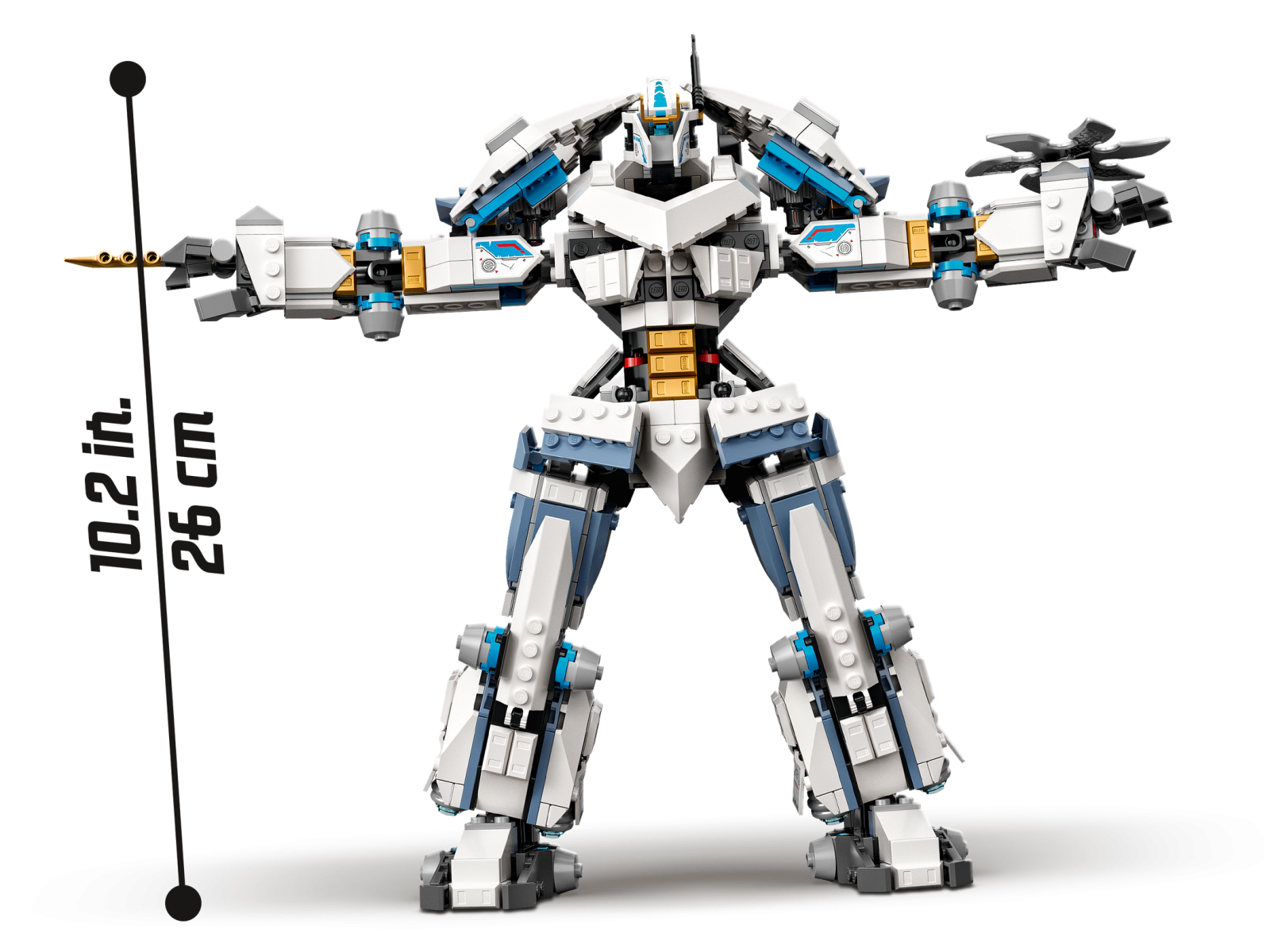 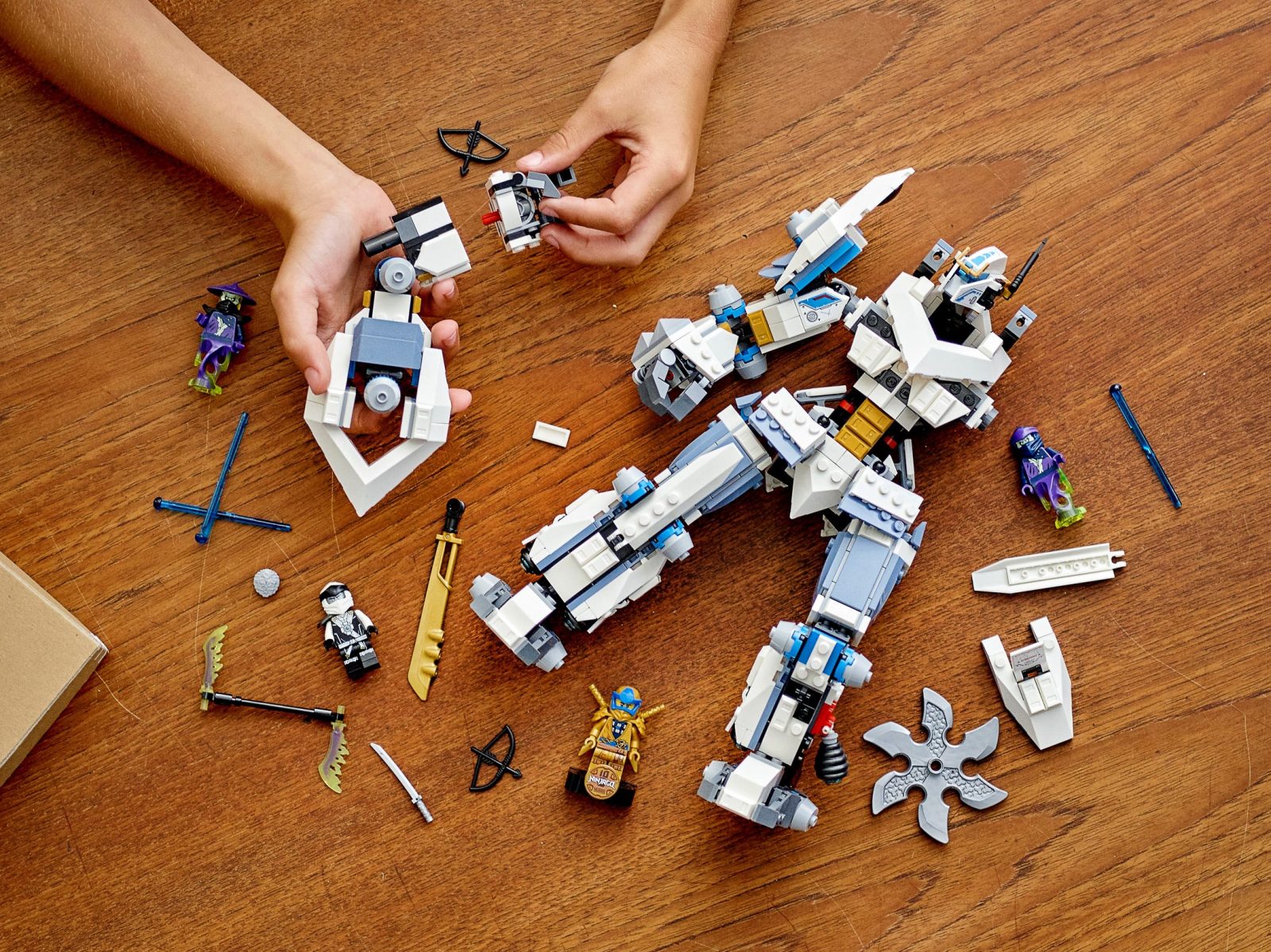 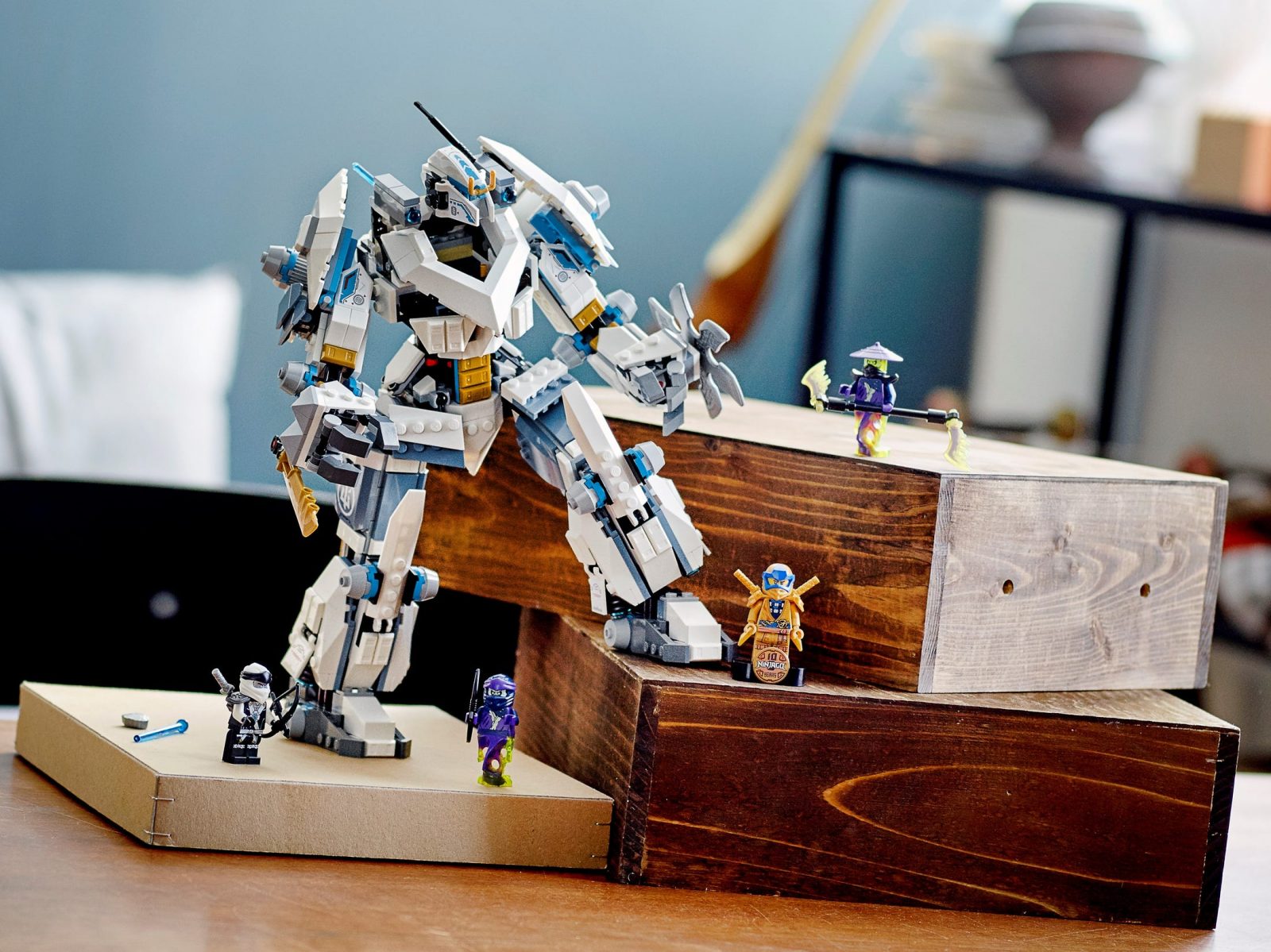 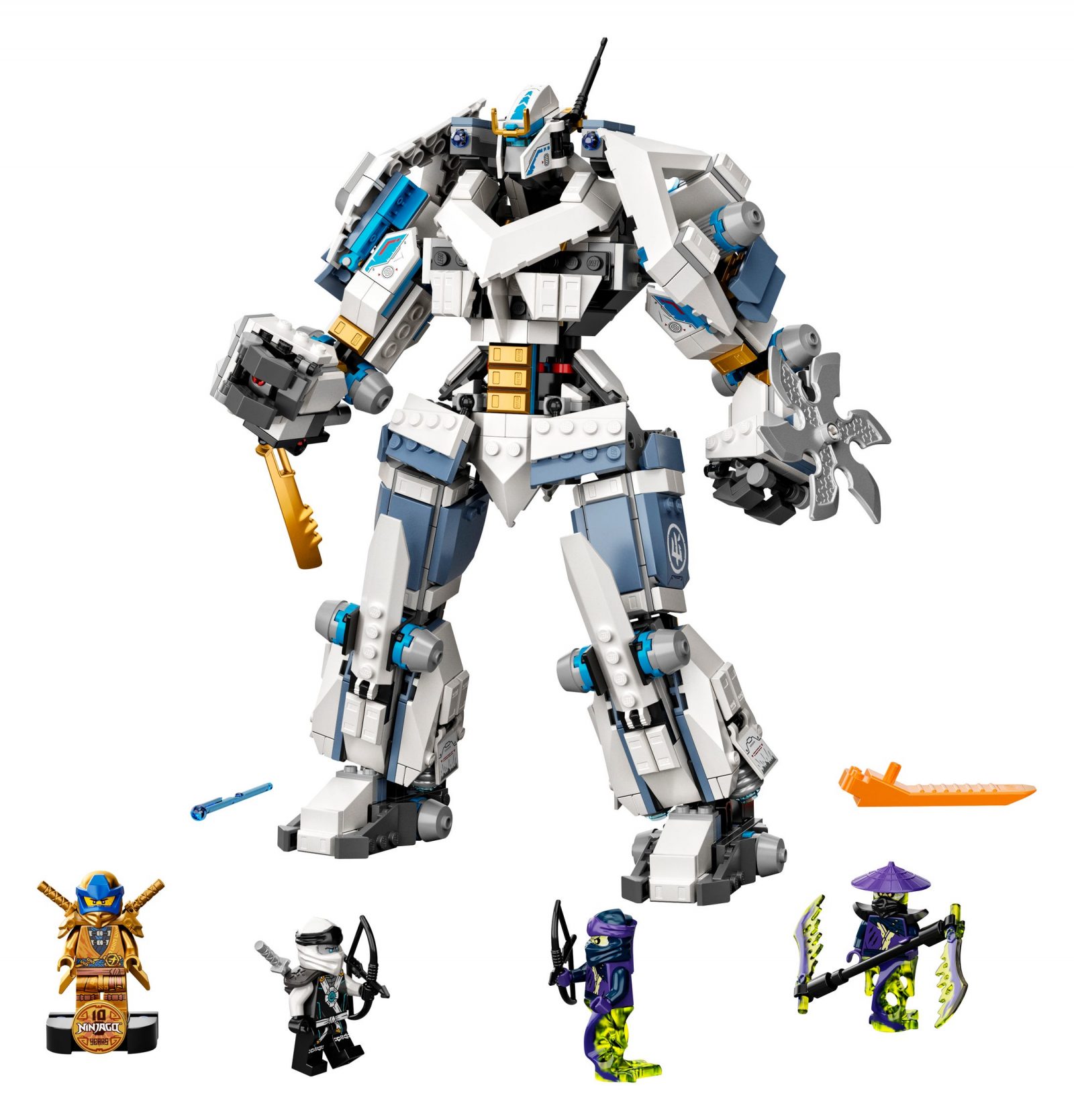 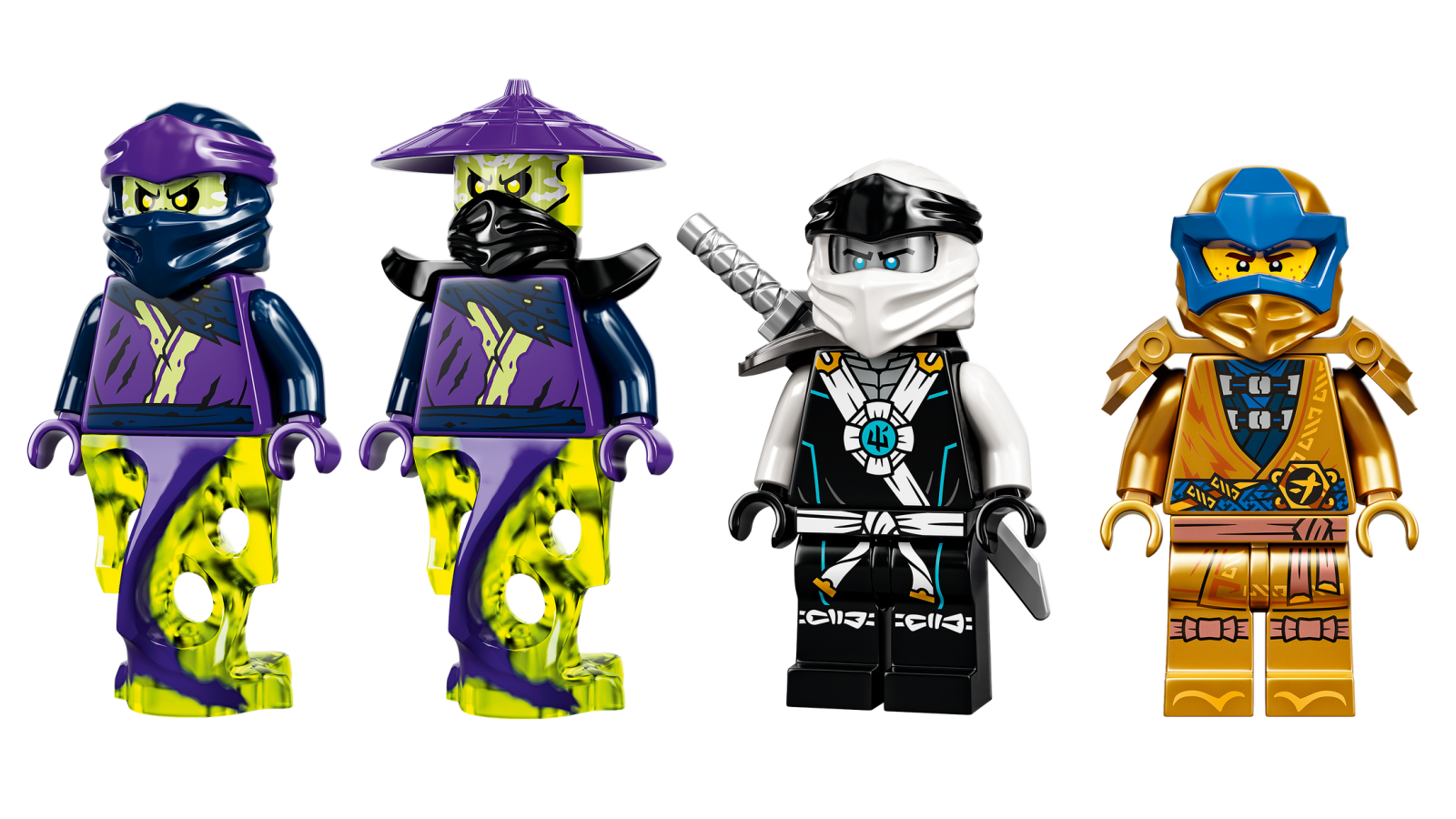 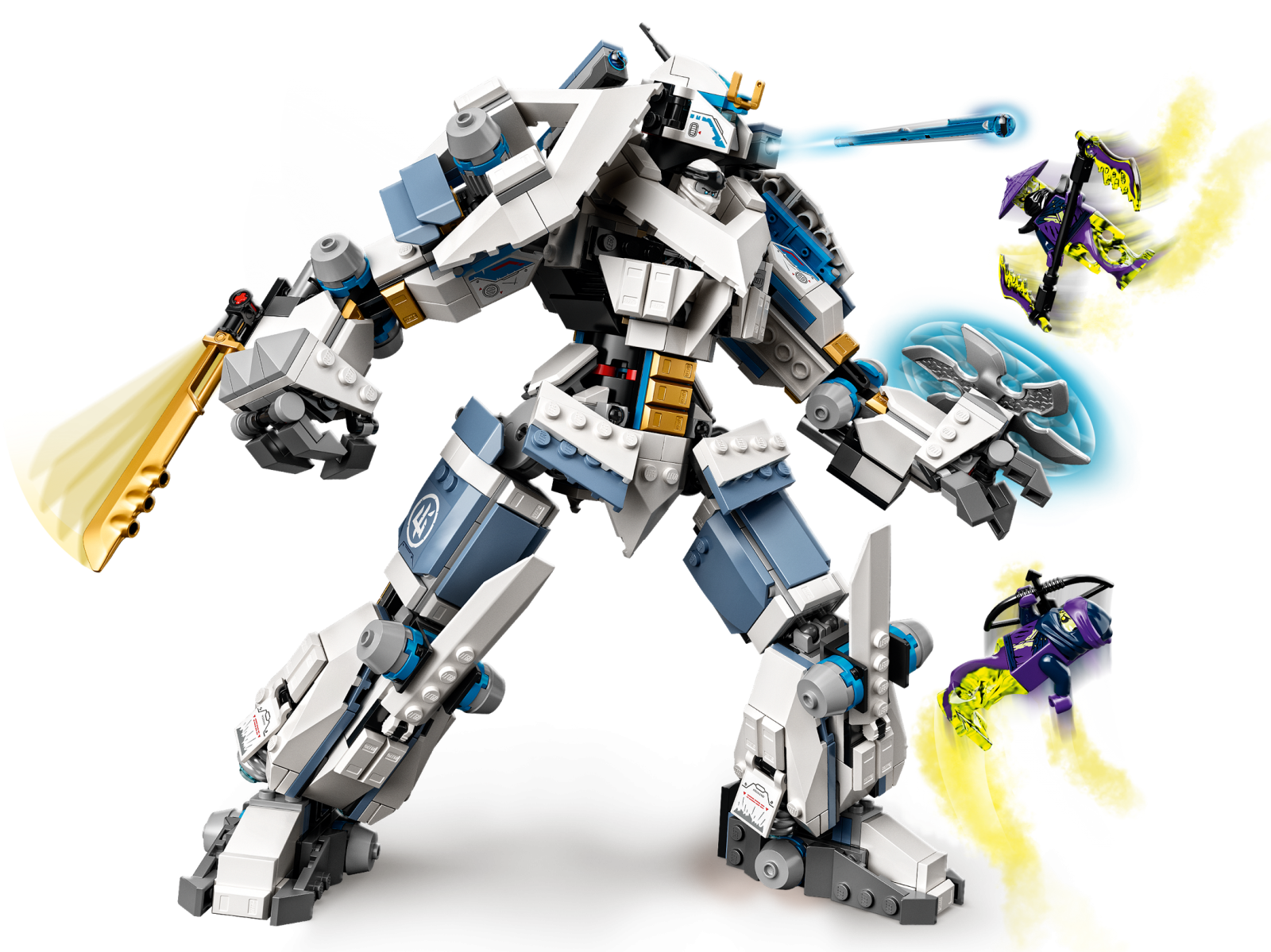 Get young ninja fans role-playing exciting scenes from season 5 of the LEGO NINJAGO TV series, with this Zanes Titan Mech Battle (71738) Legacy set. Featuring posable legs and arms, a sword and spinning chainsaw in its hands, plus 2 spring-loaded shooters and a cockpit for ninja minifigures, kids will love this modern update of the original mech.

Hours of fun for passionate NINJAGO fans
This ninja toy features 4 minifigures: ninjas Zane and Jay Legacy plus 2 Ghost Warriors Ghoultar and Soul Archer, all armed with cool weapons including a bow and arrow and scythe to inspire endless NINJAGO battling fun. New for January 2021, Jay Legacy is a special golden collectible minifigure to celebrate 10 years of NINJAGO toys.

Top gifts for imaginative kids
NINJAGO building toys open up a world of exciting adventures for kids. Little ninjas can team up with their heroes to battle a cast of evil villains as they role-play with an amazing collection of cool toys including dragons, mechs and temples.