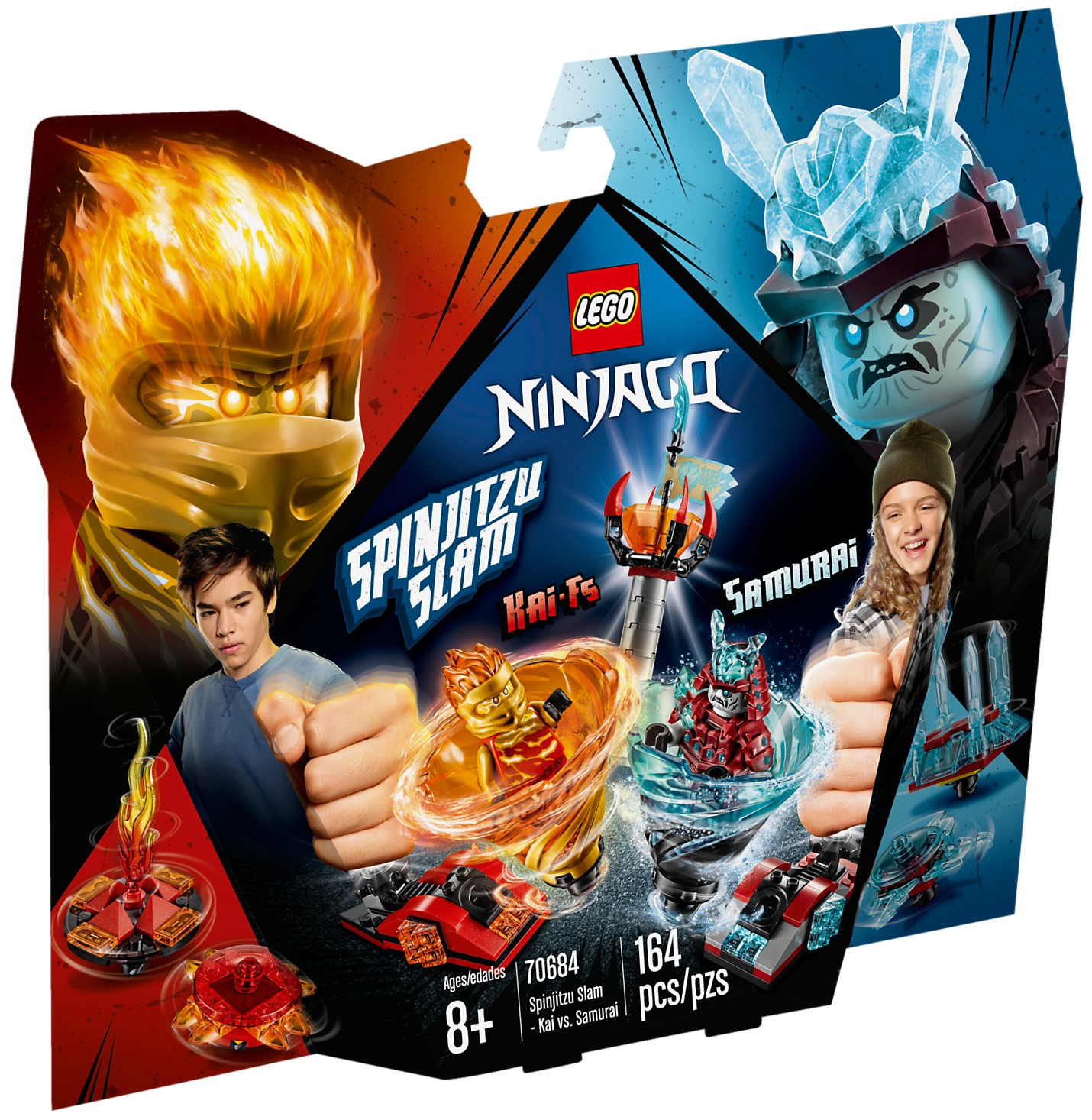 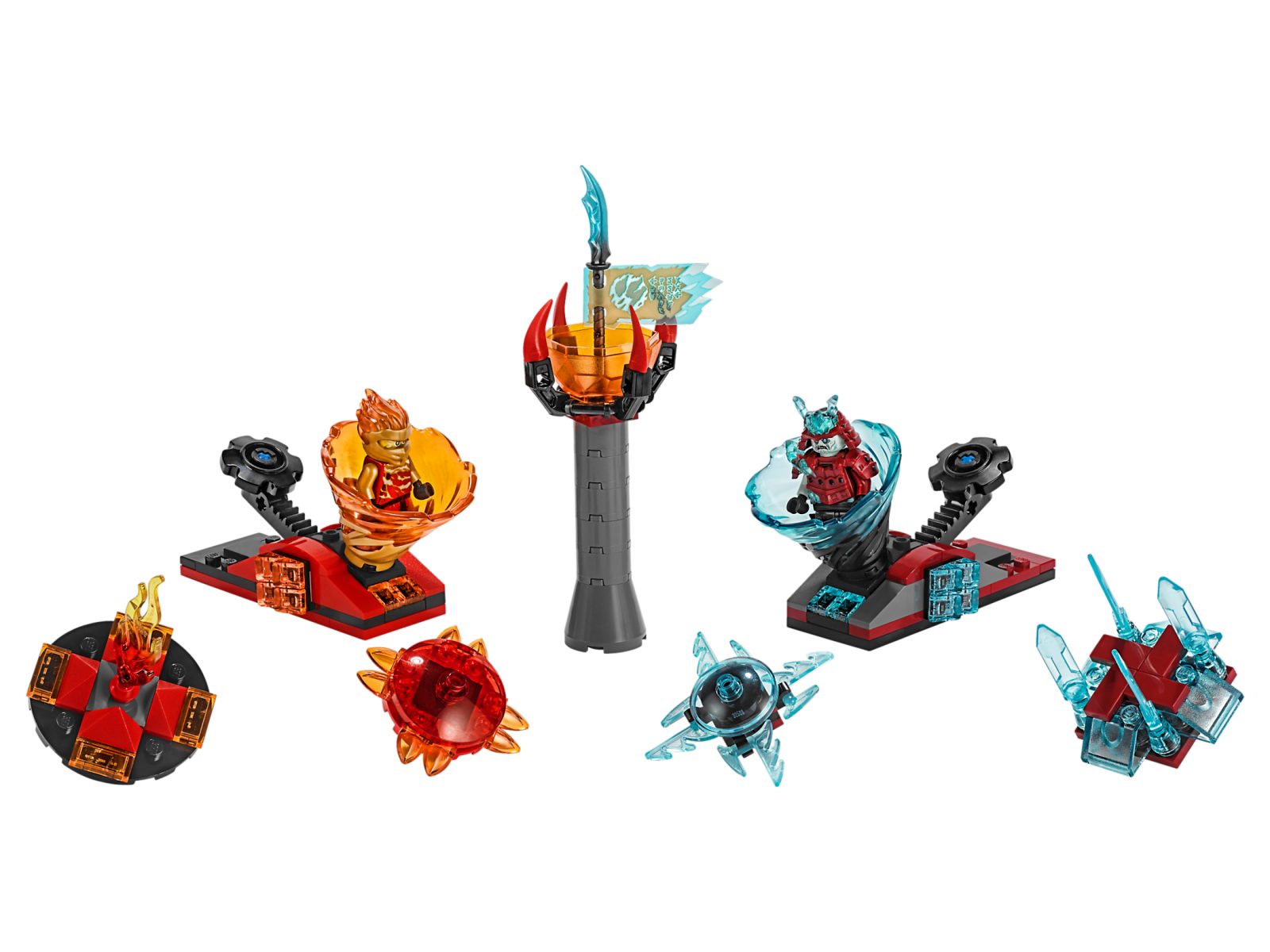 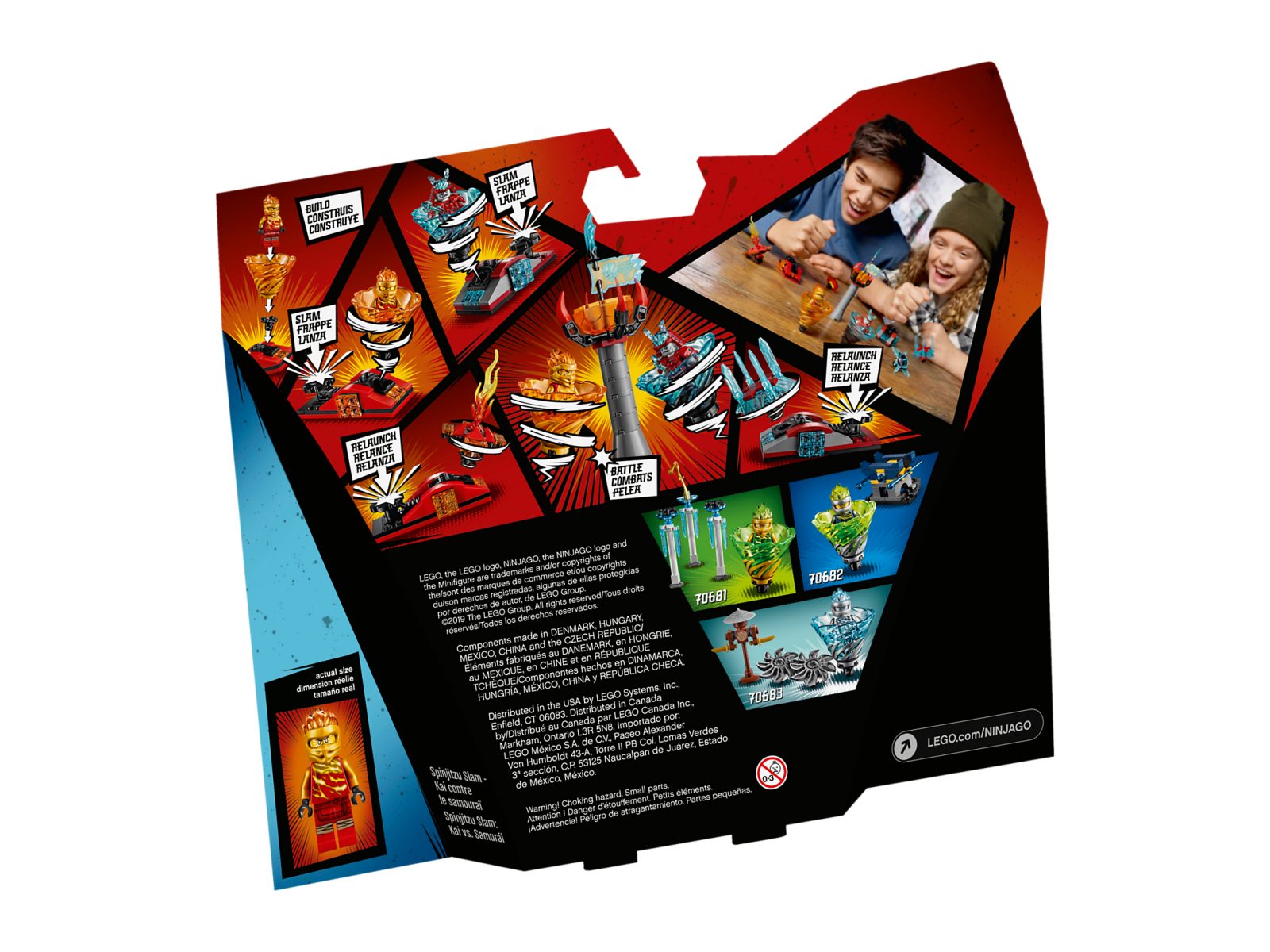 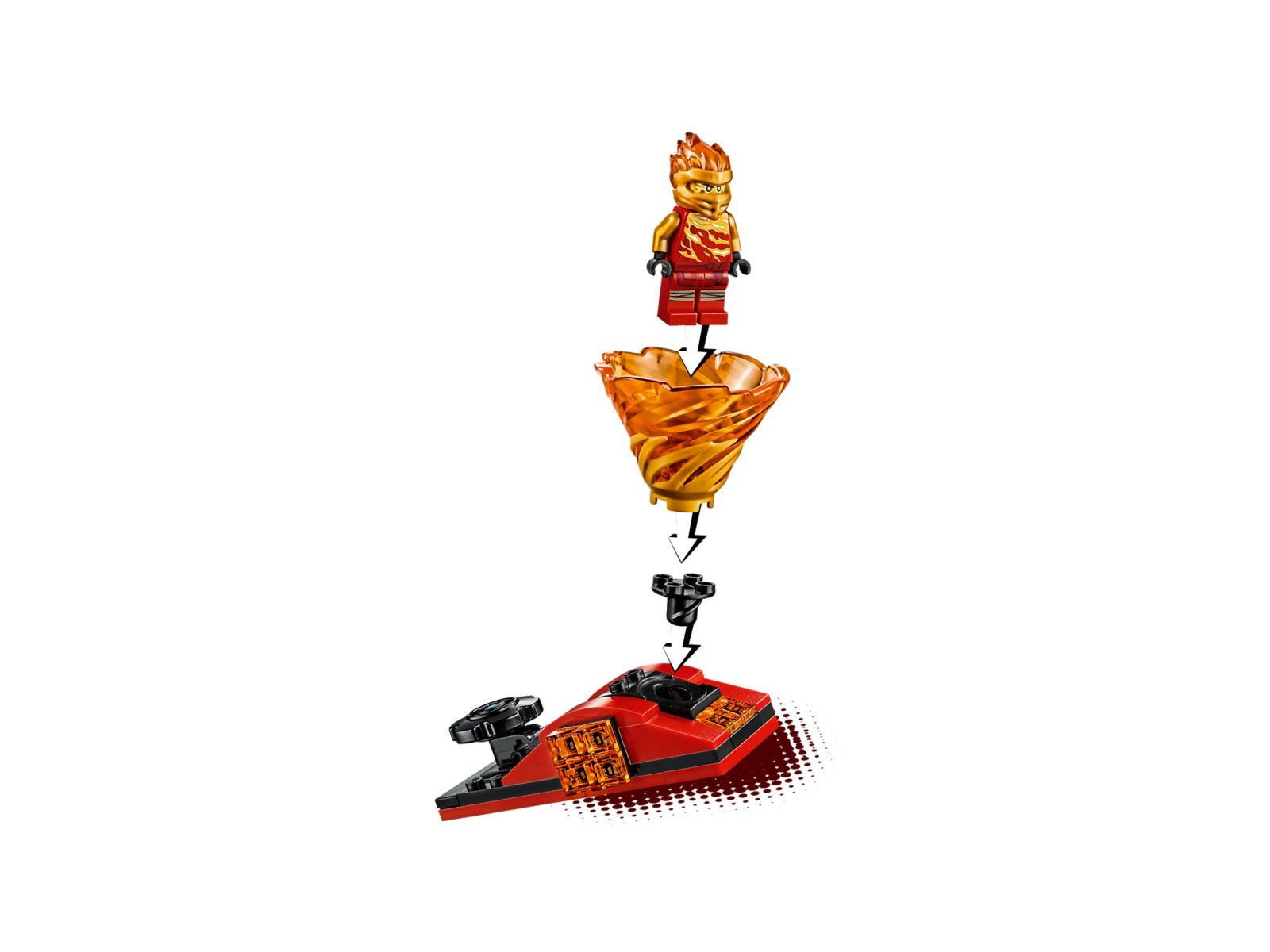 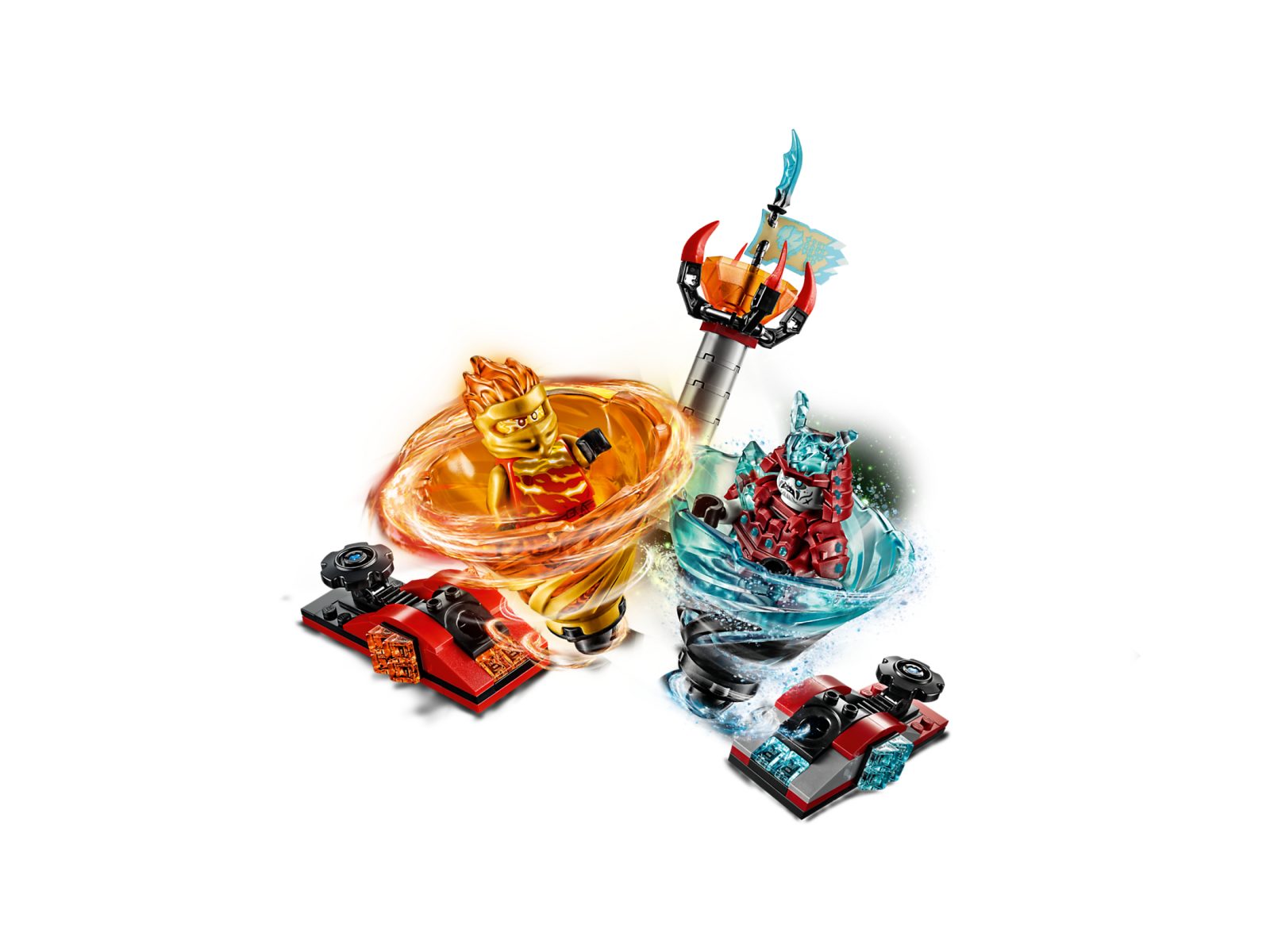 Having trouble finding the Lego in shops & at a good price but came on this site & not only cheaper than in the shops it was delivered the day after I ordered!! Wonderful service!! Definitely looking here first next time!! Thank you very much BrickBuilder!! Highly recommend to everyone!!

High-speed spinning action is in store for kids as they play out Elemental clashes with LEGO® NINJAGO® 70684 Spinjitzu Slam – Kai vs. Samurai. This fun toy building set features Kai FS and Blizzard Samurai’s tornado spinners which each hold a minifigure and fit onto their own easy-to-build spinner launchers, plus a buildable pedestal with the Scroll of Forbidden Spinjitzu on top to use as a target in role-play battles. The playset includes Kai FS’s eternal flame and fireball elements and Blizzard Samurai’s ice crystal and ice shield elements which can also be sent spinning with the launchers. Great for solo or social play, kids will love recreating the ninja tornado effect as seen on the NINJAGO TV show and creating their own Spinjitzu Slam competitions. This action-packed spinning top toy includes a collectible Kai FS minifigure, with a ‘powered-up’ hood element, and a Blizzard Samurai minifigure for creative role-play.