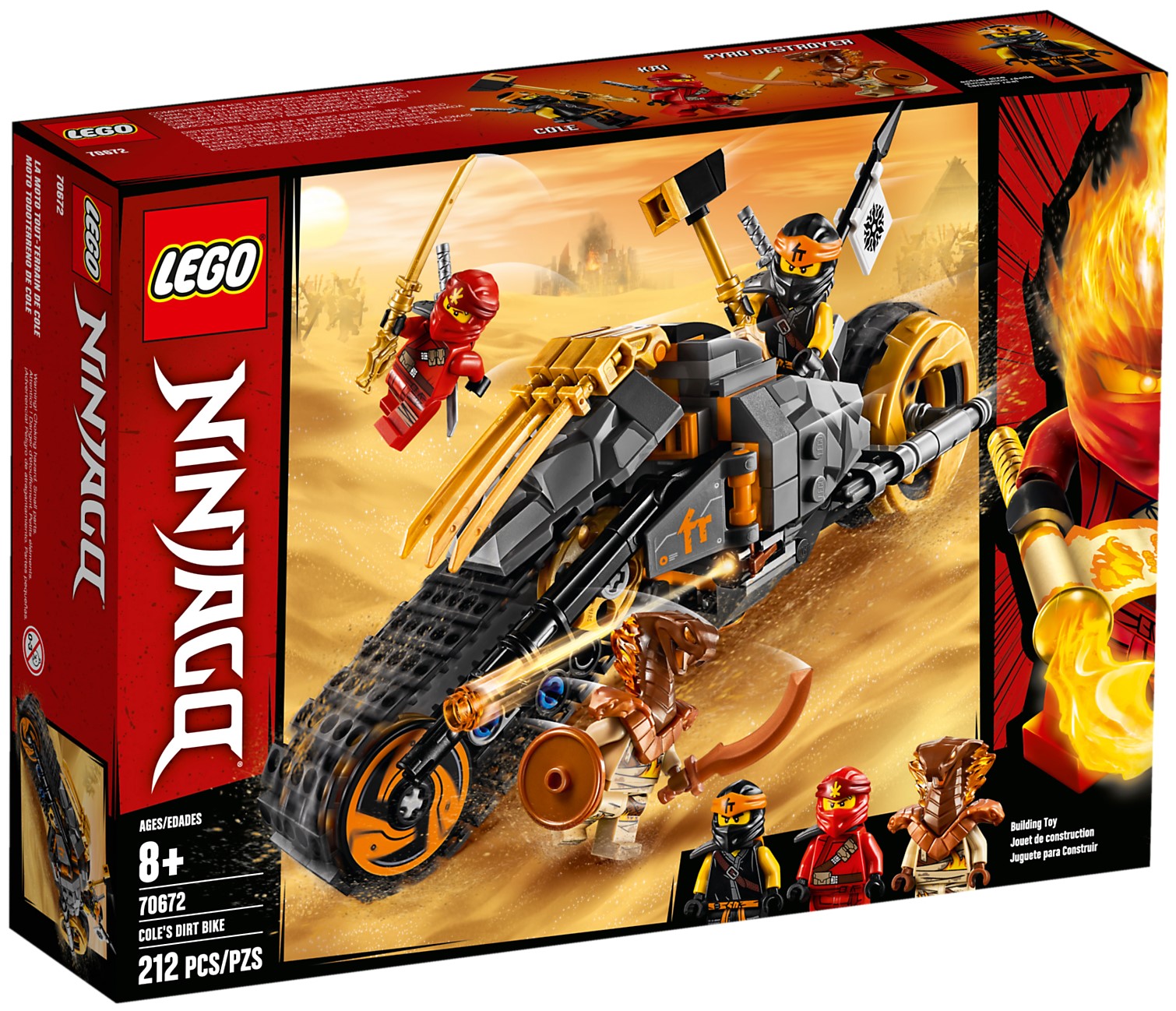 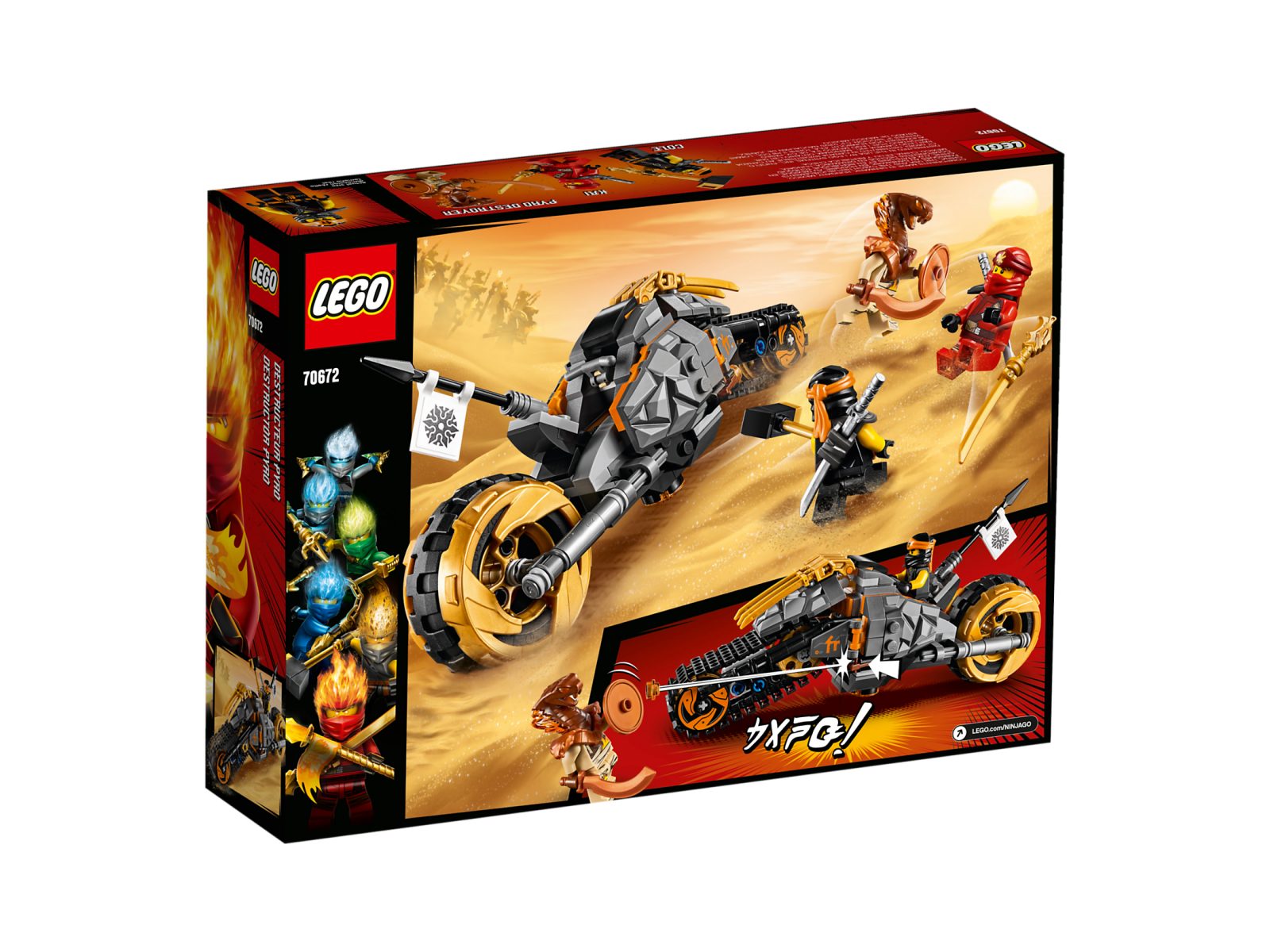 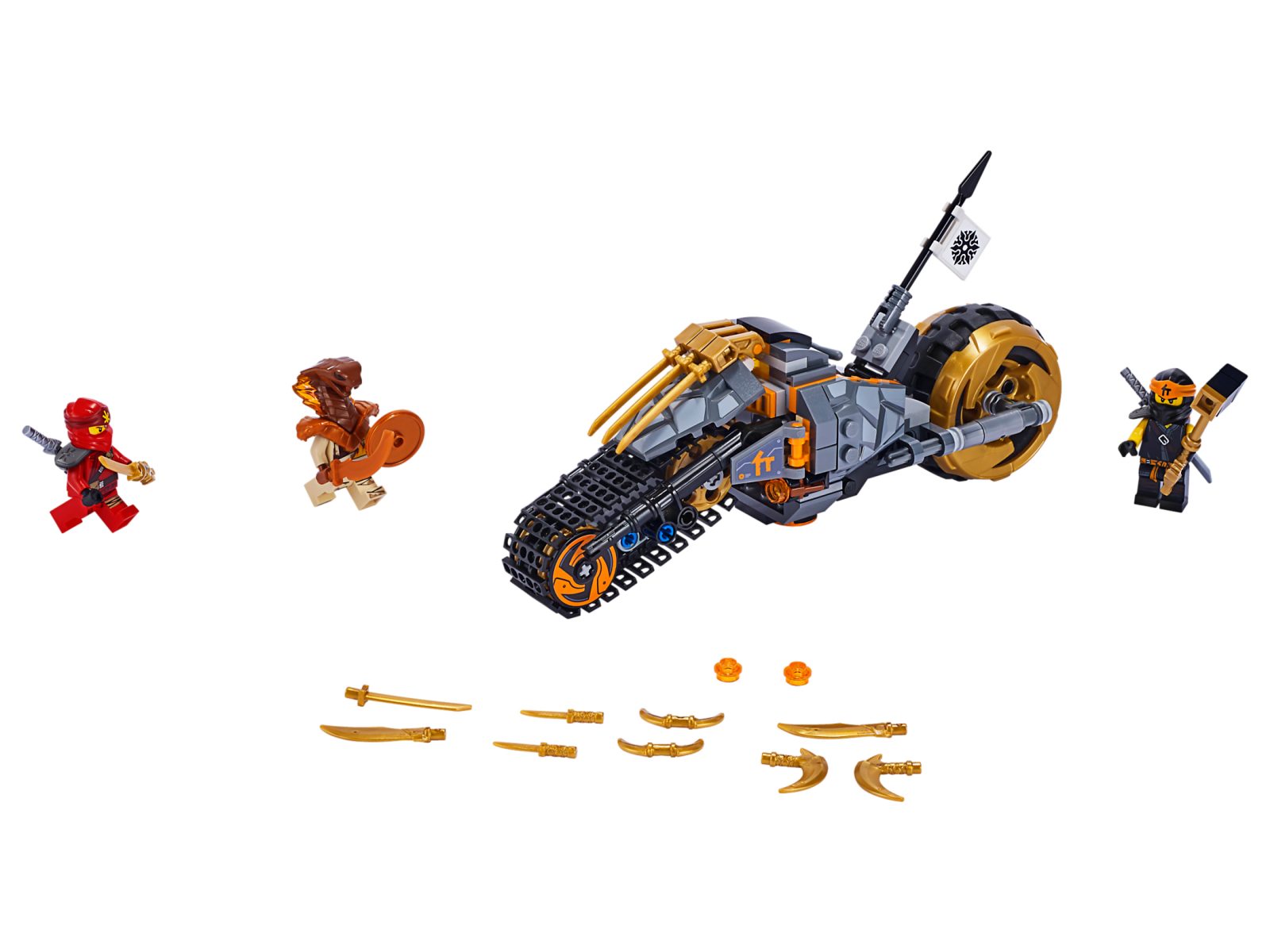 Kids can ride into a NINJAGO® world of adventures on Cole’s ninja Dirt Bike!

Role-play an action-packed battle against Pyro Destroyer with this LEGO® NINJAGO® 70672 Cole’s Dirt Bike ninja toy for boys and girls. The ninja bike features a minifigure driver’s seat, caterpillar treads at the front and a big rear wheel with gold-colored rims, plus 2 stud shooters. Children will love recreating scenes from the NINJAGO TV show and creating their own stories with 3 LEGO NINJAGO minifigures—Cole, Kai and Pyro Destroyer with assorted weapons. Give any LEGO builder an amazing building experience with Instructions PLUS, available in the LEGO Life app for smartphones and tablets. The easy-to-use, intuitive building instructions let them zoom, rotate and visualize their creation using the special ghost mode as they go. Instructions PLUS is also great for younger builders, guiding them through the building process for a greater sense of independence and achievement.
Read more