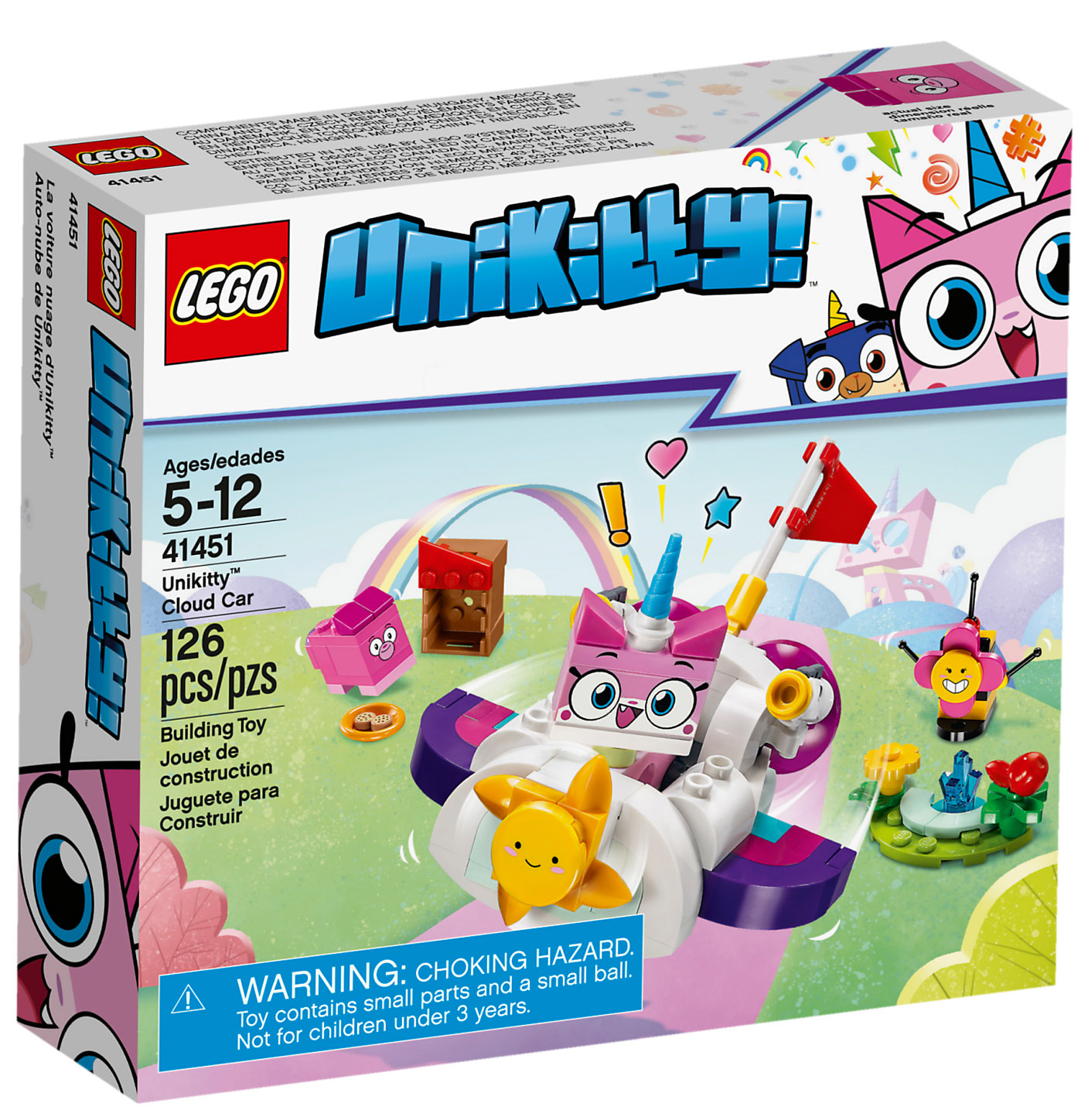 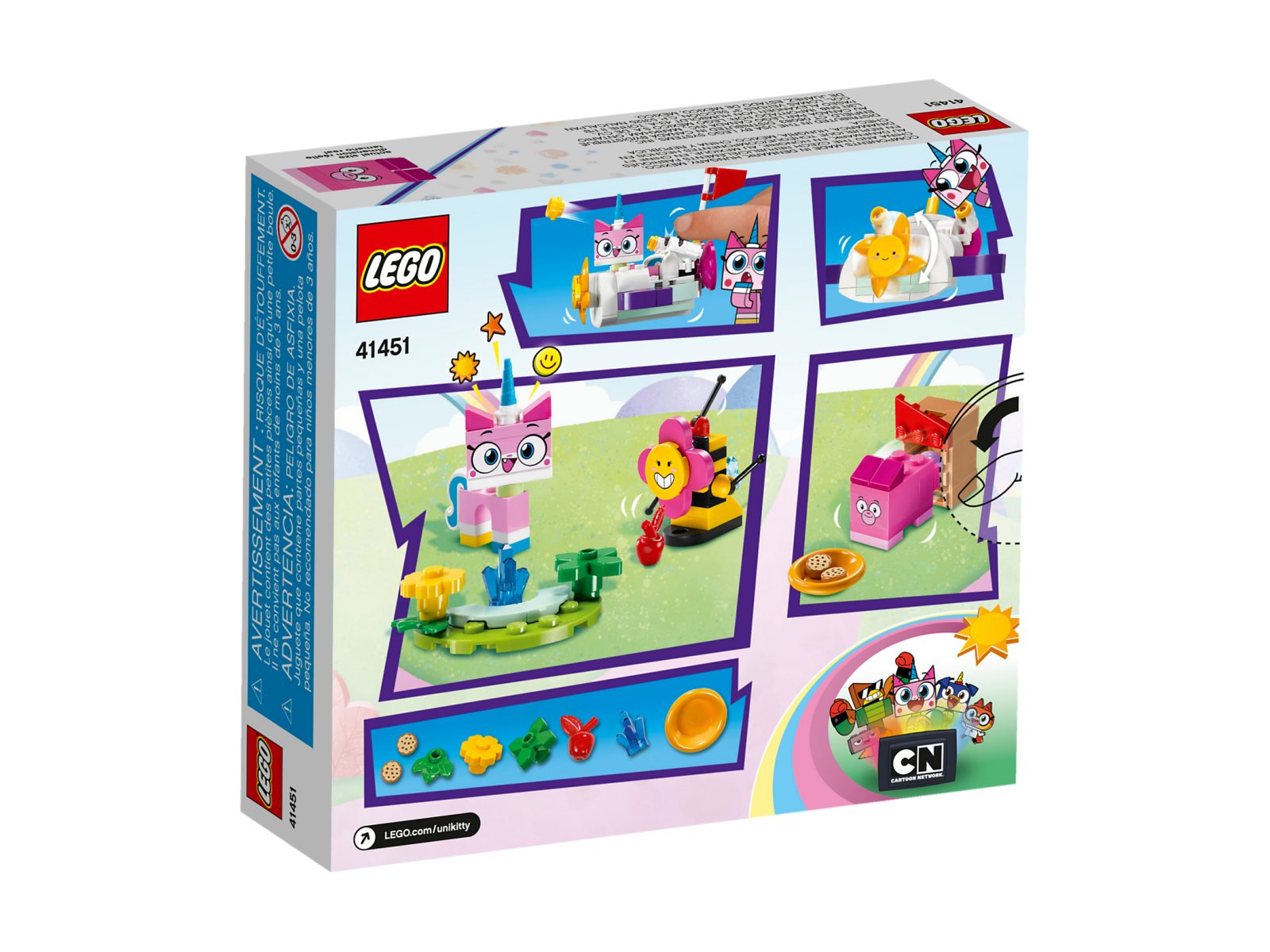 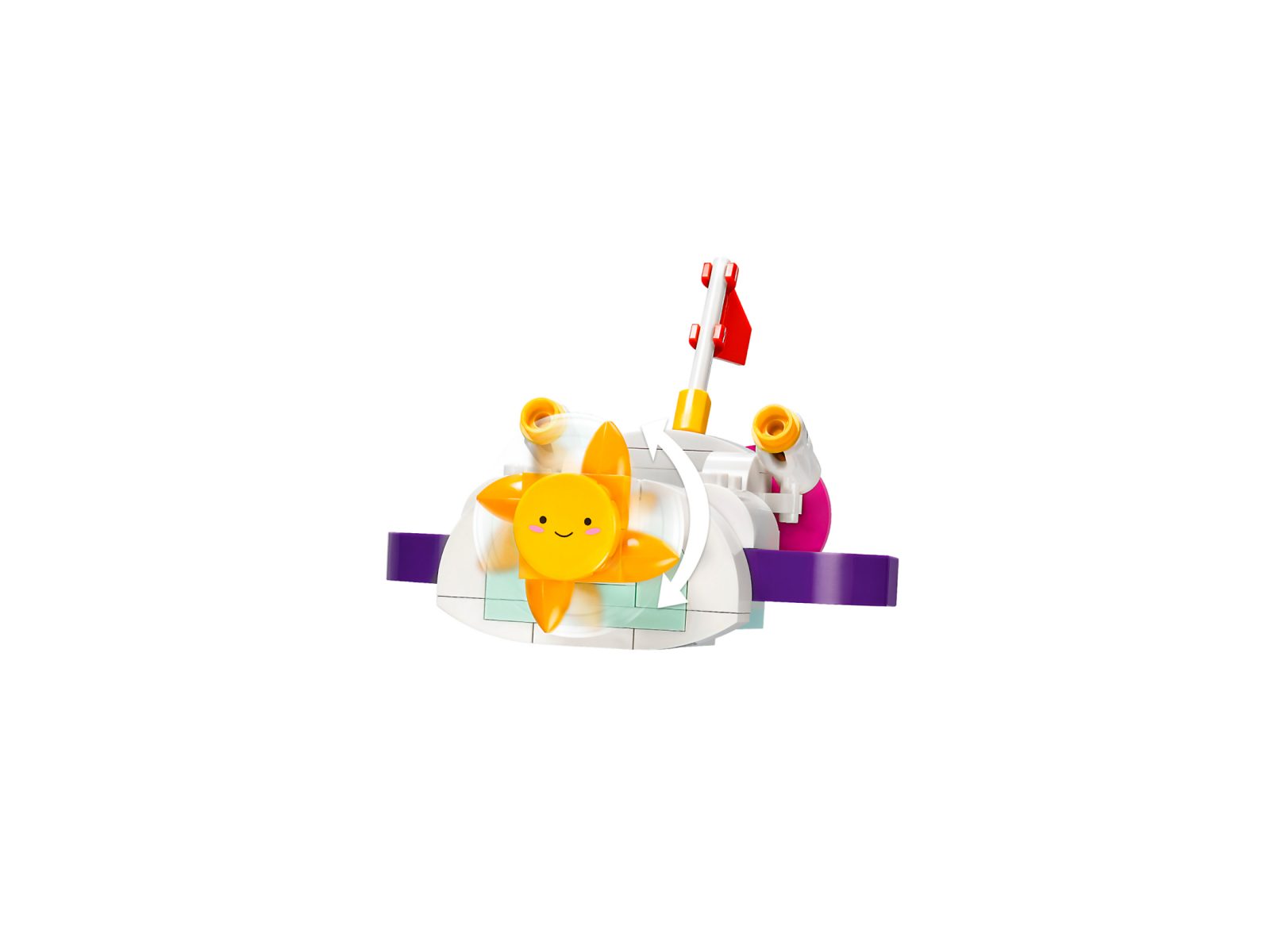 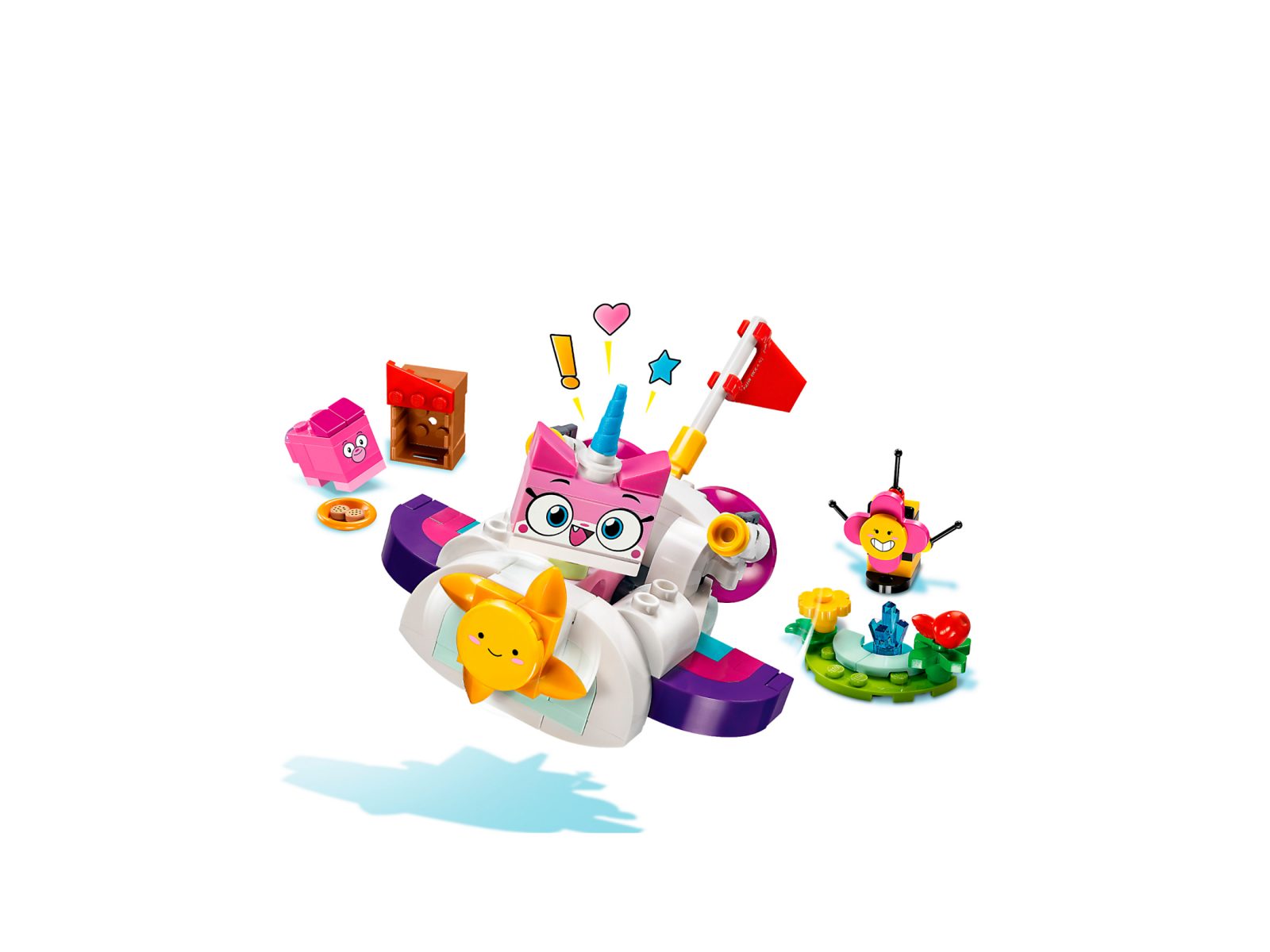 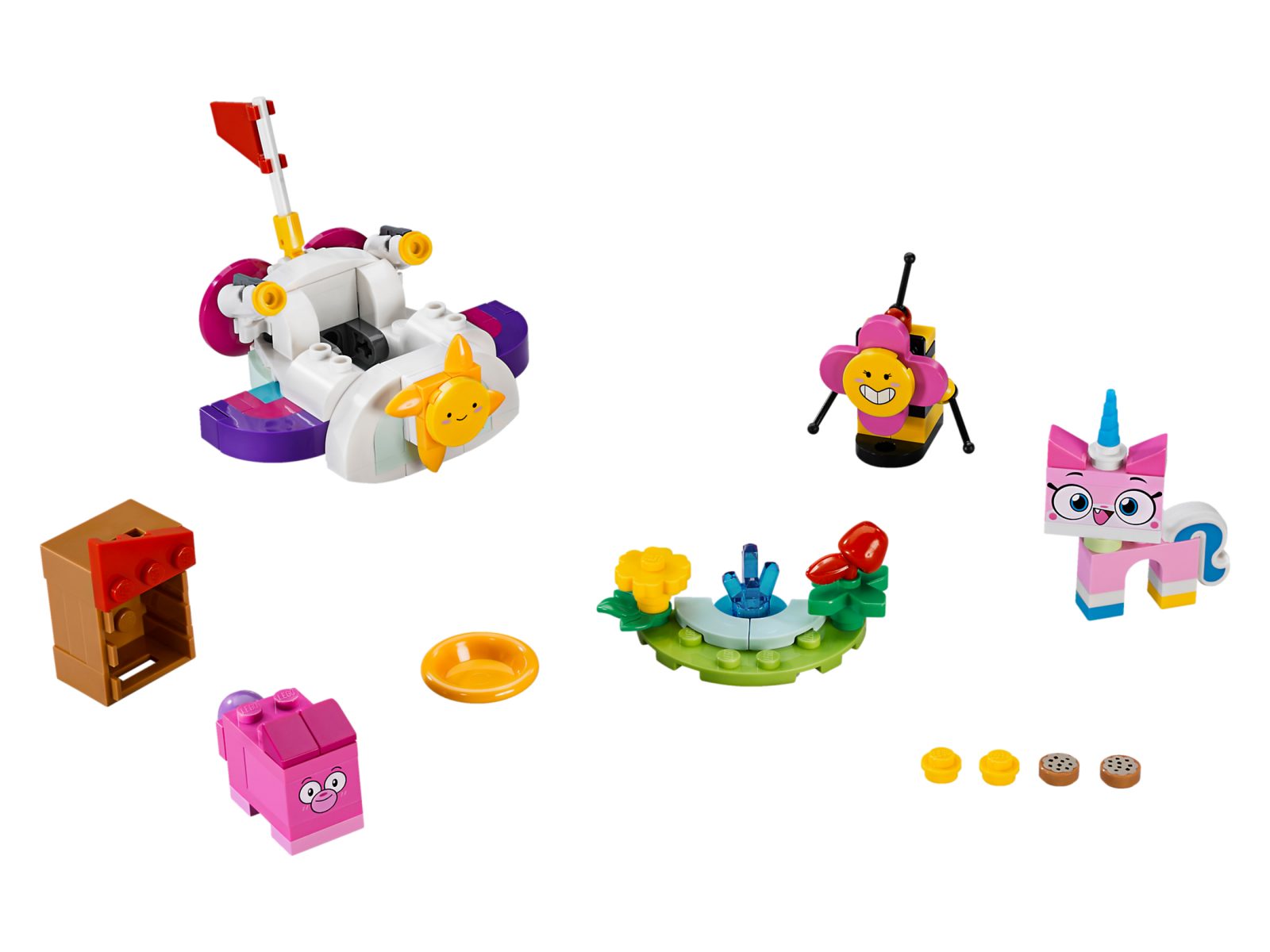 Jump into the Cloud Car with Unikitty and spread a little sparkle matter!

Relive favorite moments from the happiest, most sparkly and colorful TV series around with the LEGO Unikitty! 41451 Cloud Car, featuring a spinning propeller and 2 stud shooters to spread sparkle matter studs wherever you go. Theres also a small park scene and Square Bear’s house to build, where Unikitty can meet her friends Feebee and Square Bear for even more crazy fun! Includes 3 buildable figures.