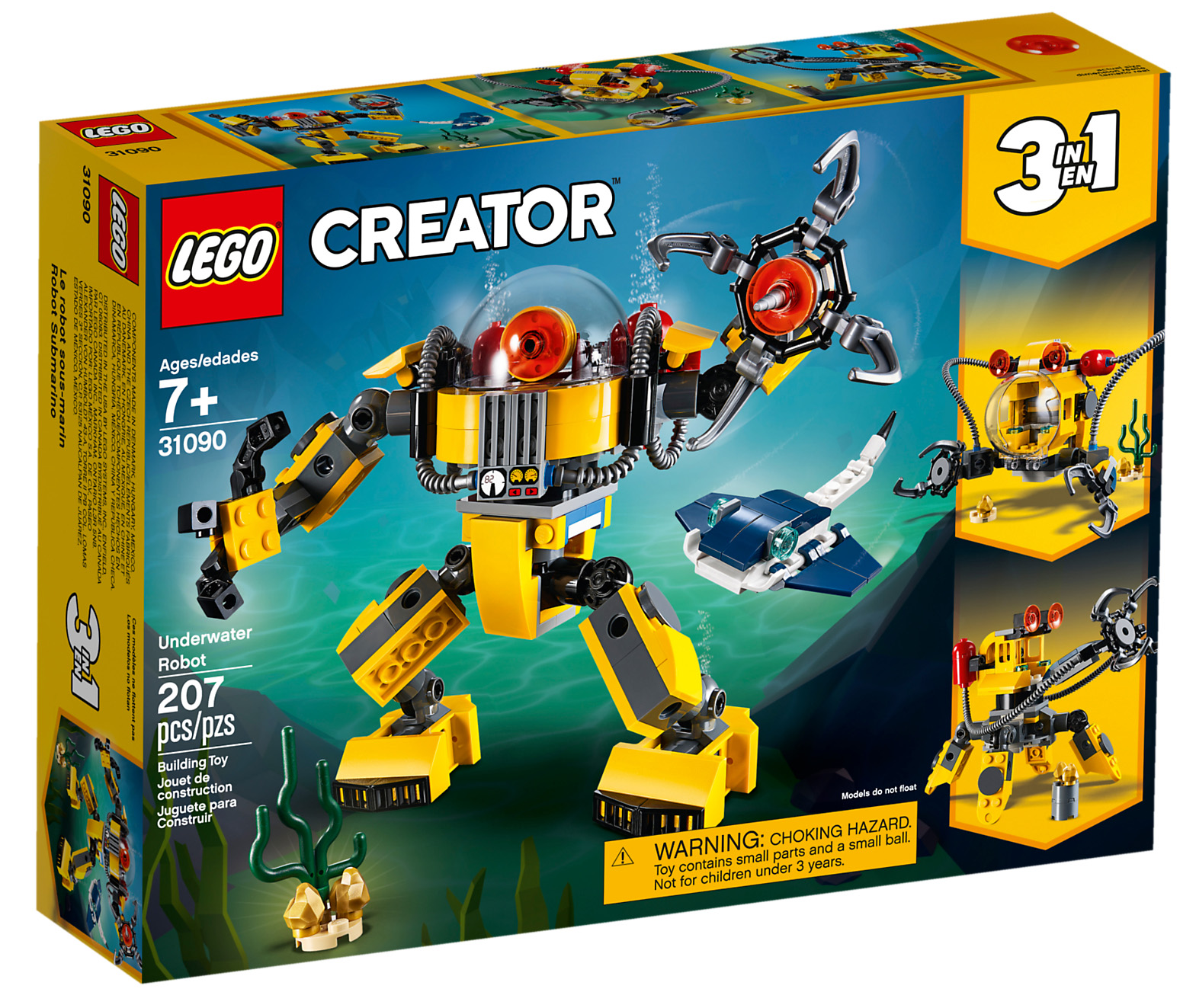 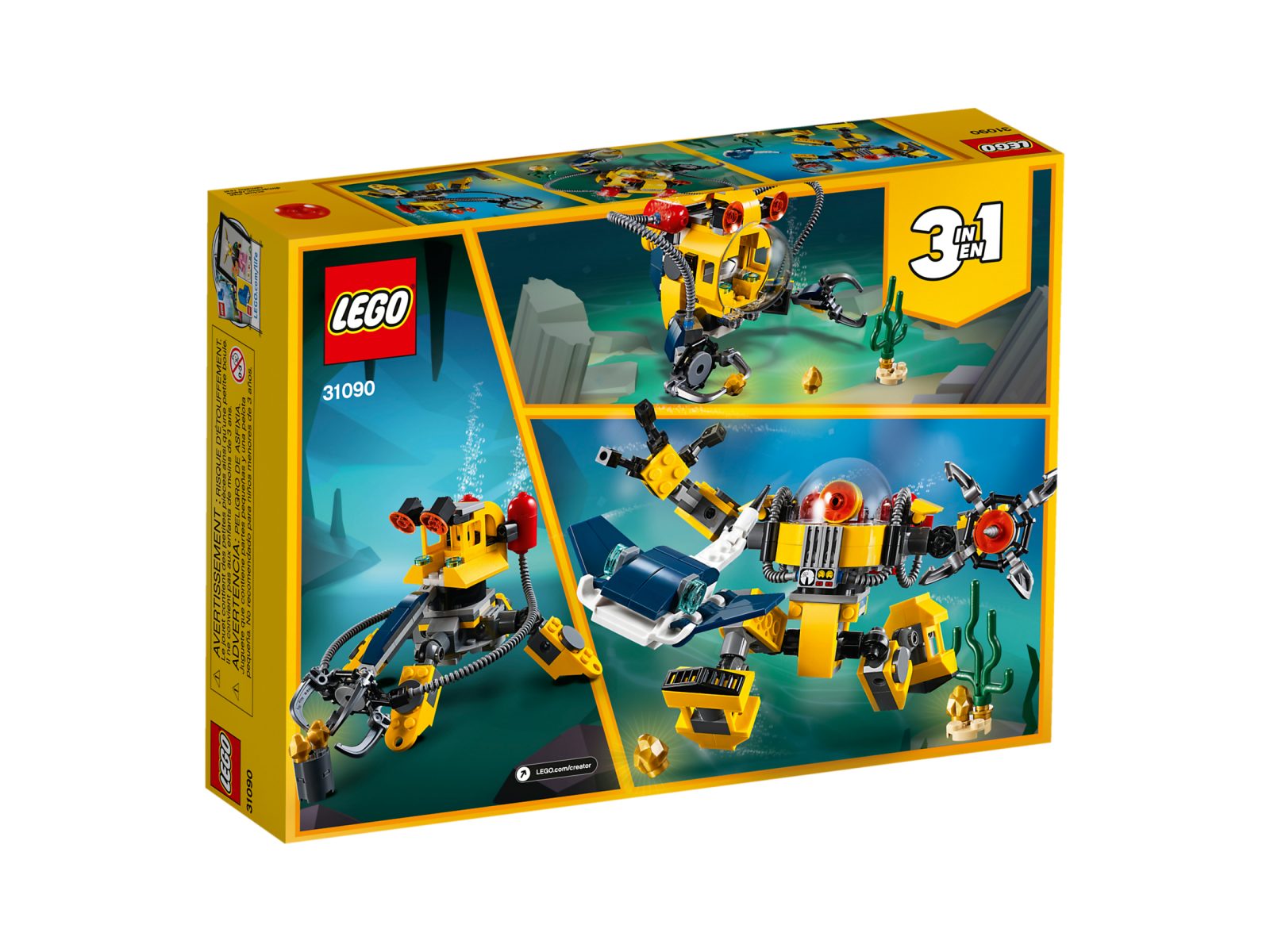 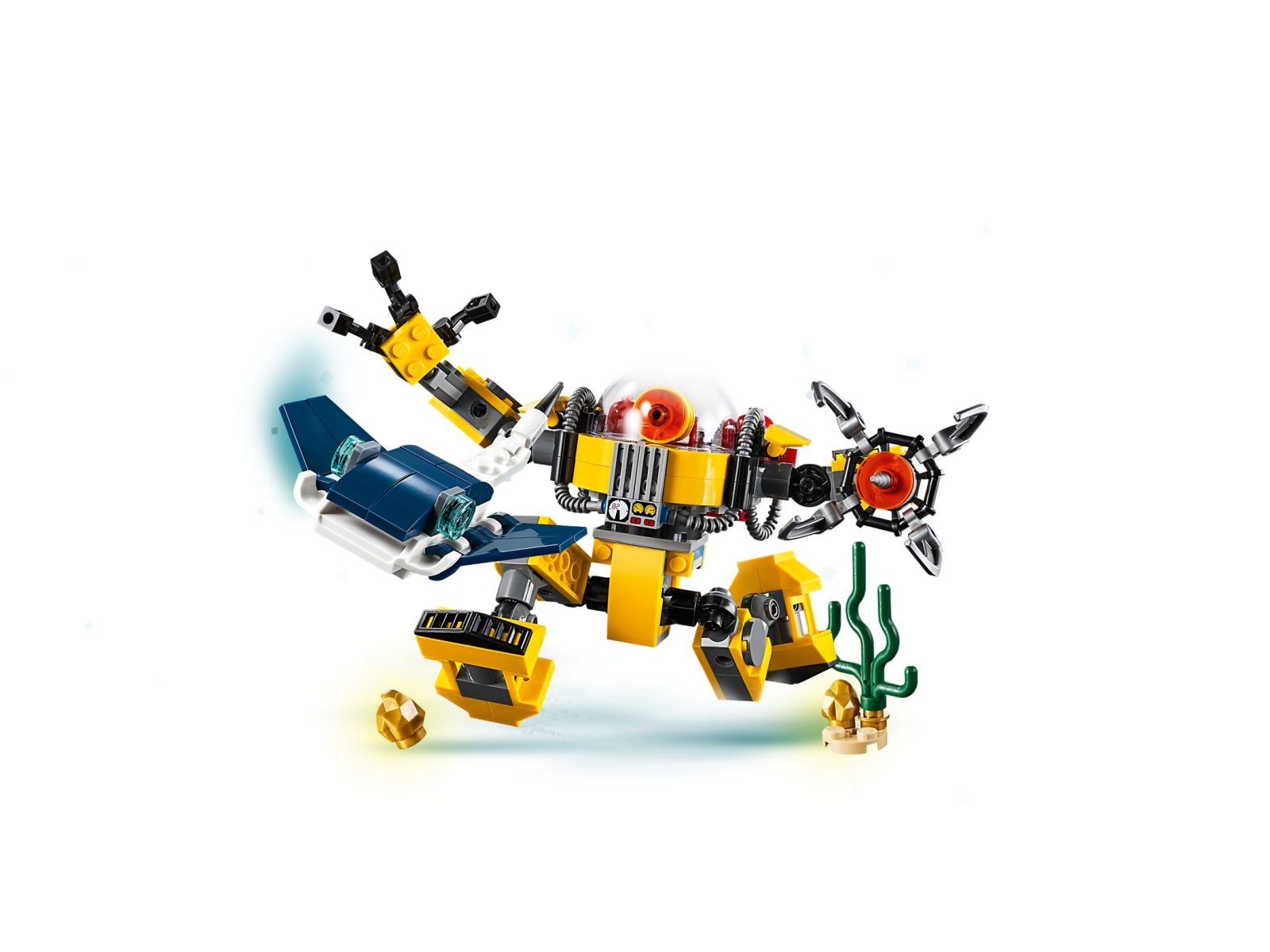 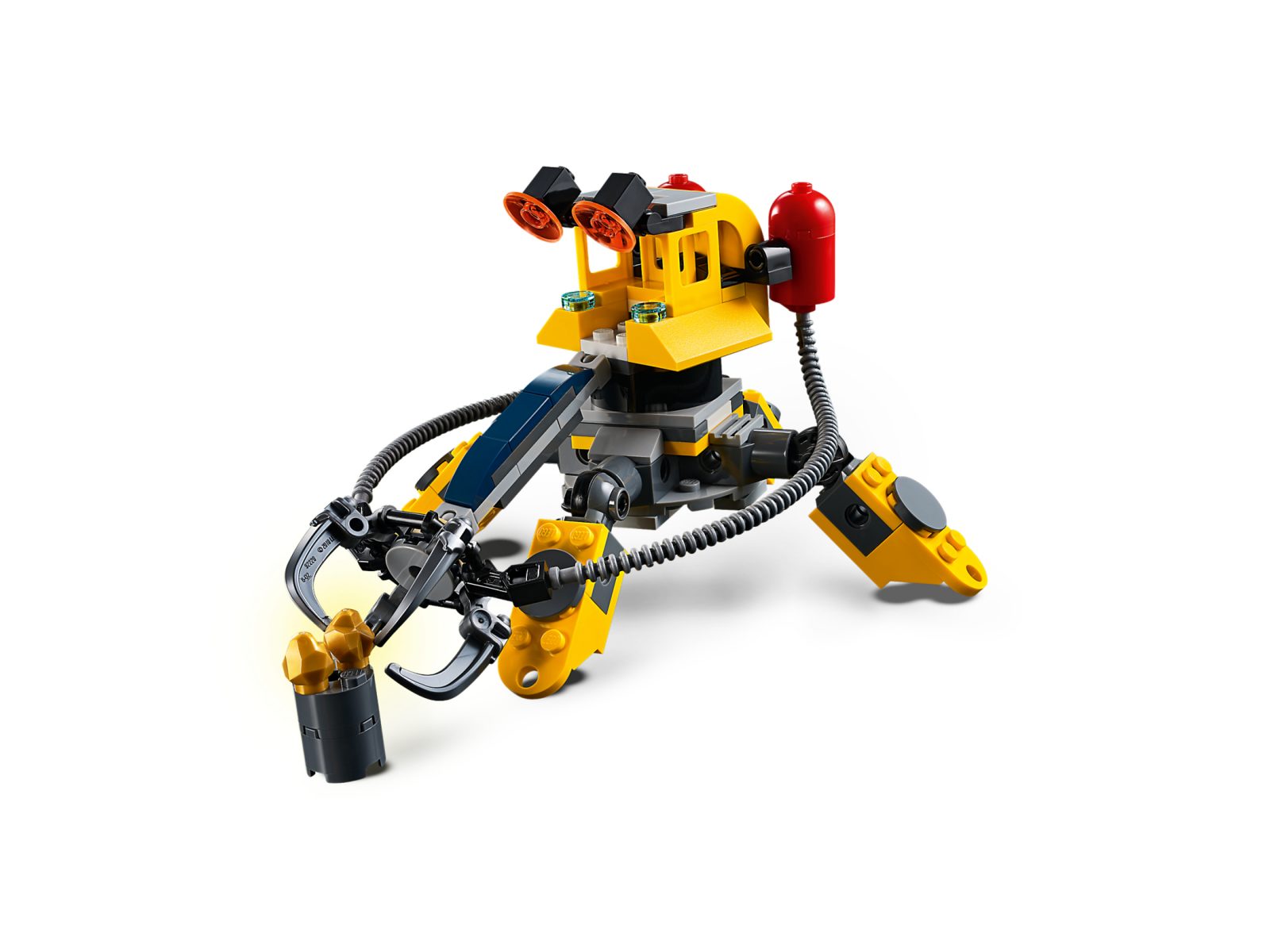 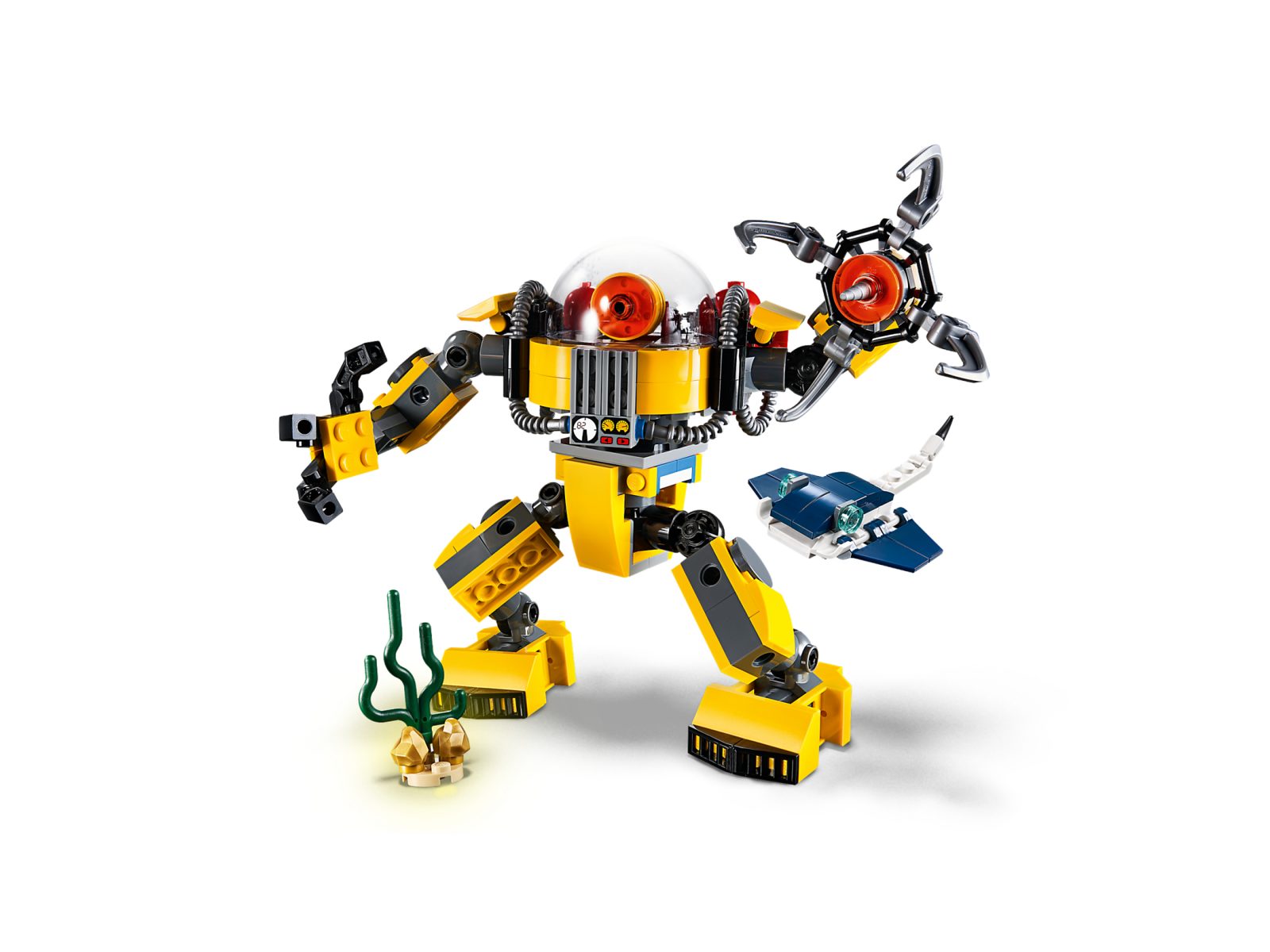 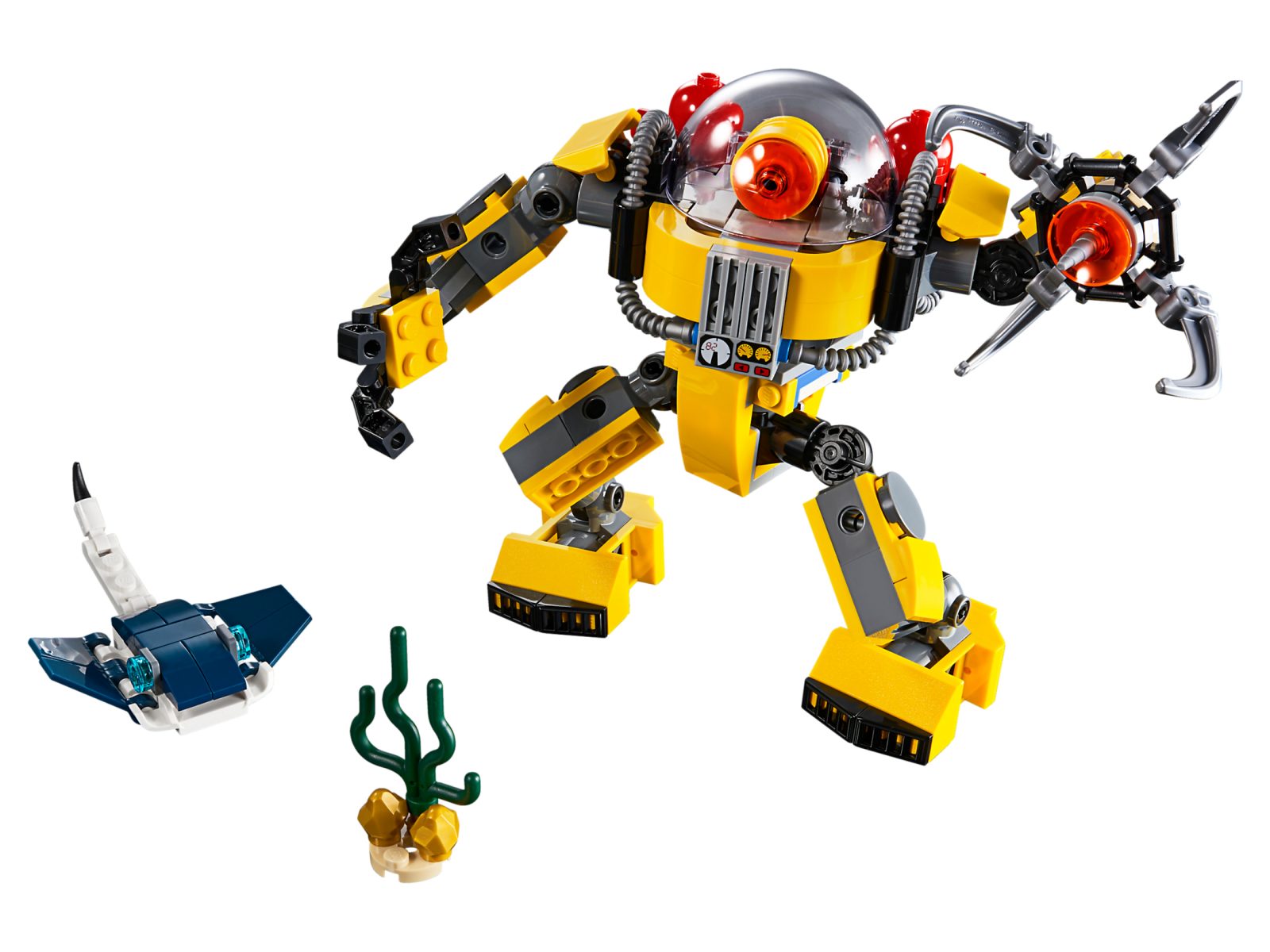 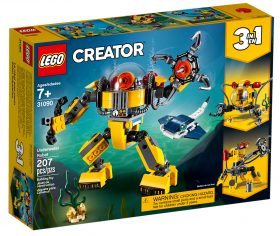 So fast and so much choice, thank you for your excellent service.

Build and rebuild an Underwater Robot, Submarine or Underwater Crane with this LEGO Creator 3in1 set!

Explore the depths of the ocean for sea treasures with the LEGO Creator 3in1 31090 Underwater Robot, featuring highly posable joints, large transparent domed helmet, red robot eye, ballast tanks and huge feet for walking on the seabed. Remove the robot eye to transform the dome into a cockpit control center. The Underwater Robot toy also has a claw and drill at the end of its left arm and a grabber on its right. This set also includes a buildable manta ray and a small seabed build with a sea plant and golden nugget elements. With LEGO Creator 3in1 sets you get 3 different build and play experiences. Build the Underwater Robot and then rebuild it to create a toy Submarine or an Underwater Crane treasure hunt center for more deep-sea action and adventure.