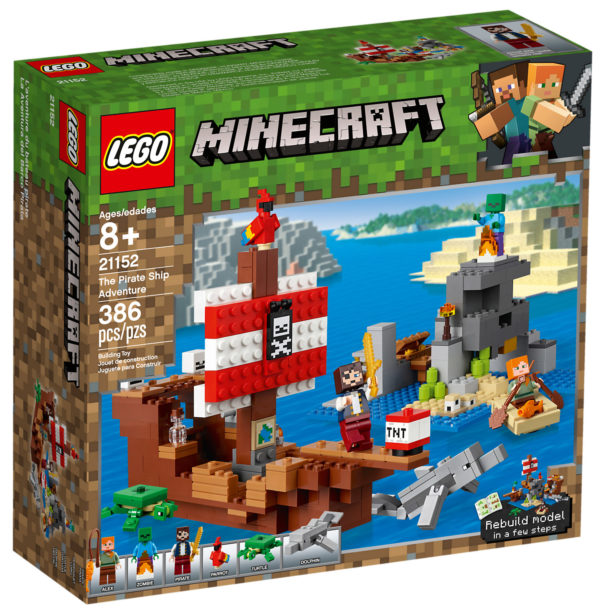 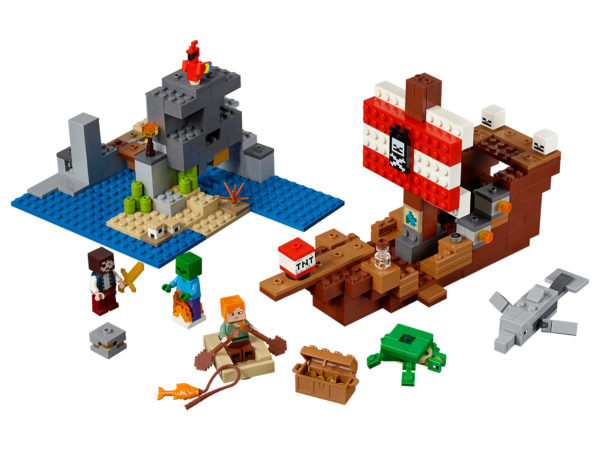 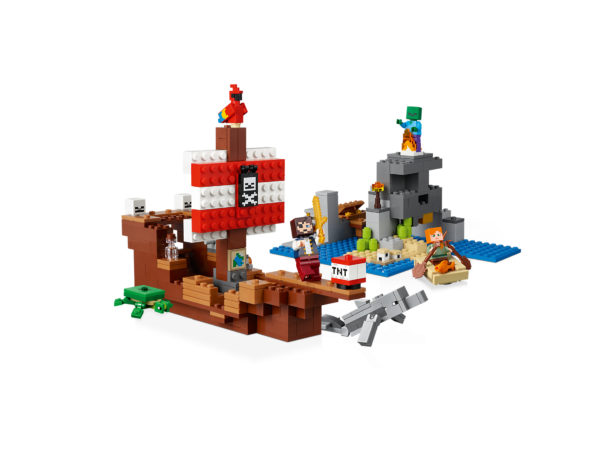 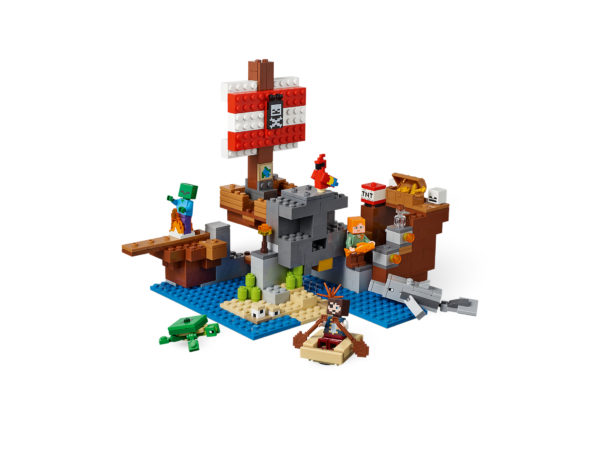 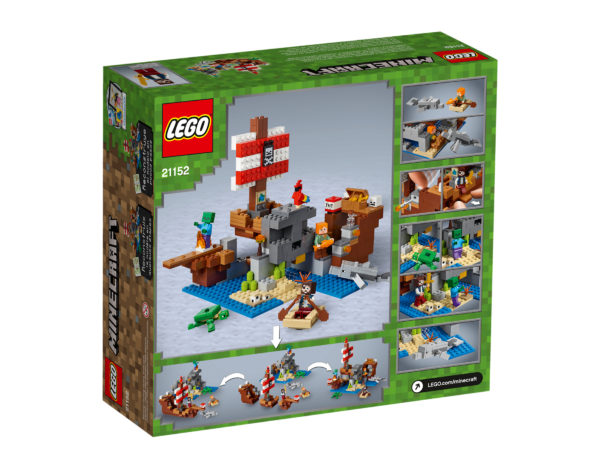 I was looking for Lego for my grandsons for Easter (don't like giving them chocolate), not only was Brick Builder one of the most reasonable priced, the delivery was extremely fast. Well done Brick Builder I will definitely be shopping with you again. Thank you for a great experience.

This item qualifies for FREE SHIPPING :)
Or 10 Interest free payments from $7.90 with

Head for an ocean biome with the LEGO® Minecraft™ Pirate Ship Adventure set!

Craft a pirate ship with gold detailing, pirate banner, gangplank, cannons and a cute resident parrot. This LEGO® Minecraft™ Pirate Ship Adventure set comes with a host of new-for-January-2019 features and characters, including a minifigure with pirate skin, a dolphin and a turtle with 2 eggs. Place the zombie in the special base for a Minecraft zombie-fire effect and ward off hostile mobs with the ship’s flick-missile cannons. Enjoy hands-on Minecraft pirate adventures with this LEGO Minecraft set. Easily swap the ship’s modular building sections to create a tropical pirate base and combine it with other sets to create your own unique LEGO Minecraft universe! Also includes an Alex minifigure.