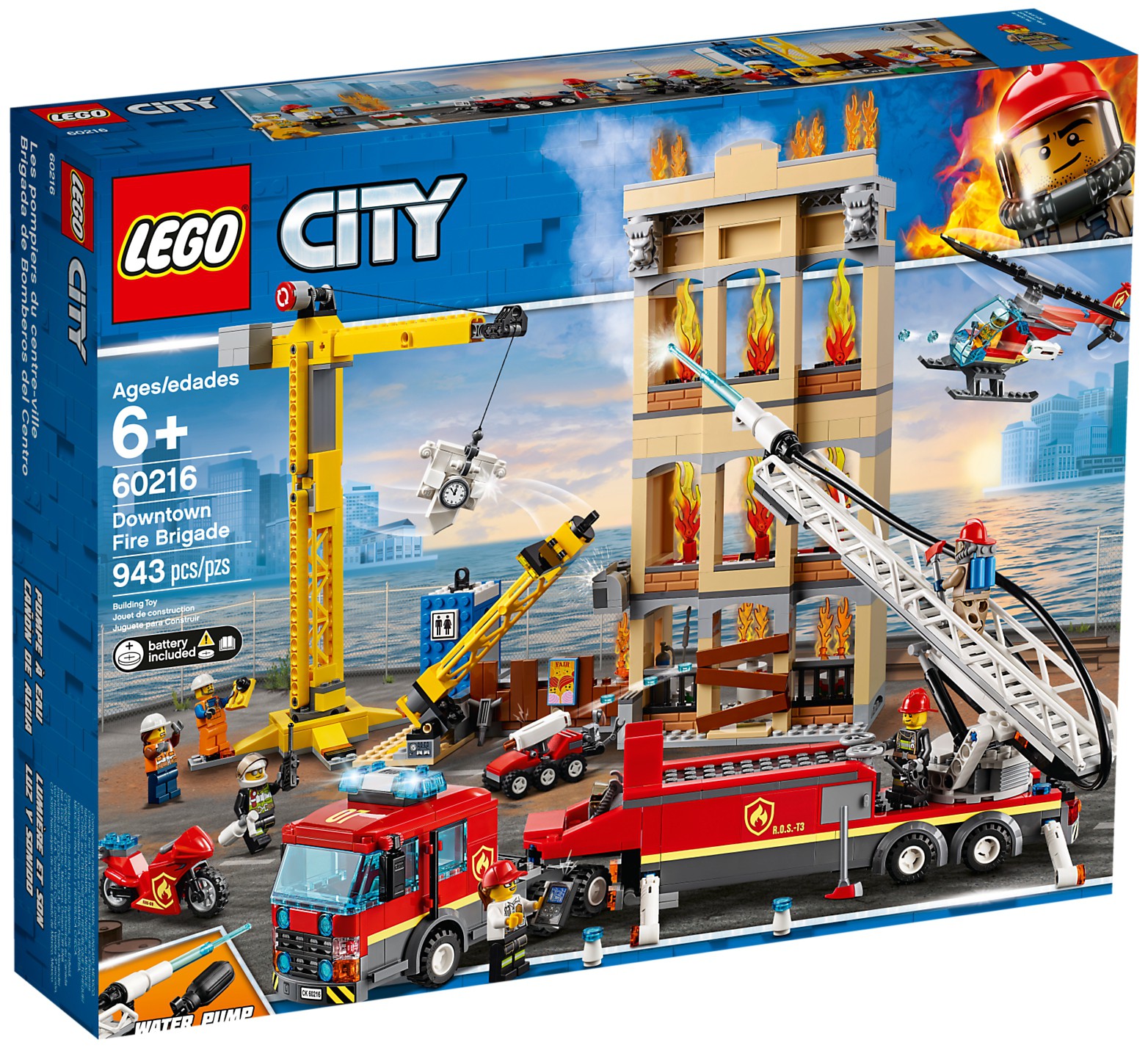 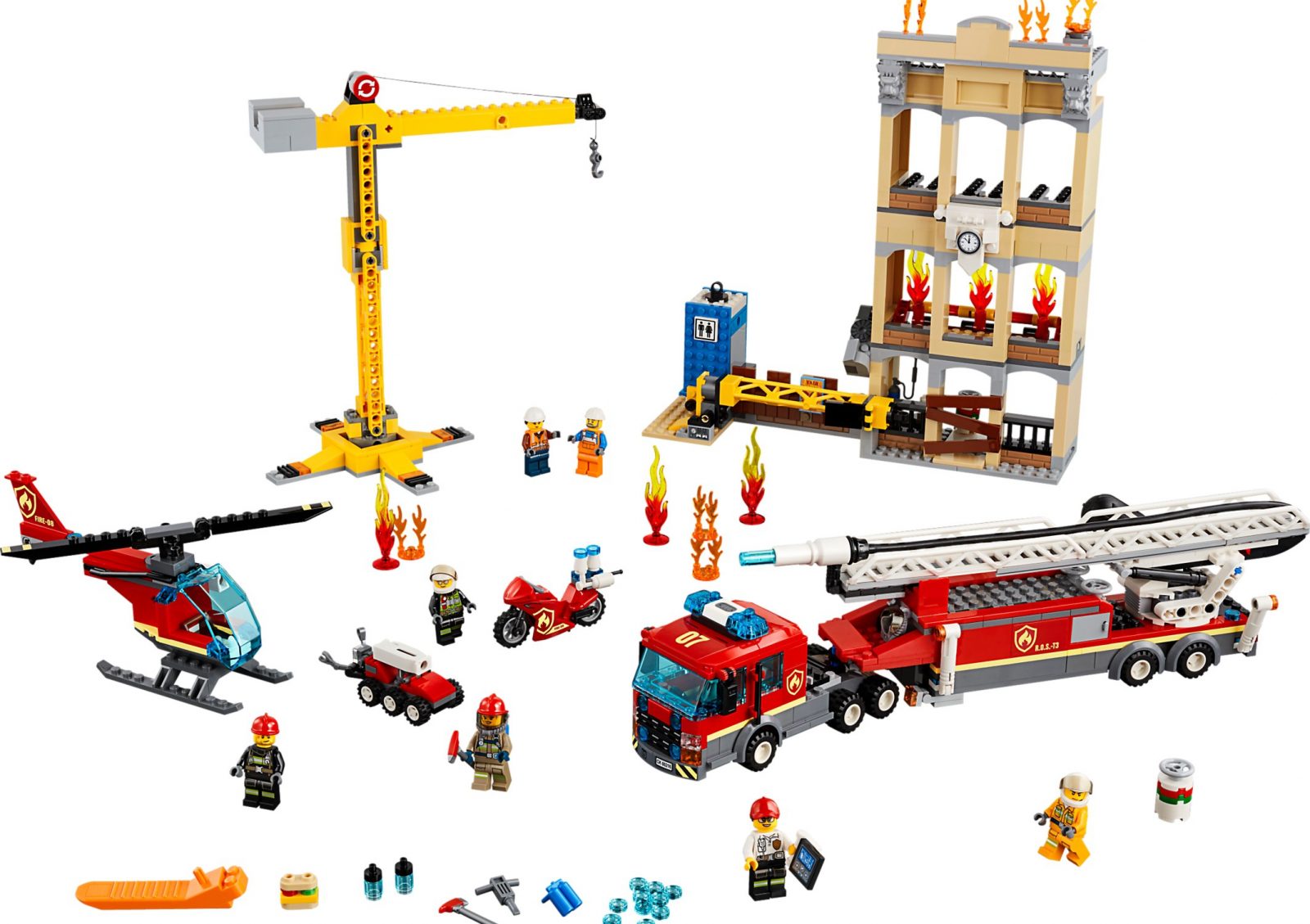 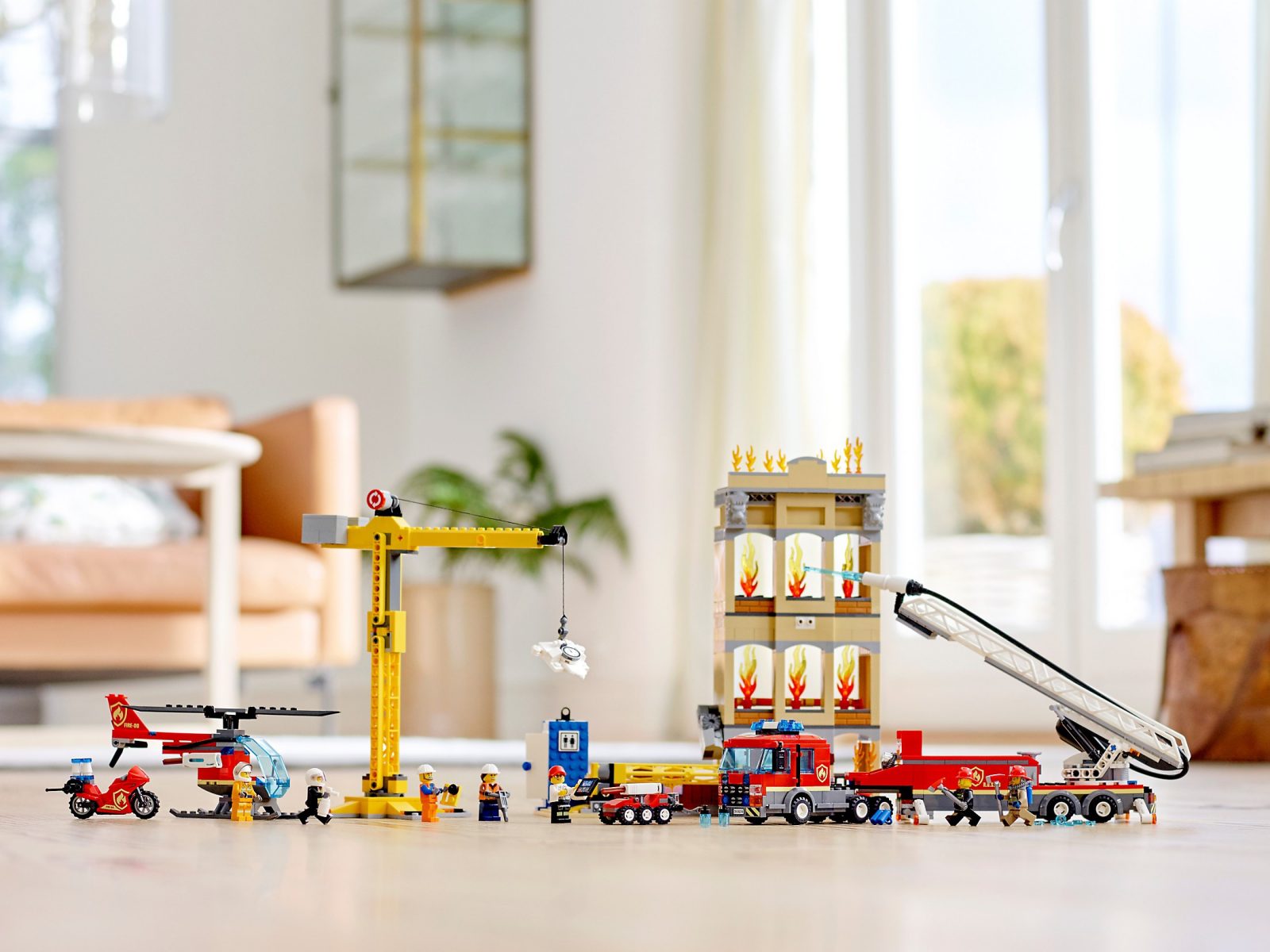 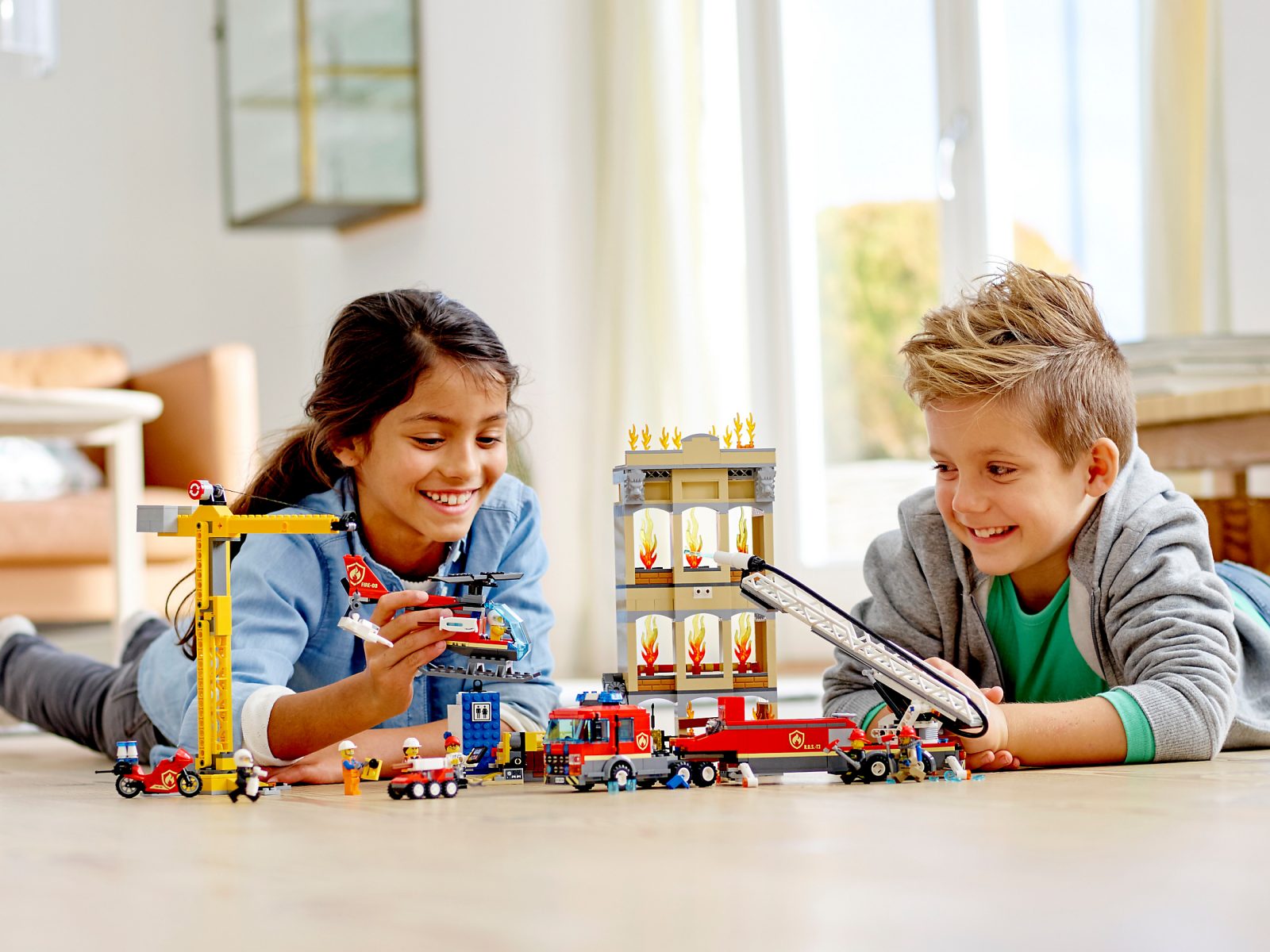 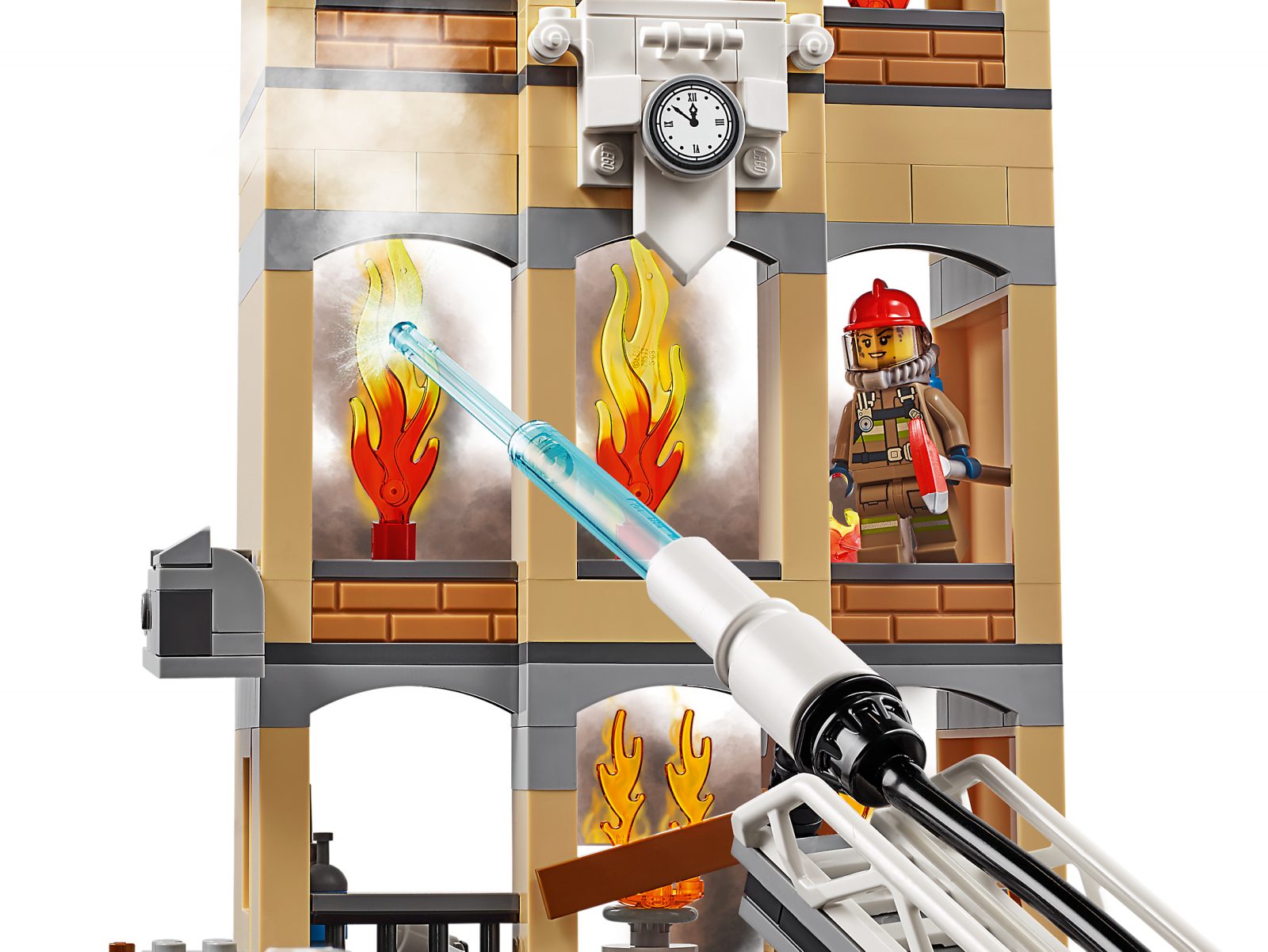 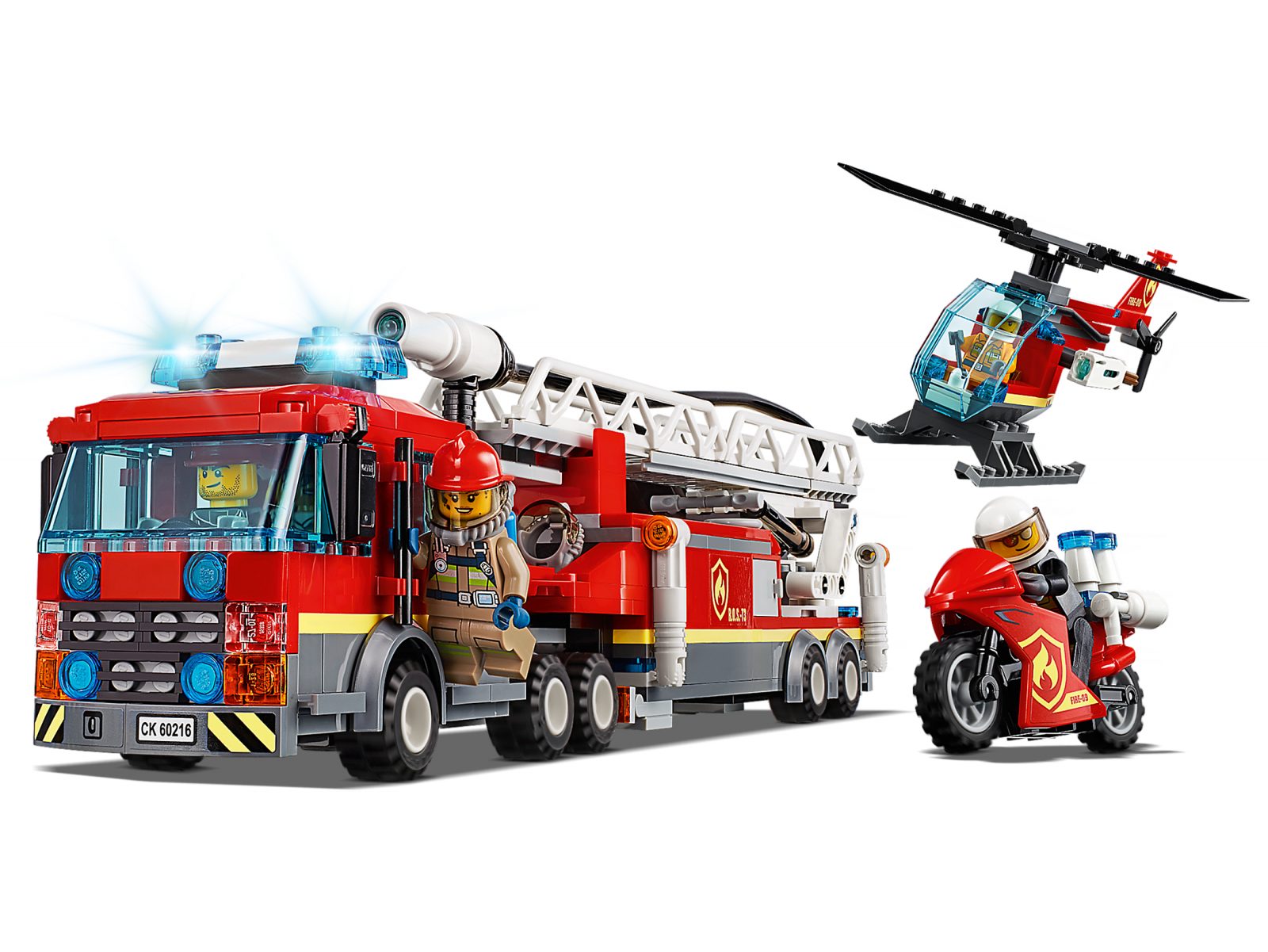 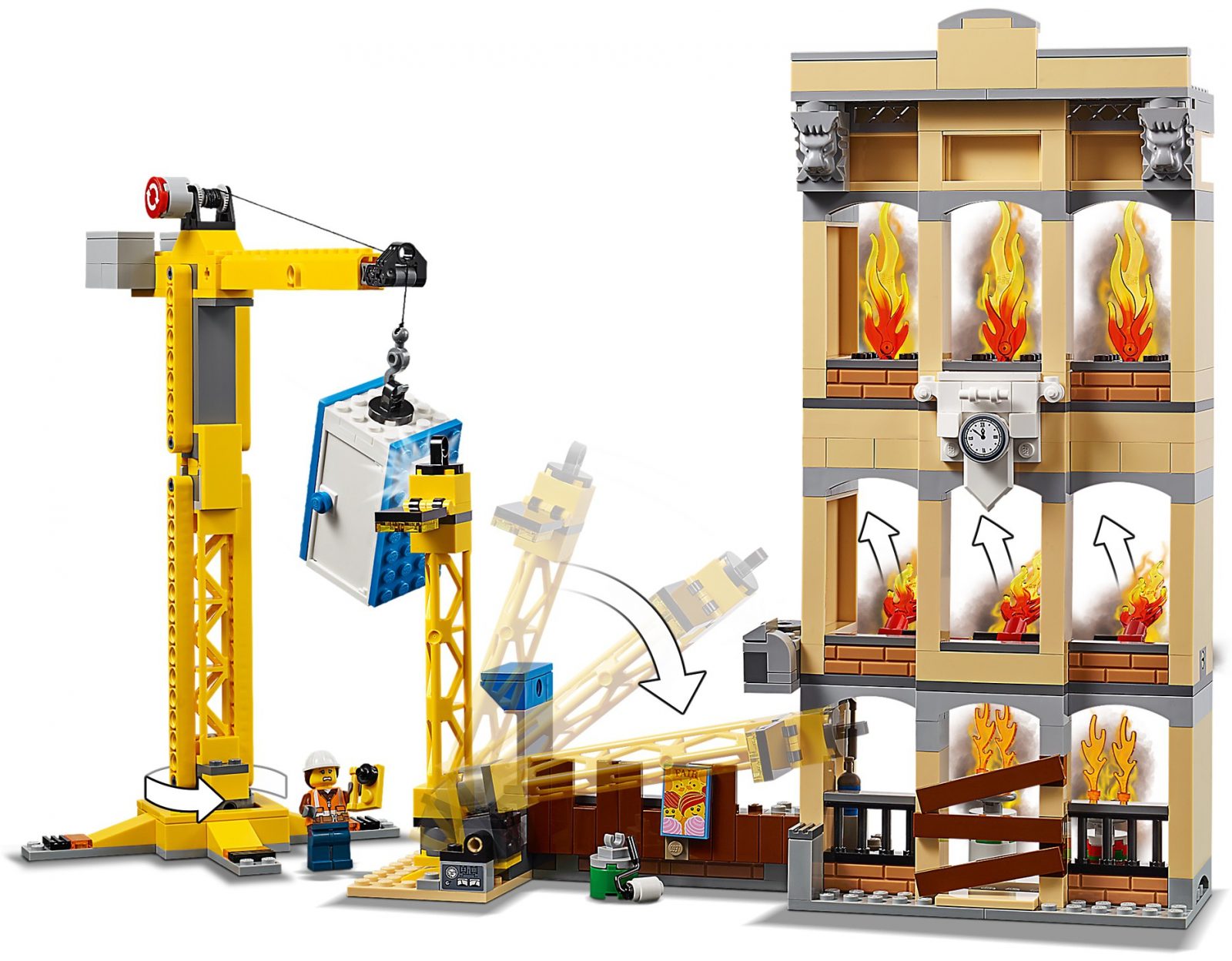 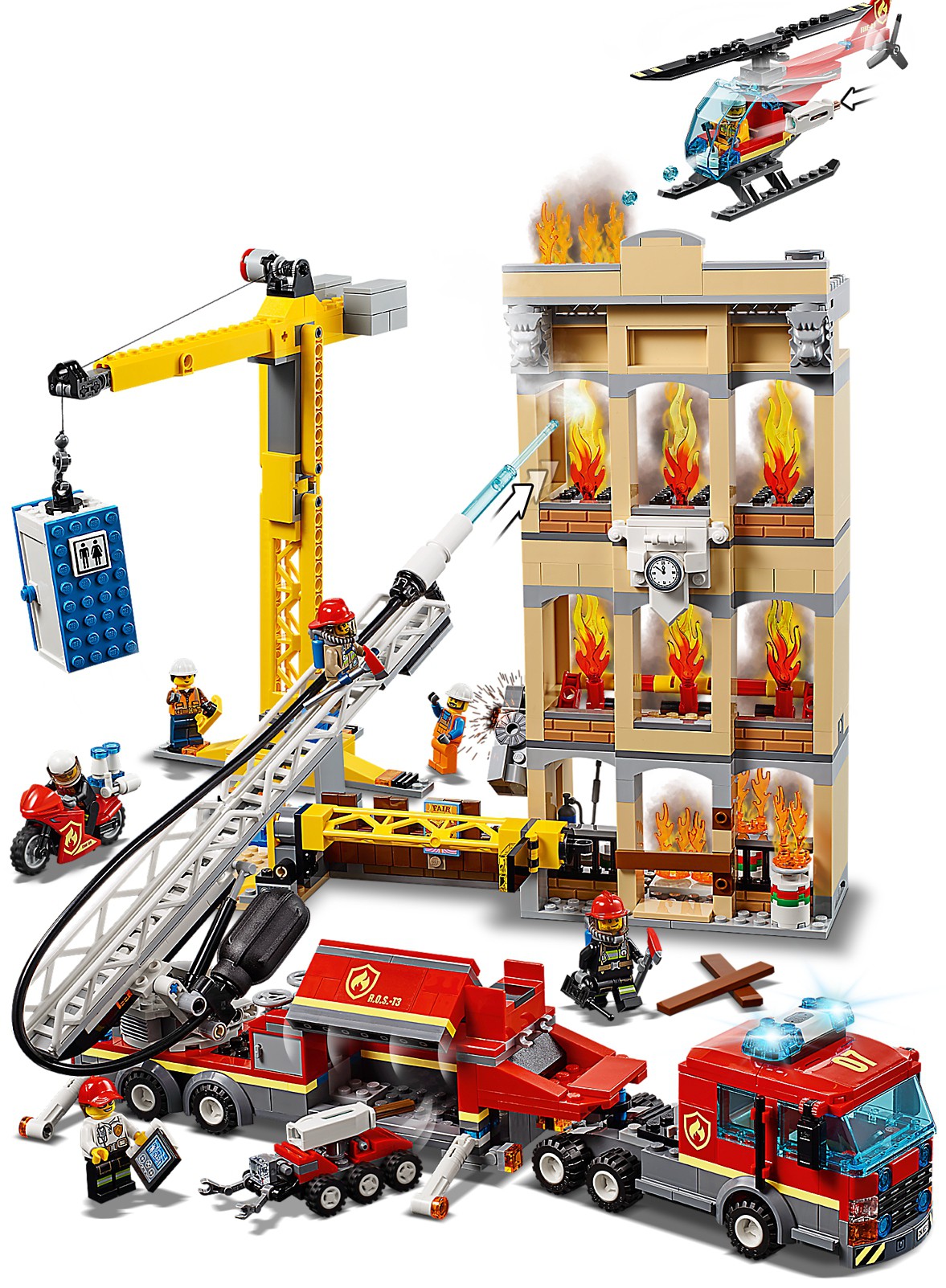 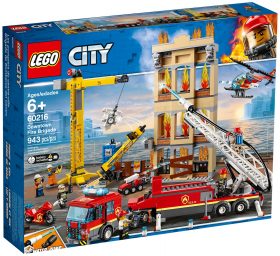 Wow! How quick!! At this time of year I ordered early to make sure it came for Christmas. I needn't have worried!! GREAT service .....and great prices too! Thank you!!

Join in the excitement downtown with the fire rescue heroes!

Protect the citizens of LEGO® City with the incredible 60216 Downtown Fire Brigade set, featuring a large fire ladder truck with new-for-January-2019 working light and sound brick, extending swivel ladder and fire hose with new-for-January-2019 pump with ‘water jet’ function. This thrilling set also includes a 3-level building with roof, construction area with fence, falling lamppost and a porta-toilet with removable top and front, plus a free-standing crane with rotating arm and functioning winch. There’s also a fire helicopter with opening cockpit and R.O.S.-T3 the ROV, both with a new-for-January-2019 3-stud shooter, and a motorbike with space for warning lights, and 7 minifigures.
Read more